Have You Seen This? Steve Aoki may have thrown the worst first pitch, ever

Steve Aoki sits for a portrait, May 4, 2019. The award-winning DJ and record producer threw what many are calling the worst first pitch of all time Monday before a Red Sox game in Boston. (Brynn Anderson, Associated Press) 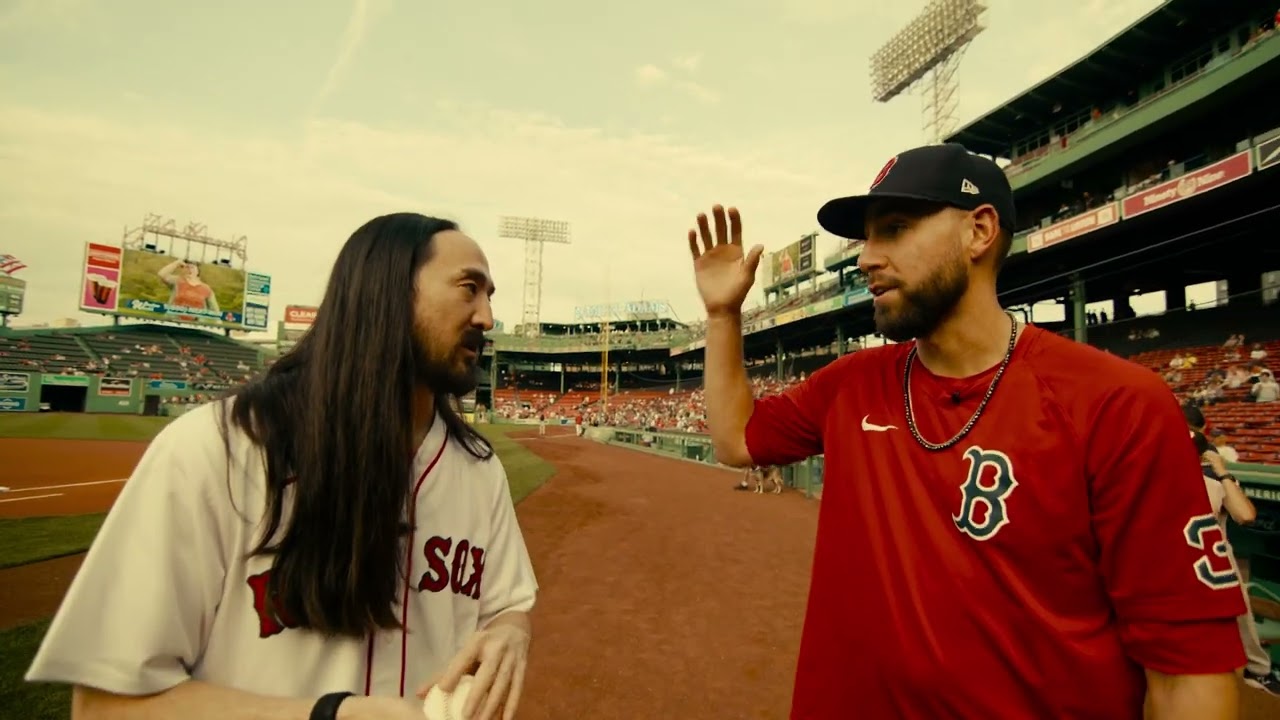 AIR MAILING IT — It's baseball season, which means a lot of ceremonial first pitches — and very few of them are thrown by celebrities, public figures and local heroes with any baseball experience.

But the Boston Red Sox may have just produced the worst ceremonial first pitch of all time.

That's what many are saying of world-renowned DJ Steve Aoki's attempt at spinning pitches instead of spinning records.

The 44-year-old record producer, who has collaborated with artists ranging from will.i.am to Linkin Park to blink-182 and Backstreet Boys, airmailed a first pitch that sailed well over the home plate at Fenway Park before Monday night's Red Sox-Astros game.

The pitch was so high that it sailed past the catcher, past the groups of camera operators, public relations managers and mascots standing behind him and onto the netting in the seats behind the plate. Fans gasped and laughed at the wild pitch, and social media erupted with jokes, alternate angles and quips about it joining the ranks of the worst first pitches in Major League Baseball history.

Aoki, for his part, had fun with the viral moment, posting later on his Instagram, "I'll stick to throwing cake" — a reference to his electronic dance track "Cake Face," and his propensity for throwing frosted desserts into the crowd at some of his shows.

The response got many others thinking: Was Aoki's first pitch intentional? There's no way one throw could be so horrifically bad, right?

"I think he did that on purpose," said NESN broadcaster Will Middlebrooks, adding, "that was predetermined."

A day later, Aoki also dropped a video of his pitch on YouTube, leaning into the failed nature of the moment, adding, "This pitching thing didn't work out for me."

So what do you think: first pitch gone horribly wrong, or a perfectly executed forced failure? Leave your answers in the comments below.

Most older siblings will be able to relate to this cat

Most siblings go through a period where the older and younger ones just don't get along.
×