Have You Seen This? Obedient crocodile comes when it's called 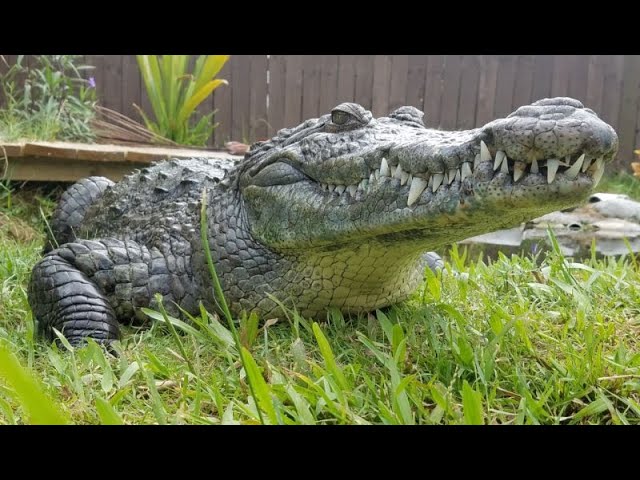 KINDER WATERS — When a friend of mine was a small child his parents would call his name over and over again but he would not respond in any way.

They took him to the doctor and some tests were run.

When it came to the hearing test, they put some headphones on his noggin and asked him to raise his hand every time he heard a beep. The beeps started loud and then progressively got more and more quiet.

The doctor started the test and my friend raised his tiny paw every time there was a beep. Even on the quietest one. The doctor then brought his parents in, sat them down and calmly told them, "Your son's hearing and everything is else is fine. He's just ignoring you."

Growing up this was one of my favorite stories to hear him tell, but as a parent I hate it. I hate it so much, because I have a 7-year-old son who does the exact same thing. I will call his name over and over only to have him stare at a wall. He can hear me; he'd just rather blankly stare at a beige wall than listen. It's partially my fault because I gave my son the same name as my friend. Not that you were planning on it, but don't name a kid Talmage unless you enjoy being ignored.

I bring this up because this video proves that it might be easier to have the crocodile Margarita in my home than my own son. When Margarita is called she comes out of her resting place, plops into the water, swims to the other bank and answers her human's call.

Actually, as I watch the video I realize Margarita obeys when her name is called, but it also looks like she's about to take a big chomp out of her human. I think I'd rather my son ignore me when I call his name than listen, run up to me and stare at me like that. I'll keep my human boy and you can keep Margarita.

Throwing snowballs is just in our DNA. There is something about seeing snow where your brain just moves your hands to cup some, form a ball and hurl it at the nearest object.
×