Have You Seen This? Brewers' slide gets the best of Dodgers reporter 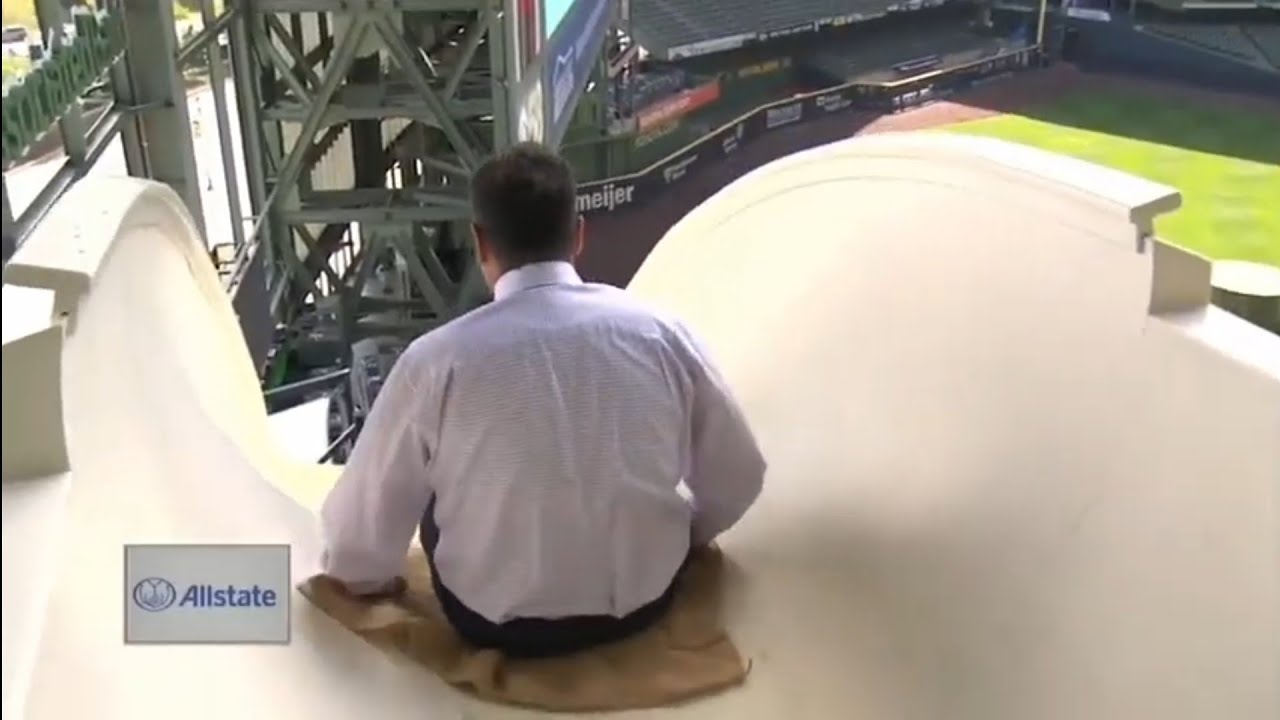 BERNIE'S CHALET — The Dodgers' broadcast crew couldn't stop laughing Wednesday when reporter David Vassegh went down Bernie Brewers' slide at American Family Field a little too excitedly and crashed into the wall at the bottom.

"David Vassegh's been talking for three days about going down the slide here in Milwaukee," Dodgers commentator Joe Davis said, before showing footage of the accident. "I've never heard anyone so excited about doing anything. David did do it today. Watch."

Vassegh reportedly broke two bones in his right wrist and cracked six ribs in the accident, according to the Associated Press.

"I do my own stunts: Tom Cruise style," Vassegh told his broadcast partners on TV after the accident.

Vassegh went down the slide twice about four hours before the Dodgers' Wednesday night game. The first time everything went fine, but then he went down again to get footage coming down at the bottom of the slide, which was when the accident occurred.

Bernie — the Brewers' mascot — celebrates Milwaukee homers with trips down the giant, white slide located behind the left-field stands.

"Next time, how about we leave it to the professional?" Bernie Brewer's Twitter account tweeted out Thursday, with a photo showing caution tape and a crime scene chalk outline where Vassegh hit the wall.

Next time how about we leave it to the professional? pic.twitter.com/2dViBfvLZI