Two of the four bears sleeping in a tree on Bruin Drive in Chesapeake, Va., on Monday. (Stephen M. Katz, The Virginian-Pilot via AP) 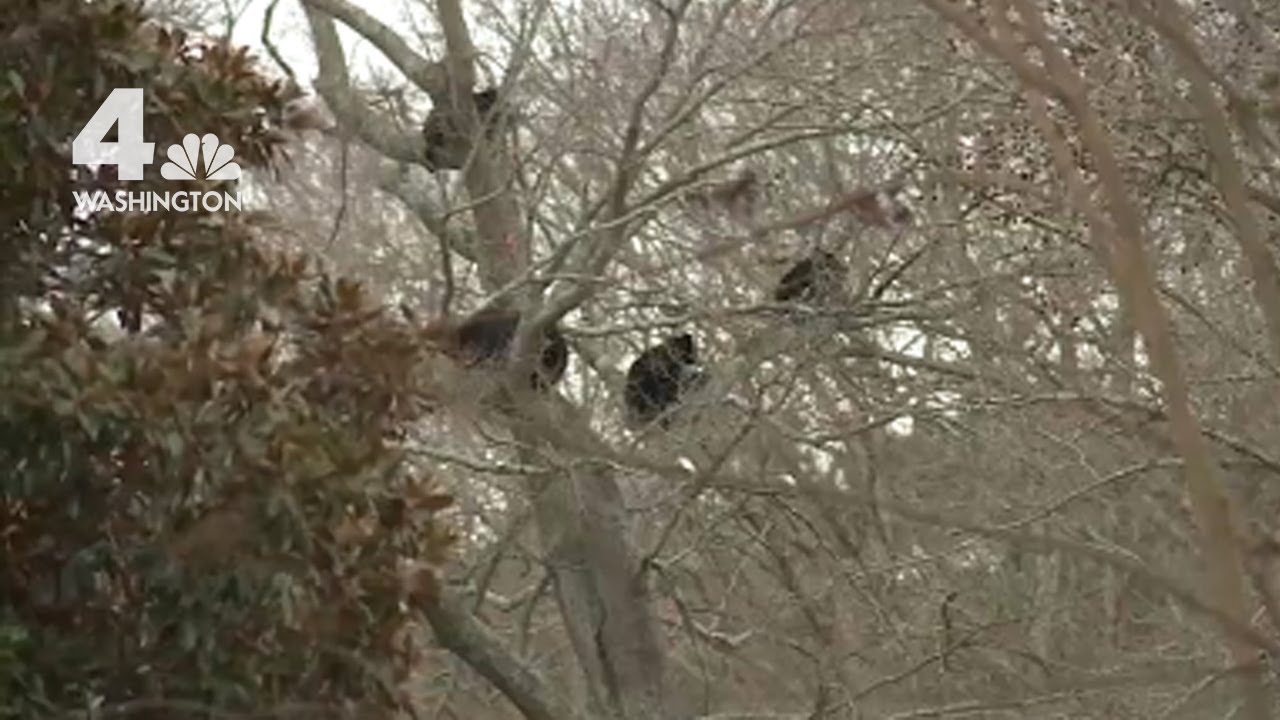 CHESAPEAKE, Va. — A mama black bear and three cubs clambered up a tree and napped in the middle of a Virginia neighborhood before voluntarily ambling on hours later, wildlife officials said Tuesday.

Officials had asked residents near the tree to stay inside and blocked off the road from outside visitors in order to give the bears "space, quiet, and time."

Police were first alerted to the bears about 2 a.m. Monday, The Virginian-Pilot reported.