Have You Seen This? Bricks in washing machine make a jump for it

Who knows why some people do what they do, such as putting a washing machine full of bricks on a trampoline. (bootsowen via Youtube) 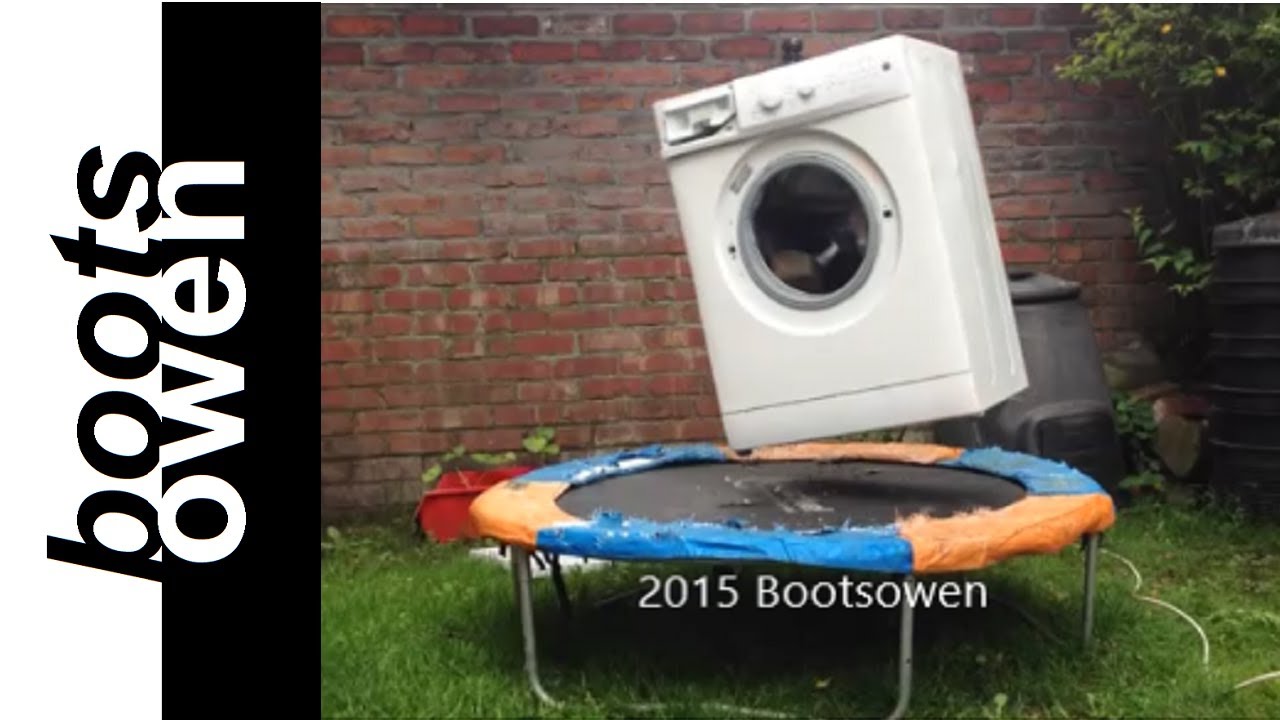 THE YARD — There is no way to know why people do the things they do.

But what we do know is that some of those things are weird or funny or awesome, and someone thinks to film it all, and then we get to reap the entertainment benefits.

In the video, Bootsowen takes a washing machine with bricks inside and places said machine on a trampoline. Then he turns it on. The results go as expected, but they are still surprising.

The machine bounces and moves in such an old, jolted fashion that it feels a little bit comfortable. But those same jerky motions make the video fascinating and hilarious. It's a roller coaster of emotions.

The machine stays on the trampoline for a surprising amount of time, but it eventually leaps to the ground and rattles itself to pieces. All with Bootsowen laughing in the background.

This is not the first video of Bootsowen putting bricks in a washing machine, and it certainly won't be the last. You may be thinking this is a wasteful pastime, but Bootsowen isn't just destroying random washing machines.

According to the about section of his YouTube channel, Bootsowen prides himself in fixing everything he can so it gets as much use as possible. It's only the things he can't fix to proper working order that he takes for his destructive hobby.

In his own words, "Sometimes things can't be fixed, either because a critical part is broken, or it is just not worth doing. But even with broken stuff you can still have some fun!"

And fun was had by all.

Sometimes we want something so bad that we try to wish it into existence.
×