Have You Seen This? Giant lizard climbs shelves at 7-Eleven 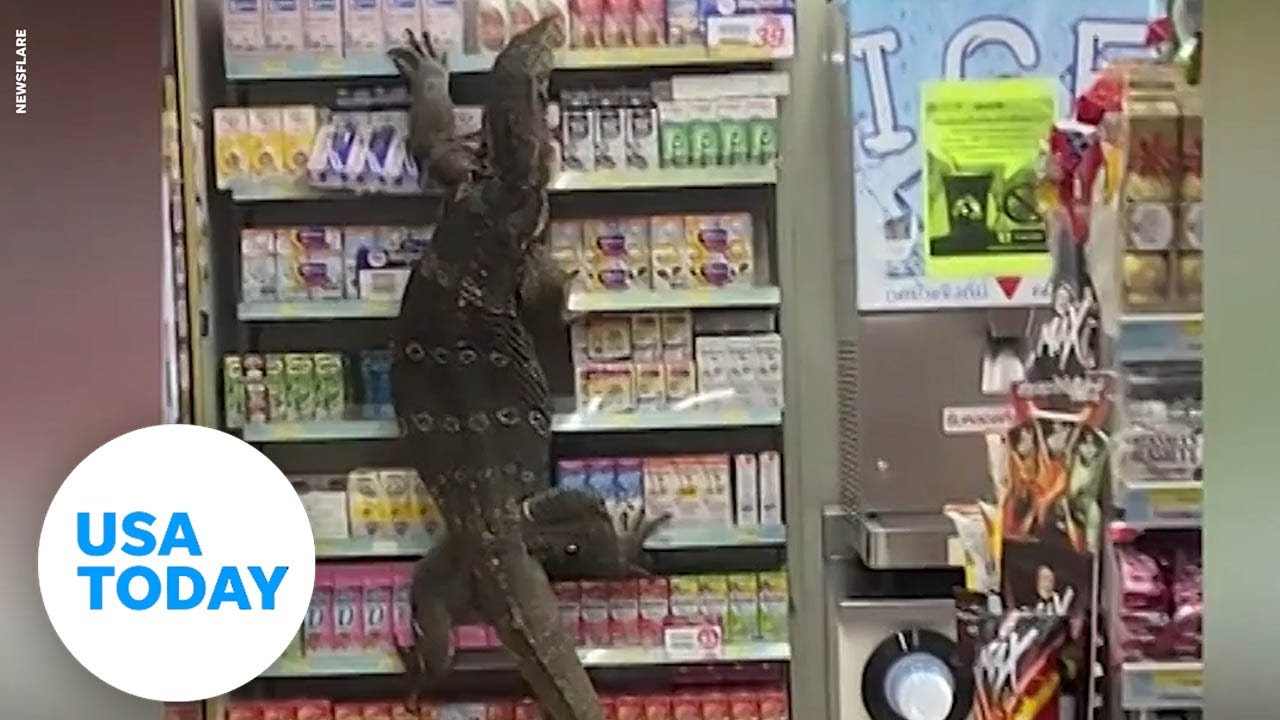 THE CORNER SEV — I have spent more hours than I'd like to admit in a 7-Eleven. A daily conversation every summer growing up involved my friends and me asking each other how much change we each had and if we should go get a Slurpee and play some arcade games.

We'd then scrounge up all our loose change, rifle through the couch to get a few more coins, and then mounted our bikes and headed to "Sev," as we lovingly referred to it.

We'd get there, try every flavor or Slurpee, then finally fill up our giant cups with some absurd concoction of mixed offerings. We'd then let a half-pound worth of pennies, nickels and dimes clatter to the counter with a small smattering of quarters. The poor underpaid clerk had to sift through the change and pick out the buttons, making sure we had enough.

We'd then head to the corner, play two quarters worth of the Aerosmith arcade game Revolution X. Then we'd awkwardly ride our bikes to the nearest church lawn and sip our Slurpees, trying to avoid a brain freeze. Those were great days.

As we got older, we started to realize seeing weird and strange things at the Sev was to be expected. An interesting clientele would filter in and out and we saw all kinds of people and odd goings on. But I have to say, I never had the pleasure of watching a six-foot lizard climb a shelf at my local Sev to rest upon the top and dare any of us to try and grab some Big League Chew lying under its belly.

That's what happened at this 7-Eleven in Thailand — sans the Big League Chew, at least.

Workers and shoppers weren't sure what to do when this giant monitor lizard waltzed in like it owned the place and slowly made its way to the top of the shelves. I'm impressed that so many slips and near falls didn't seem to startle this reptile in the least. He just kept climbing until he reached his perch.

I'm not sure how I would have reacted to this scene if I came upon it as a chap trying to get his daily Slurpee with change that had fallen out of his dad's pockets, but truthfully, I probably wouldn't have been that fazed. As I mentioned, strange things are always afoot at the 7-Eleven, but only sometimes at the Circe K.

Have You Seen This? Torpedo bomber invades Florida beach

There's nothing more relaxing than the warmth of the sun and the sound of the waves on your favorite beach.
×