Have You Seen This? Man smacks crocodile with frying pan

The owner of a tourist lodge in Australia’s Northern Territory smacked a charging crocodile with a frying pan on June 17. (Storyful Viral via YouTube) 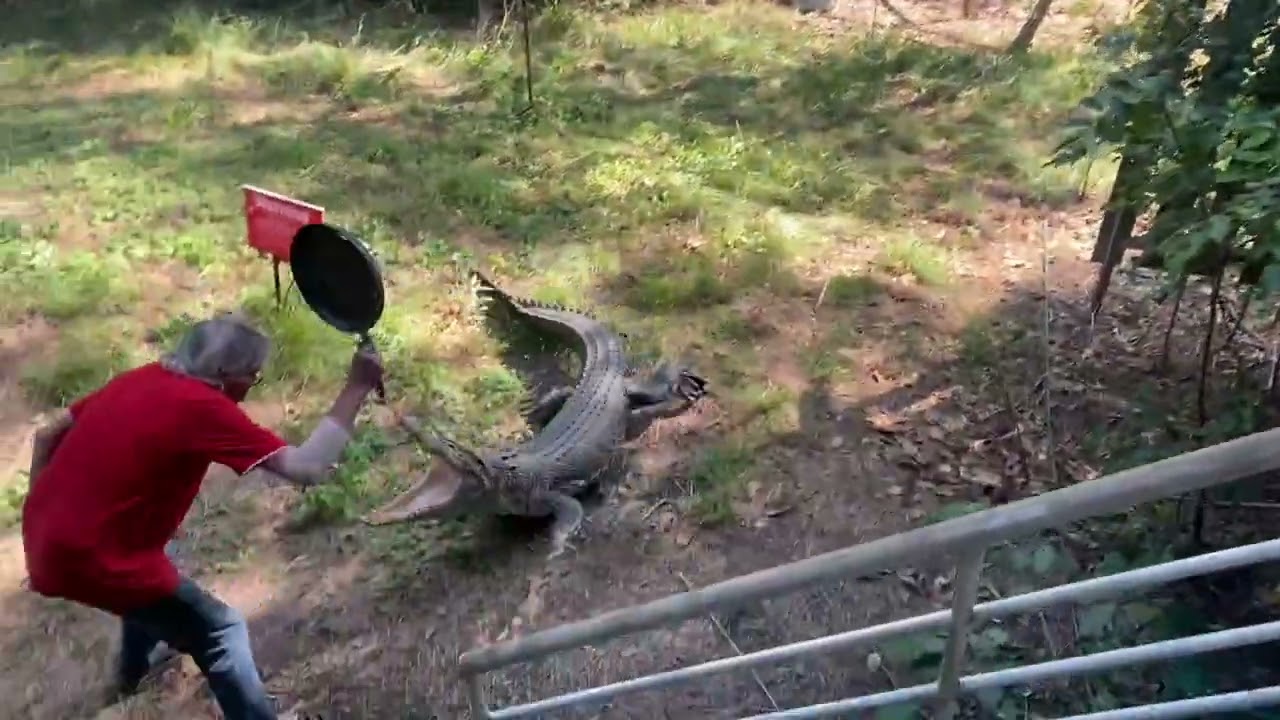 SURPRISINGLY ENOUGH, NOT FLORIDA — I think nature is beautiful.

Every time I go golfing, I hit no less than 47 balls out of bounds. Which means I'm taking at least 47 trips into the out-of-bounds areas to locate that ball I either found while looking for another ball or stole from my brother's bag. But I hardly ever find my ball and there is a reason why. I'm not really focusing on looking for the ball, but rather keeping a keen eye out — as my mind keeps saying, "Man, this is a perfect place for a snake to hang out. I bet there is a snake in here."

I then pull a ball out of my pocket, lie to my golf mates that I found it and hurriedly take a swing to get out of the area. But guess what? I hit it out of bounds again and the ballet starts all over.

I worry about snakes where I live, but in other areas, it's the gators and crocodiles you've got to worry about. If you're this guy, however, it's no worry, because you've got a frying pan — for whatever reason.

This video has been making its rounds on the interwebs and for good reason. We all assumed this was shot in Florida with the ever famous Florida man, but, no. This was captured in the OG Florida, also known as Australia. This was at a sanctuary called Goat Island, off the coast of Darwin. The man with the frying pan is Kai Hansen and he caught a male croc trying to encroach on the territory of a female croc that is apparently a popular attraction at the sanctuary.

Hansen isn't going to let this male croc mansplain territory to the female croc and smacks that fella right on the nose with a frying pan — and guess what, it worked.

The video is short but amazing as you watch Hansen stay as cool as the other side of the pillow as the big croc comes at him full tilt. No worries, though, because Hansen was apparently about to cook up some eggs and that croc was in for one heck of a bop on the nose.

If Hansen can fight off a charging croc with the same thing I use to make quesadillas then I should be able to find my ball in the brush on my local golf course, but I'm no Kai Hansen. So, I'll continue to lose golf balls, lie to whoever is playing with me and be cautious of what may be lurking behind that bush.