Have You Seen This? Draymond Green gets free throw stuck on rim

Draymond Green reacts to his free throw getting stuck on the back of the rim during Game 4 of the Western Conference Finals. (House of Highlights, YouTube) 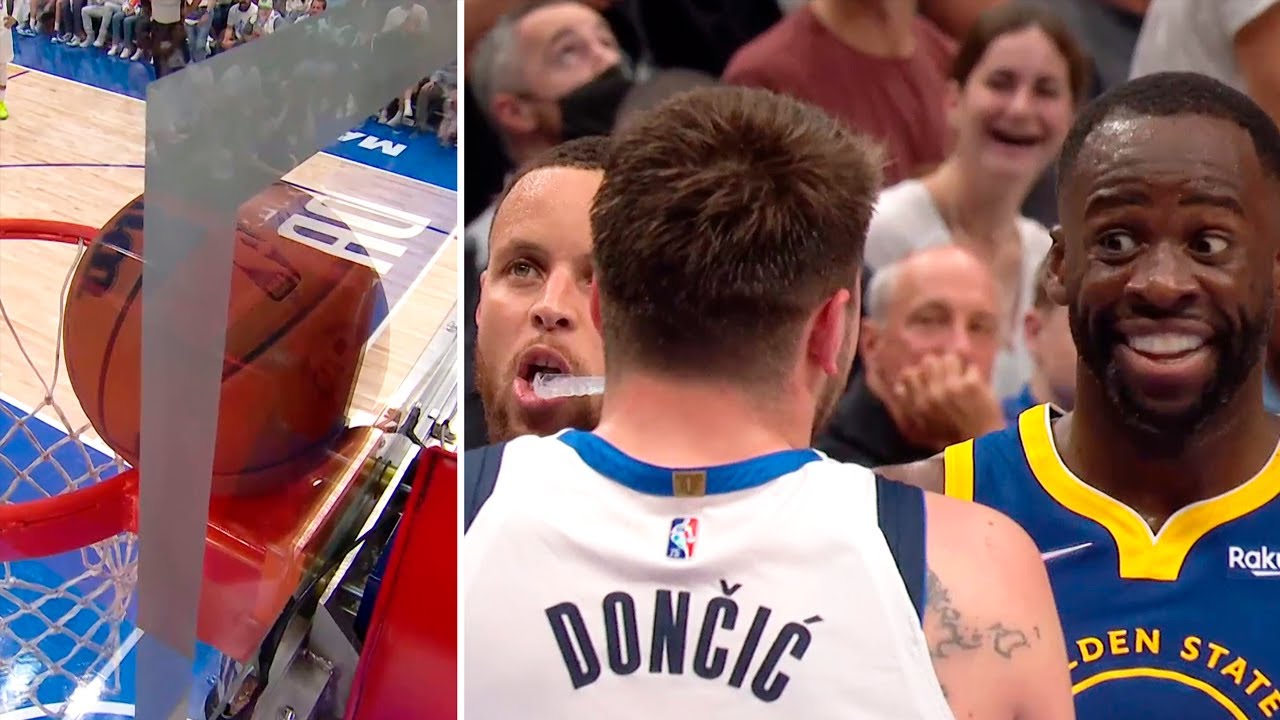 Draymond Green got a free throw STUCK ON THE RIM 🤣

BACK OF THE RIM — Players, commentators and fans were all stunned during Game 4 of the NBA Western Conference Finals Tuesday when Draymond Green's free throw bounced on the rim and then just ... sat there.

"You could shoot that more than a thousand times and that would never happen," color analyst and former player Reggie Miller said of the free throw.

Luka Doncic simply threw up his arms in disbelief when it happened and players on both benches were laughing. Dallas Mavericks forward Davis Bertans appeared to signal for a jump ball, not knowing the protocol for such an event.

"What kind of night are we having?" Miller said. "Rain delays, 16 made threes through a quarter and a half. Now Draymond Green gets the ball to pause ... on the rim! On the back of the rim!"

The Dime Twitter account referred to the stuck ball as a "ledgie," combining the term "wedgie," when the ball gets stuck between the rim and the backboard, and the ledge on the back of the rim where Green's ball landed.

The stuck ball went down as a miss and Green missed his second attempt from the charity stripe, as well. The Golden State Warriors ended up dropping Game 4 119-109 but still lead the series 3-1 heading into Game 5 Thursday in San Francisco where they can close out the Mavericks and advance to their first NBA Finals since 2019.

Tipoff is set for 7 p.m. MDT on TNT in a series that has truly had it all so far.