Have You Seen This? Movie theater caught using Amazon Prime

Have You Seen This? A movie theater is caught using Amazon Prime. (Don Lyfe, YouTube) 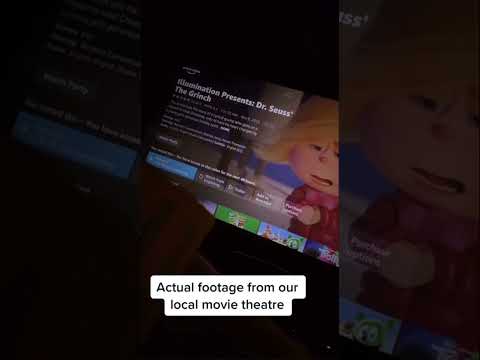 THE CINEMA — Have you ever just had one of "those days" at work? You know what I'm talking about: the days when no matter what you do, nothing will go right.

As a teenager, I worked at a roller rink. Yes, it came with all of the glamour and glitz you would assume. To give you an idea of how busy it got, we had been shut down more than once by the fire marshal because of how many people were in the building. This usually happened on a Friday night.

One Friday night — a night we likely would have been shut down had the marshal stopped by — I was working the snack bar when a woman asked for a pizza. It takes about 15 minutes to make. I took her order and then completely forgot about it as I kept helping customer after customer.

The woman came back for her pizza 15 minutes later, as she should have, and fear immediately took over my body. I hadn't even started on her order. I apologized and told her what had happened. Understandably, she was upset. I ran back and put a pizza in the oven.

About 15 minutes later, she came back and I went to get the pizza. As it was coming out of the oven, another employee took it and said she needed it for a party and took off. Again, I had to tell this poor woman her pizza still wasn't ready.

I put in a third pizza, and 15 minutes later she came back. I guarded that thing with my life. I was boxing people out like an all-star NBA center. I got the pizza, started carrying it back to the front and dropped it on the floor, face down.

I could not win that night, and apparently neither could that poor woman who just wanted a pizza as she wrangled her kids in the midst of about a thousand other prepubescent adolescents hopped up on sugar and '90s pop music.

That story is why I laugh at this video, and also feel for whoever the poor theater employee running the projector is.

A theater full of people are waiting to watch "The Grinch" for Christmas, but there are some technical difficulties. Up on the big screen, we see the theater's Amazon Prime account as the employee tries to navigate to the movie. He or she finally gets there and hits "play from beginning" — but that's not all. Not only is the secret out that the theater is just using Amazon Prime to show movies, but apparently they have hit the limit of what they can stream on their account.

No doubt some audience members were frustrated, but I can't imagine how much that employee was thinking to himself or herself, "Forget it. I'm outta here."

Have a laugh watching this one. And next time you're the customer in this scenario, let's try to have a little bit of empathy for the underpaid teenagers who are just trying to make some gas money.

It was your typical birthday party until someone noticed a giant creature floundering in the swamp. You've got to see what happened next.
×