Have You Seen This? How animals would run if they were humans 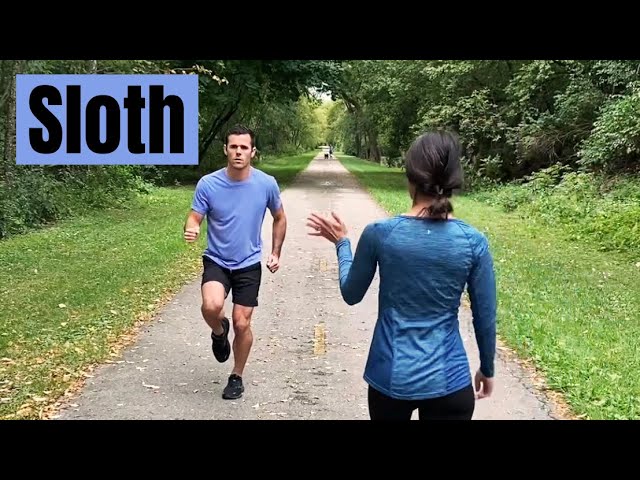 How Animals Would Run if They Were People.

Of course, there are a few exceptions. First, if a loved one is running in a competition; second, if an animal is particularly fast or clever while running; and third, watching dogs run and play. It's difficult to turn away from happy, running dogs.

But what if man and animal were combined? Suddenly running sounds a bit more interesting.

Runner Daniel LaBelle has taken that idea and made his best effort to merge man and beast. No, it's not a feat of CGI, and no, it's not some horrific "Island of Dr. Moreau" situation of misusing science to make half-human/half-animal abominations. Thank goodness.

Instead, LaBelle uses his athletic prowess and sense of humor in this video to demonstrate his version of a man-animal combination.

His human-running animals include a few birds, house pets, a crustacean and more. One writer's particular favorites are the chicken, dog and squirrel, with an honorable mention going to the horse for the vocal acting.

The video certainly is silly, but you can't argue with the fact that it's received over 34 million views in a month. It's good clean fun for the whole family.