Have You Seen This? Don't get into arguments with goats

It’s not always the head-butting you have to worry about. (Sky Garnick via YouTube) 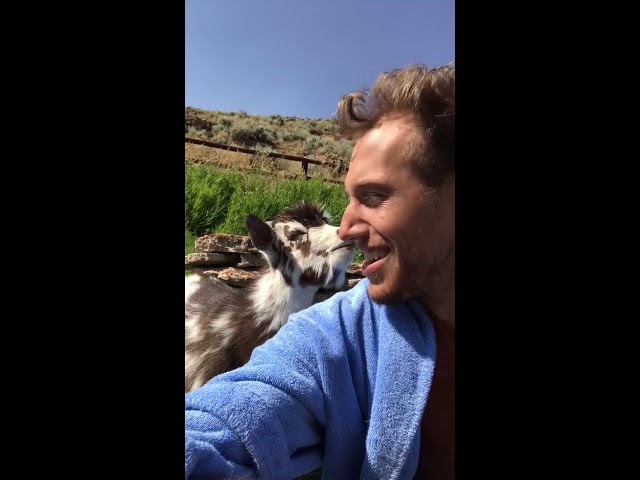 THE FARM — Getting into a fight with an animal, wild or otherwise, is never a good idea.

You may think you're smarter because you can talk and have complicated thoughts, but that's no match to survival instincts based on innumerable years of evolution. Animals will always fight to win, no matter the opponent.

Now you may think that this applies to physical fights, which it absolutely does. However, verbal arguments can also lead to "verbal" and physical pushback in animals. And yes, there is a perfect example coming your way.

In this video, you'll see a man and a kid goat enjoying a day in the sun. The goat is chewing away, enjoying the fellow's company, when the man decides to pick a fight. The kid is not pleased.

The goat starts to bleat, as one would imagine, and it moves its head closer to the man as the fight heats up. You may think the goat will go in for the head-butt, because that's what we expect it to do, but it draws it's head closer for another reason — to blow raspberries.

Hissing and spitting, spitting and hissing, goes the goat, just like a kitten trying to prove it's hot stuff. And you guessed it, it's hilarious.

The fight winds down with the goat's bleats getting smaller and smaller like it's determined to get in the "last word." The man asks to kiss and make up, but it was all a trick, and the goat gets one last raspberry that blows straight into the man's mouth.

In conclusion, getting into a fight with an animal, wild or otherwise, is never a good idea.