Have You Seen This? Mid-game racket switch leads to gold medal 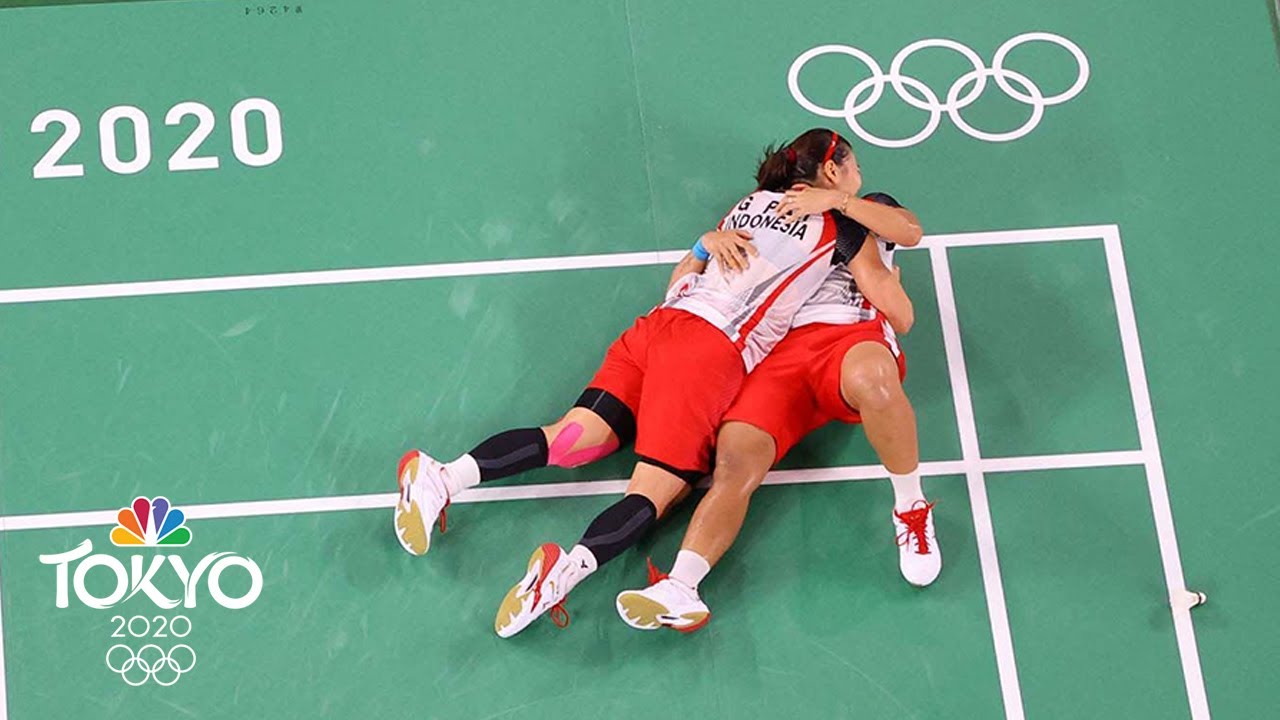 TOKYO — Most of us think that we've played badminton a time or two at backyard barbecues or family reunions. We might casually hit the birdie back and forth over the net, chuckling at the absurdity of the game.

Be aware that what you were doing was NOT badminton. Because the sport of badminton is fast, furious, and intense.

One of the most amazing badminton rallies comes to us from the Tokyo Olympic Games. Indonesia's unseeded pair of Greysia Polii and Apriyani Rahayu faced the daunting task of taking on a dominant team from People's Republic of China, who also happened to be the former world champs. The winner would get a lot more than bragging rights — they'd claim the gold medal.

The Indonesian team needed just three points to secure victory and top the medal stand. But then a string broke on Polii's racket (this isn't unusual when you're swinging as hard as they do). The video shows her sprinting off the court, grabbing a replacement, and rejoining the action without missing a beat.

The People's Republic of China team was unable to capitalize on the advantage, ultimately losing the point.

How incredible is that? Moments from winning the world title in your sport, you suffer the kind of equipment failure that would sink an amateur. Yet a pro-like Polii is able to maintain composure, find a solution, and take home the title.

That's why she's competing at the Olympics in Tokyo and not just lazily bumping a birdie over the net until the hamburgers are done at the barbecue.

How Pez dispensers should be loaded — or not

Is it a hack or just a hoax? I'm hoping it's a hack because it's awesome.
×