Have You Seen This? Best 'One Shining Moment' of March has nothing to do with Baylor or Gonzaga 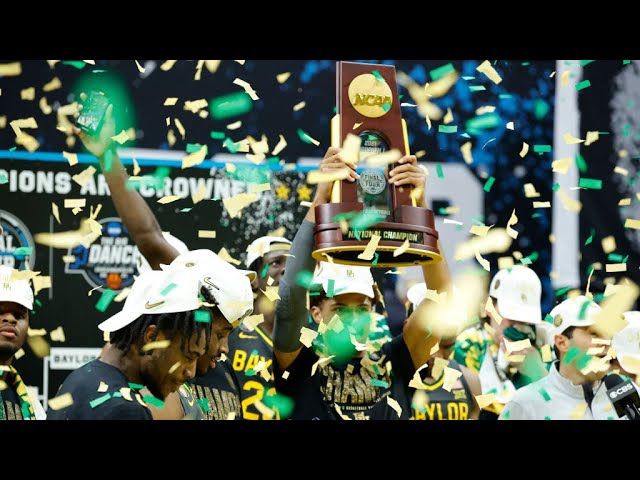 THE BIG DANCE — There's nothing like the NCAA Tournament.

Regardless of your feelings or fandom toward college basketball, the tournament as an event and a phenomenon is one of the biggest events in sports, raking in billions of dollars for the NCAA, its member schools, and broadcast partners CBS and Turner. Last year's canceled tournament resulted in a $600 million decline in annual revenue, according to USA Today, and that was after various insurance policies and other means to recoup whatever could be collected in the tournament's aftermath.

So when the lights were dimming over the Bears' latest mauling and the Zags' second title game loss under head coach Mark Few, the playing of this year's "One Shining Moment" was extra special.

And it was even more special for one of the tournament's 32 teams that didn't make it out of the first round.

Skip to the 1:34 mark of this year's video. You'll see a player from Grand Canyon University making a block. The action slows, and then ever-so-briefly pauses on No. 4.

That's Oscar Frayer, a senior at GCU and the emotional heartbeat of his team this year. The 'Lopes of Grand Canyon, which is not a billion-year-old geological formation but a formerly for-profit university in Phoenix that made the jump from NAIA to NCAA Division II to Division I in 2013, beat New Mexico State to win their first-ever Western Athletic Conference Tournament title. That gave them a spot in the coveted field of 68 for the first time in program history.

GCU's tournament was over almost as soon as it began, with an 86-74 loss to Naismith player of the year Luka Garza and Iowa in the first round. But their impact on the university will be remembered for a long time — possibly forever.

Ditto for Frayer. The 23-year-old senior center made his 107th career start against the Hawkeyes, tied for the third-most in the 'Lopes' Division I era.

O got his One Shining Moment. 💜#O4Everpic.twitter.com/OsHT8CLlz2

Three days later, the school's all-time Division I leader of 93 blocked shots was tragically killed in a car accident in his native California. Frayer, his older sister Andrea Moore and a friend all died in the crash.

So when CBS producer Alanna Campbell was putting together this year's "One Shining Moment," she left an extra few seconds to Frayer. It seemed the only way to commemorate GCU's historic maiden voyage into the Madness.

"We love O," said GCU coach Bryce Drew, the brother of Baylor coach Scott Drew who won the title. "He was the heartbeat of our team with his vibrant, energetic personality. I cannot put into words the hurt and sadness we all feel, but we know he is in heaven and that gives us great joy to know we will be together again."

Frayer, whose friends and teammates all called him "O," was a high-flying, rim-protecting big man who made history in March. Off the court, he had the biggest smile on the team and was scheduled to walk at graduation this month to receive his degree in communications.

Rest in peace, O. May we all appreciate your 'One Shining Moment,' now more than ever. 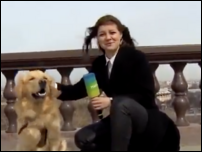 Dog steals mic and runs away during live Russian broadcast

Seeing a TV broadcaster break character is a rare treat. Seeing one run after a dog mid-sentence is even better.
×