Garth Brooks invited some of his friends in low places to start a conversation with his first Facebook video in 2014. (OnlineFuel, YouTube) 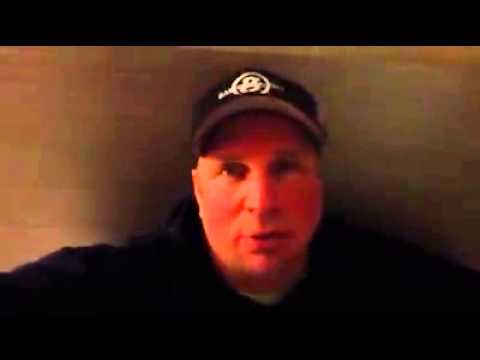 NASHVILLE — I was once hanging out with some Nashville musicians and someone brought up the topic of Garth Brooks. The musicians all said they'd crossed paths with him many times over the years and agreed that he's a genuinely nice and talented person.

But then one of the guys got a serious look on his face and said, "I just wish he hadn't made that weird Facebook video back in the day."

The rest of the group had no idea what he was talking about, so the musician pulled up the video on his phone. Garth apparently had decided to create a Facebook profile in 2014, and to commemorate the occasion, filmed the following video from his hotel room:

Now that we know Garth is coming back to Utah for a pair of epic concerts, it's worth revisiting the video and asking this essential question: Is his video funny, creepy or just plain old endearing?

Let us know your opinion in the comments section. Because if this is truly a conversation, then I say let the conversation begin.

Everybody loves playoff hockey. Everybody, that is, except maybe Toronto Maple Leafs forward Kyle Clifford, who was assessed a one game suspension.
×