SALT LAKE CITY — Utah Sen. Mike Lee said he's not happy with the way the Afghanistan evacuation is going, and he believes the Aug. 31 deadline should be extended to get all U.S. citizens out and those Afghans who helped U.S. Troops.

"There's nothing short of a humanitarian crisis unfolding right before our eyes," said Lee. "It's absolutely tragic what's happening there. My thoughts and prayers go out to the Afghan people, for U.S. citizens, to the holders of special immigrant visas."

Sen. Lee blamed the current administration, saying there should have been a much better exit plan, after 20 years of working with the Afghan people. 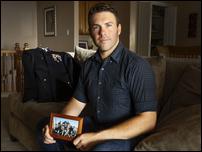 Jeremy Ruppe and his circle of military friends have taken to calling the catastrophic scene that unfolded amid the U.S. withdrawal from Afghanistan their generation's "fall of Saigon."

His best friend's Afghan family is still stuck in the war-torn country and the deadline is fast approaching.

"I fear for their life, every minute of every day," said Waymen. "The Taliban knows that they help Americans and coalition soldiers, and they are actively hunting them right now. They should get every chance to come here, live their best life here in America. People are too wrapped up between the left and the right that they lose track of what is right and wrong."

Frogh, 22, is the brother of Waymen's best friend and is in Afghanistan, trying to get out, along with 10 other family members.

"If they got aware that I am a brother of an American soldier, they don't let us alive," said Frogh in a zoom interview with KSL NewsRadio's Dave & Dujanovic show. "We are trying several times a day to get into the airport, but we got failed. Because whenever we go to the airport, the American troops don't let us to go inside because they just want American passport."

Sen. Lee said he's aware of stories like Frogh's and is doing everything he can to get them out.

"We're doing everything we can in our interaction with the Department of Defense and Department of State to make sure those people can get a path out," he said.

Frogh can only hope and pray that will happen.

"I want to be together one day with my whole family — happy and safe. This is the only thing I want right now," said Frogh. 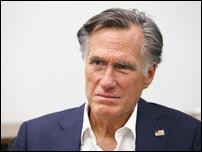 Romney: Biden's Afghanistan withdrawal the biggest 'mess up' in his lifetime

Sen. Mitt Romney said President Biden must do everything possible to evacuate American citizens and Afghan allies from Afghanistan.
×