After the draft: Here's how Zach Wilson, Brady Christensen and Penei Sewell were welcomed to new NFL teams 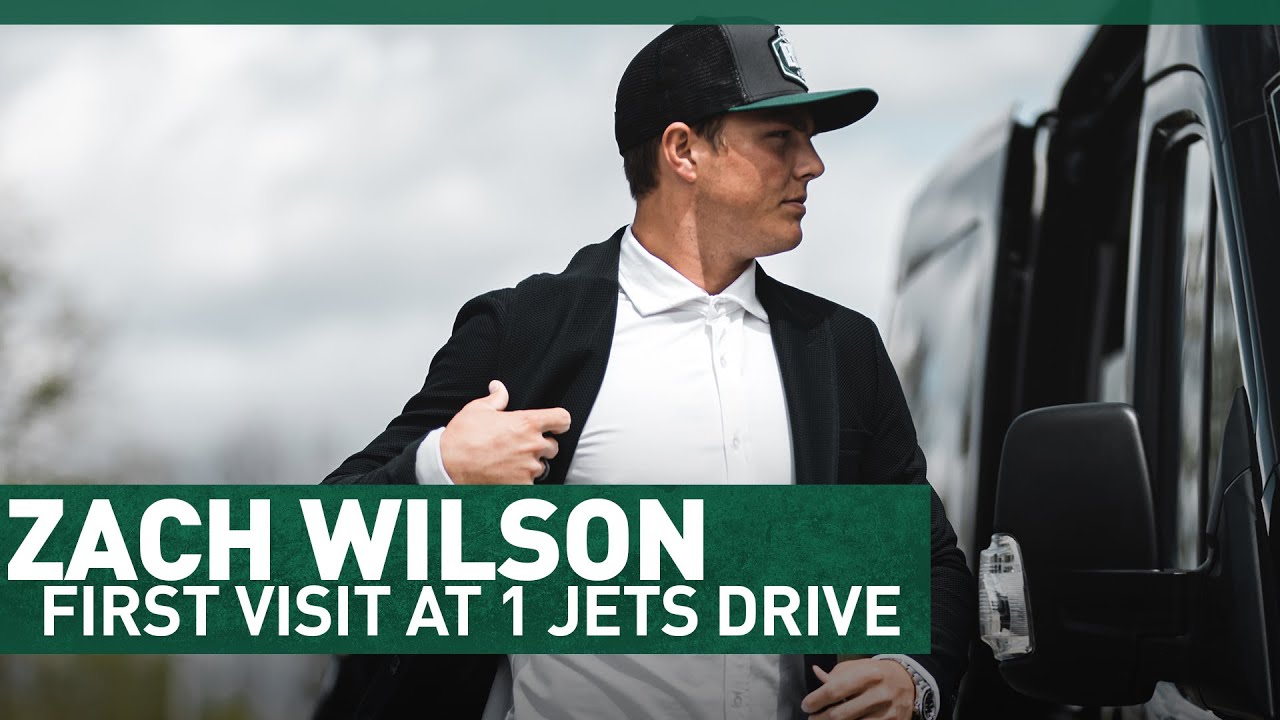 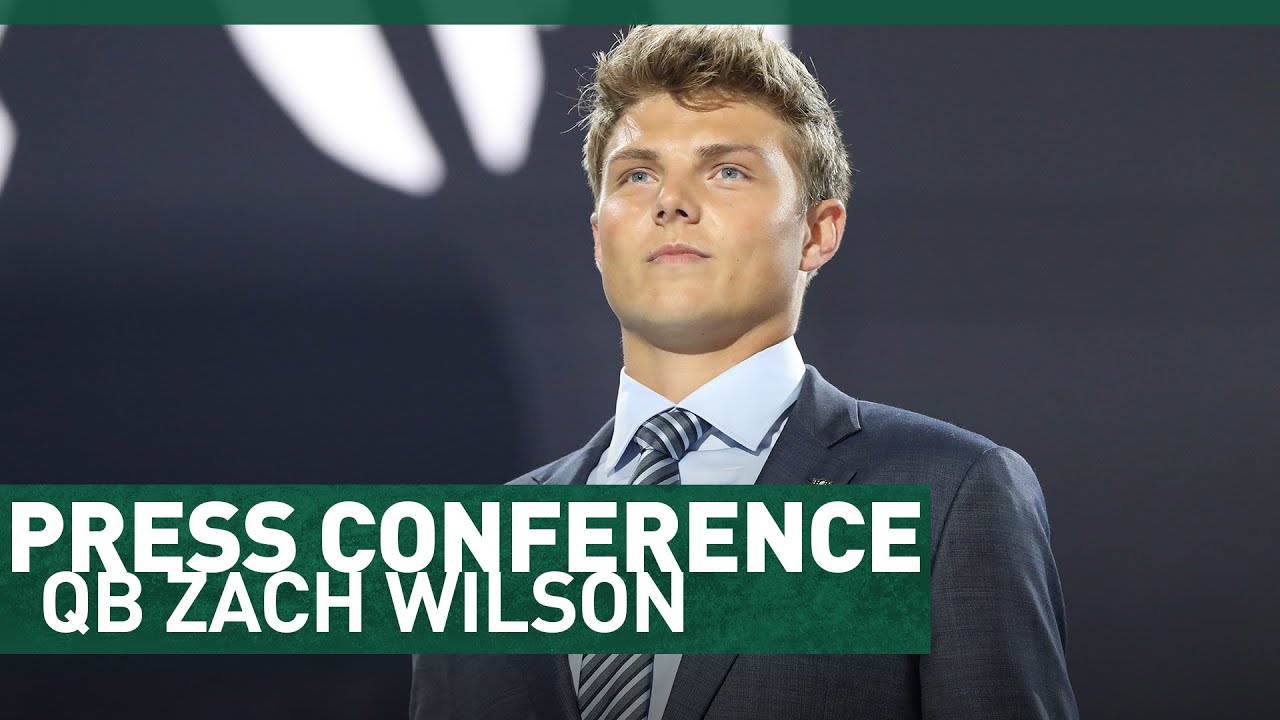 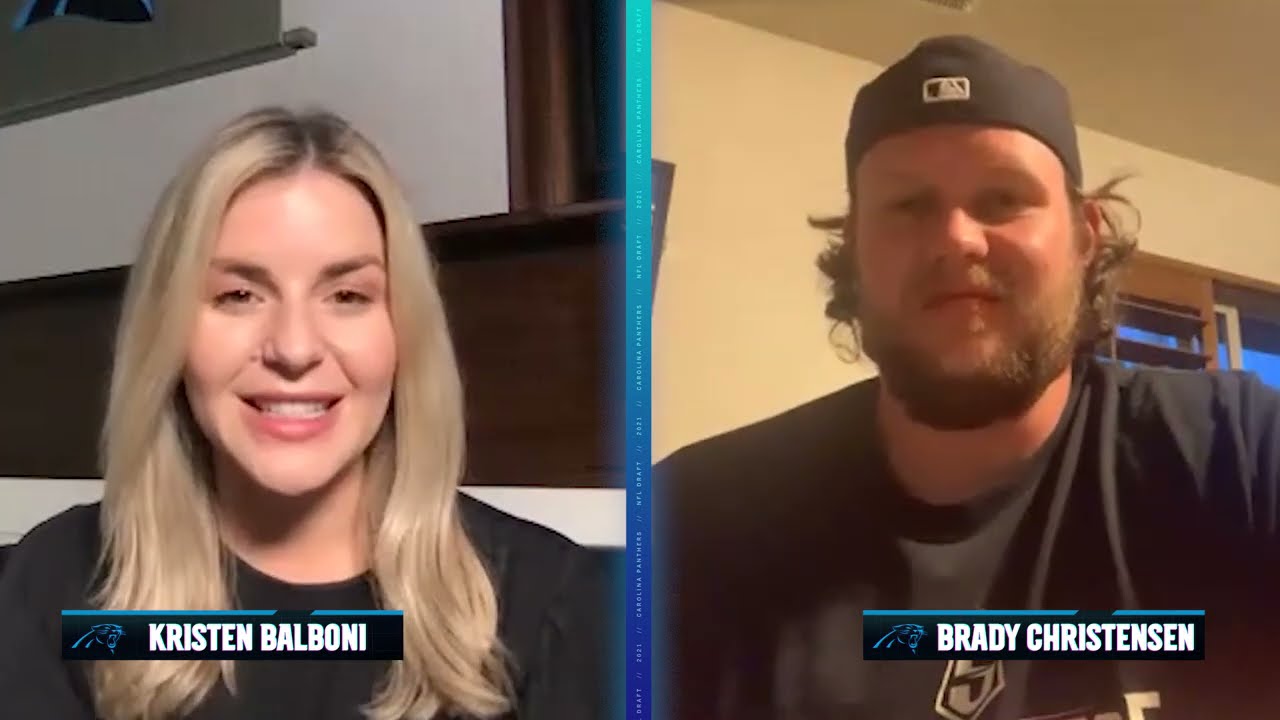 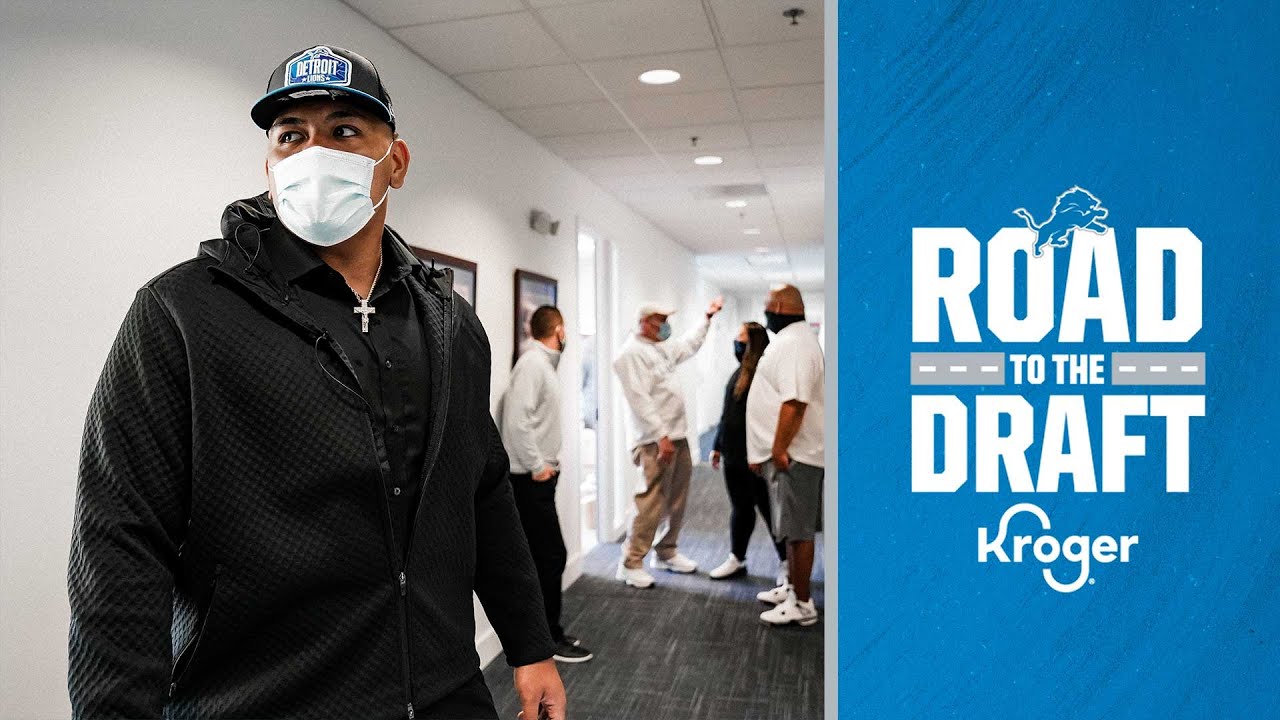 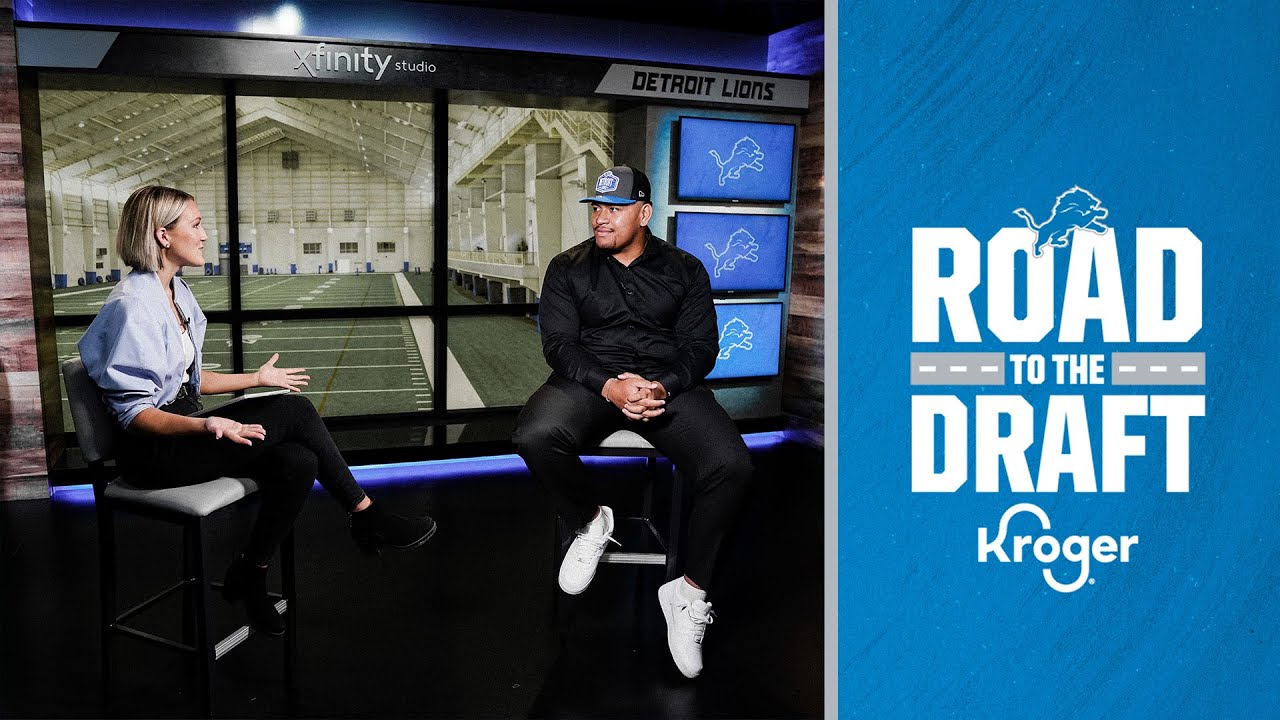 1 on 1 with first-round pick Penei Sewell

AROUND THE SHIELD — It's been an incredible weekend surrounding the 2021 NFL draft.

Five BYU players were drafted during the three-day draft extravaganza, the most since 2002. Eight more signed as undrafted free agents or received rookie mini-camp invitations, in addition to wide receivers Micah Simon and Aleva Hifo, two Class of 2020 graduates from last year who earned a shot with the Carolina Panthers and New Orleans Saints, respectively.

Add in players like Bingham's Jay Tufele (Jacksonville Jaguars) and Brighton's Simi Fehoko (Dallas Cowboys), and Utah high school products also set a new record with seven draft picks — up from the five drafted in 2019, according to the Deseret News.

And now it's time to get to work.

Here are three stories from three of those high school products who heard their names called by the New York Jets, Carolina Panthers and Detroit Lions that you may have missed over the weekend.

By his own admission, Zach Wilson isn't an emotional guy.

But when the former BYU quarterback walked out onto the stage in Cleveland to shake NFL commissioner Roger Goodell's hand as the No. 2 selection by the New York Jets, his emotions got the best of him.

Wilson stopped for a second, teared up briefly, then rushed out into the crowded theater near the Rock and Roll Hall of Fame to music, applause and several hundred watchers — and millions more on national television — to a cacophony of cheers.

Then, a few hours after an incredible roller coaster of emotions, press interviews and backstage celebrations with his parents, siblings, and former coaches like BYU head coach Kalani Sitake, offensive coordinator Aaron Roderick and Corner Canyon head coach Eric Kjar, Wilson was on a plane bound for New Jersey.

To call the previous 24 hours a whirlwind might be a disservice to weather phenomena.

"I don't know if it's really hit me, still," Wilson told reporters from the Jets' team facilities. "It's crazy to think of where I was a year ago, and how I got to this position.

"I'm not an emotional guy, but last night was a special moment for me and to come to an organization like this has me so excited. … I feel like this is exactly what I needed."

Wilson toured the practice and team facilities at 1 Jets Drive, trading in his custom-fit Armani suit from draft night for a more casual pair of Khakis, white shirt and blazer combo paired with a pair of white Nikes.

The Jets' newest franchise quarterback kept the same Jets flex hat atop his head as he visited the facility and shook hands and hugs with new Jets coach Robert Saleh, general manager Joe Douglas, and other team executives in a red carpet-laced tour of his new home.

He spoke at length with Jets offensive coordinator Mike LeFleur, who runs a similar system to the West Coast offense that BYU ran during Wilson's collegiate career, about a number of topics — about football, the draft and life in general.

"Coach LaFleur is super awesome," Wilson said. "We get along really well … and the cool part is, we don't always have to talk about football. We can talk about whatever, just life."

Most importantly, though: Will Wilson rock the signature No. 1 jersey he's worn since he was at Corner Canyon, and even at BYU, after a brief time away from it his freshman year?

That answer will have to come later in the offseason, closer to rookie mini-camp in two weeks.

"I haven't picked a jersey number yet," Wilson said. "We're thinking about that in the future. We're not sure what we're going to do there."

One thing that stood out about his Wilson's digs in New Jersey involved a sport that he knows he'll need to pick up soon. As an amateur foodie, Wilson is excited to live near New York City, though he admits he'll probably live close to the team's facilities in New Jersey because he hates commuting.

That, and he wants to pick up golf.

"Beautiful place. We were flying in this morning and I saw a bunch of golf courses — even though I'm not much of a golfer," said Wilson, who has only recently picked up the game. "But I love it, and we're having a blast."

Brady Christensen is far from the first BYU graduate to leave Provo as a married father. But the Panthers probably don't get a lot of recent newborns joining them via the third round of the NFL draft, either.

Christensen and his wife Jordynn welcomed their first child Ledger to the world March 16, a 7-pound, 13-ounce son who joins the family just in time to move from Utah to North Carolina with his rookie father.

So when the Panthers laid out a welcome basket of gear, gifts and swag for their third-round pick upon arrival in Charlotte, they made sure to include shoes, bibs and a Carolina-themed onesie for the newborn.

What Christensen would really like, though, is a pair of socks.

"He's like really normal-sized. His head was normal, which is crazy, because me and my wife both have big heads and we were shocked," said Christensen, the Cougars' first consensus All-American since 2001, according to Panthers.com. "But the funny thing about him is the doctors were like, 'He has the biggest feet out of any newborn baby we've ever seen.' They measured it, and he was like 3 inches. They were like, 'We've never seen that in our life.'

"He just has massive feet, and they stick out. There's pictures, and people are like, 'Is that a real picture of his feet?'"

Christensen wears a size-15 shoe, so he's not surprised by his son's "Fred Flintstone feet," as he calls them.

But maybe Carolina will have a new lineman prospect for the Class of 2043.

You can never be too sure when a new number appears on your cellphone, with the proliferation of spam calls in the modern era.

So amid the excitement of former Desert Hills lineman Penei Sewell's NFL draft party at a rental home, with his celebratory pizza, each of his siblings including Utah safety Nephi, and a father Gabe Sr. who would go viral moments later for his excessive celebration, Penei Sewell took a moment when the Lions called him to let him know he would be the No. 7 overall pick in the draft.

Sure, Sewell was excited, but time also froze as he realized what was happening, and he didn't recognize the number.

"I didn't know what I was doing, to be honest. The moment was really slow," Sewell told Lions media over the weekend. "I was questioning if it was a real number; I had to show my agent, and he said yes.

"I was literally shaking to answer that phone. This is something I've worked all my life for, and it was right in front of me. To talk to everybody in that room was a lifelong dream."

A day later, Sewell was on a private jet with his parents Gabe Sr. and Arlene, flying to Detroit to visit the Lions' team facilities and be introduced to the Detroit media for the first time. He toured the facilities, posed for photos with a jersey featuring "Sewell" on the nameplate and the No. 1 — representative of the club's newest first-round draft pick — and showed the same exuberant emotion in a video conference with reporters as he did a night earlier from his cell phone in Utah.

"This is a dream come true," he said. "I'm literally living my dream, walking in a dream.

"I'm coming out with a purpose. I'm excited. I can't wait to put the helmet on, put the pads on."

That dream involves more than just playing at Ford Field. Sewell can't wait to get to practice — yes, we're talking about practice — and meet his new teammates, to go over the playbook and learn what's next for the Lions' new (probable) left tackle.

"It's been a dream come true, to be here, to really observe thee atmosphere and the culture here," Sewell said. "To get to know all these faces is something I've been looking forward to my whole life. To be in this position right now, it's a dream come true and I'm excited."