'Extremely hungry' BYU out to validate season, No. 13 ranking with Independence Bowl win 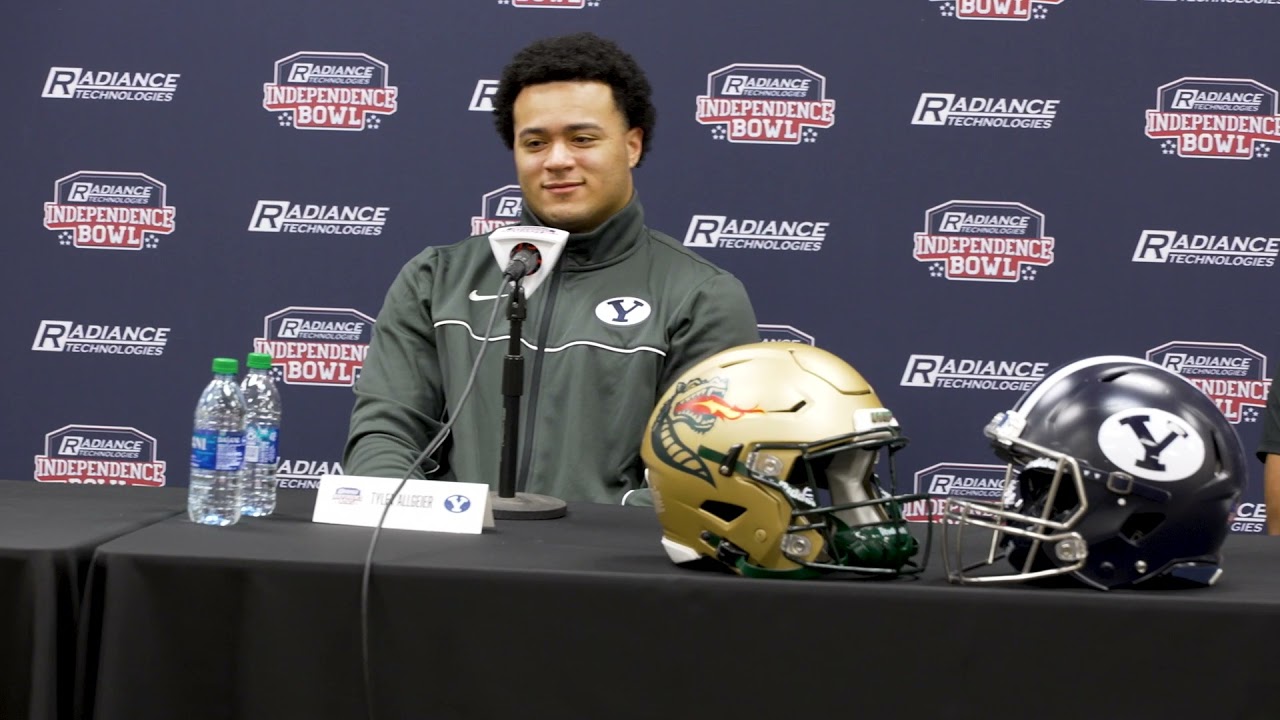 SHREVEPORT, La. — It's been all fun and games, but now it gets real.

The 13th-ranked BYU football team will be among the early games of the 2021 bowl season Saturday afternoon when it hosts Alabama-Birmingham in the Independence Bowl (1:30 p.m. MST, ABC).

And while the Cougars (10-2) are favored by 7 points and the highest-ranked team to ever play in the bowl game that dates back to 1976, the bowl game has a must-win feel to it.

Nothing else matters — not what BYU did last year, not this year, not a pseudo-mythical title in a conference that has never invited them — but what happens after Saturday's kickoff at Independence Stadium.

Lose, and that's probably all that will be remembered of this year — and potentially the career of several all-time talents, at least statistically, in Provo.

It's a lot of pressure put on a game against the Conference USA West runners up. But the Cougars are ready for it.

"We're extremely hungry," said wide receiver Gunner Romney, a junior who like teammate Tyler Allgeier (and unlike fellow tailback Lopini Katoa) has declined to determine if Saturday will be his final game at BYU. "That's probably the No. 1 thing that people talk about is whoever is the most motivated team will win this game. I feel like practices have been a bit more competitive, a bit chipper than they've been all season."

If it is the final game of a storied career for Romney, the former Chandler High standout in Arizona would love for nothing more than to go out on a high note.

Romney's season was hampered by injuries, playing in just nine games and missing the Cougars' regular-season finale at USC. The younger brother of BYU backup quarterback Baylor Romney caught 31 passes for 539 yards and three touchdowns, but he still left it open if he will return for one final year of eligibility or declare for professional ventures.

He isn't alone in leaving the decision to the end of the year. Both Romney and running back Tyler Allgeier — the Cougars' Doak Walker Award candidate whose 1,409 rushing yards gives him back-to-back seasons with at least 1,130 yards and an NCAA-best 20 rushing touchdowns this season — are waiting to the end.

Even though he's played four years at BYU, including a redshirt season and a year at linebacker, Allgeier is only a redshirt sophomore by eligibility standards, thanks to the effect of COVID-19 on eligibility across the country.

And he let Romney handle the question about whether or not he will return.

"Right now, I'm not really focused on that," Romney said during a press conference Friday morning. "I think all the focus has been on preparing for this last game. We've been putting all of our efforts into this game, and we'll have time for that afterwards."

BYU coach Kalani Sitake has been around long enough to transition from cool older brother to father figure at his alma mater, where he is 48-28 in six seasons as a first-time head coach. But he may have to play motivator and mental strength coach for a team that was possibly inches away from a New Year's Six appearance and now faces the runner-up in Conference USA West.

Games are over; it's time to prove the Cougars belong, like they did in some midweek bowl activities and less so in others.

"We aren't very good at Madden, and I don't plan on getting better. But for some reason, we're really good at throwing axes," Sitake said.

But when it comes to winning football games, the Cougars definitely want to win.

The Blazers (8-4) aren't to be overlooked, either. Just four years after reinstating a program once shuttered by the University of Alabama board of regents, UAB is 42-20 with two Conference USA title games and a 22-5 record against league opponents. They'll head to the American Athletic Conference in 2023 — the same year BYU joins the Big 12 — and have been the turnaround story of the century under recent national coach of the year Bill Clark.

This year's Blazers aren't quite up to the standard of a year ago — they finished a three-point loss to UTSA away from competing for a C-USA title. But they still boast a 1,000-yard rusher in sophomore DeWayne McBride (1,188 yards, 12 TD) and a strong-armed quarterback in redshirt junior Dylan Hopkins (2,085 yards, 15 TD, six interceptions).

"We understand that they have a great defense, and we know our offense runs to open up the pass. But if we run the ball, it opens up the shots down field and lets us get our playmakers the ball," Ragland said. "It's a way to impose our will. They're a great football team, and as an offense, we're going to have to score points."

The number in play, then, may be the ever with two offenses that averaged more than 29 points per game. The Cougars edge the Blazers in that category, 33.5 to 29.4 while holding opponents to 24.2 points per game to UAB's 22.8.

Clark knows what it will take to hold down an explosive offense of 457.1 yards per game, and how big it would be for his program, not shying away from several players' speaking of it as the biggest win in program history.

"Obviously, any bowl win is going to be big," said Clark, who will lead the Blazers on to the old-school FieldTurf a short six-hour drive from campus in urban Birmingham. "But this is one of the programs you grew up watching; you watch them in the bowl games, you watch their history.

"We've talked about traditions we started at our place … and now we expect to win. But they always expect to win. Being a college football history buff, we know about their program and their history."

So much of the Cougars' season has been a success, from the hype of the 2020 campaign to losing the most production in the Football Bowl Subdivision, to repeating a 10-win season for the first time in over a decade — one that earned Sitake an "unprecedented" new contract through the 2027 season that will provide the resources for a program making the transition to a Power Five conference.

But there's still one last step and one final goal: a goal just like this team has faced 12 times in 2021.

"They'll be able to live with the result a lot better if we play our best. That's it," Sitake said. "I think these guys get a little bit jealous when there are football games on and they aren't playing. I saw that during the bye week … and if they could, they'd love to play another bowl game, if possible."

How to watch, stream and listen to the Independence Bowl

The series. BYU and UAB are meeting for the first time in football history. The Cougars are 39-12-1 all-time against members of Conference USA.

Home on the Bayou State. BYU is playing just its third game in the state of Louisiana and first in the postseasons, with both previous games in the Superdome in New Orleans. UAB's campus is 451 miles from Shreveport.

New digs. Both BYU and UAB will be changing conferences in the coming years, with the Cougars set to join the Big 12 in 2023 and UAB expected to fill a vacancy in the American Athletic Conference left by Cincinnati, Houston and UCF's departures.