BYU Midseason Awards: No. 19 Cougars still a work in progress at halfway mark of 2021 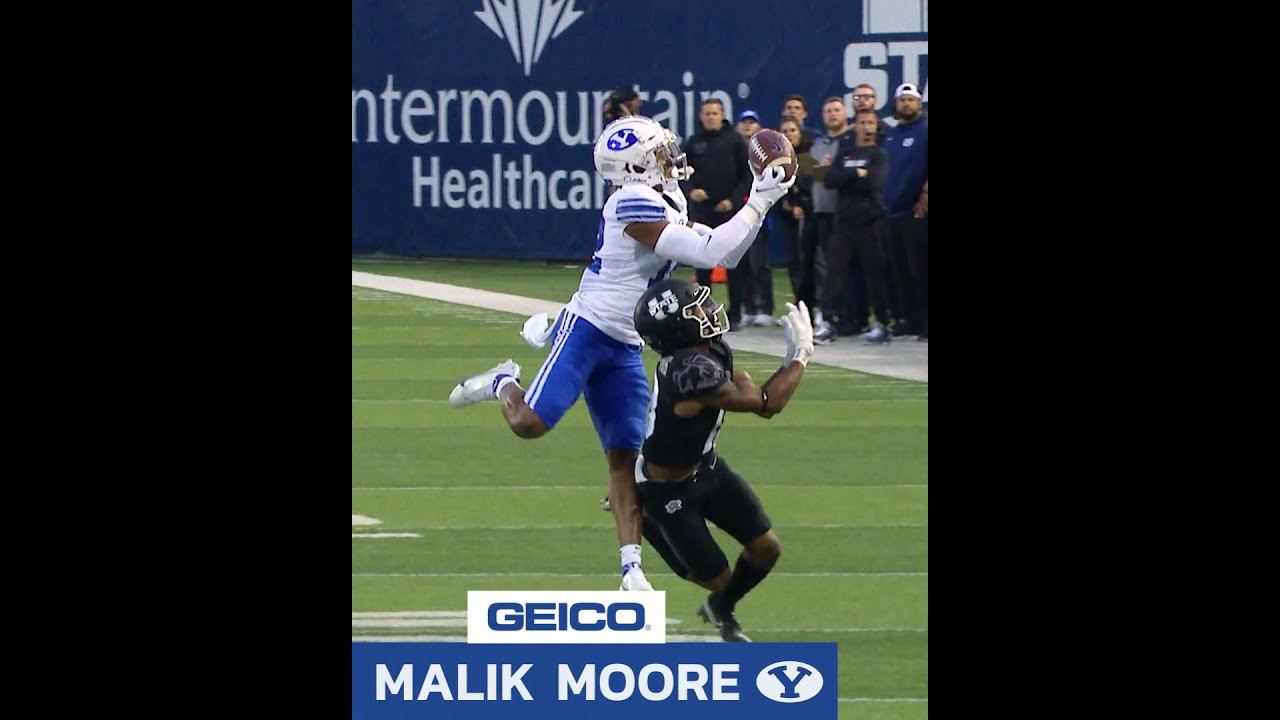 PROVO — The best way to define BYU football through the midway mark of the 2021 season isn't through accolades or stats, but with one simple phrase: a work in progress.

The Cougars are 5-1 through six games of their scheduled 12-game set, a mark that few except the most blue-goggled BYU supporters would've expected prior to the season. Back in July, KSL.com predicted the Cougars to start 4-2 — with plenty of snide derision — in a best-case-scenario projection, so we're not immune from the criticism.

Add to it injuries to key contributors like cornerback Keenan Ellis, linebacker Keenan Pili, quarterback Jaren Hall, and center James Empey, among others, and it's easy to see that BYU has — for the most part — exceeded expectations.

But the Cougars still have a way to go, a stark reminder after their first loss of the season 26-17 at home against Boise State.

"I'm really pleased with the talent we have on our team, and the development of our players," BYU coach Kalani Sitake said in looking ahead to the team's Week 7 game at Baylor. "We've been tested with our depth because of injuries, but it happens. It's more than we wanted to be comfortable with, but we knew this was a possibility. I'm happy with the way our guys are performing, with how they prepare.

"Coming off a loss is always difficult, but it's an opportunity for us to learn."

The loss to the Broncos hurt, but BYU players are confident in their ability to bounce back at the Bears (1:30 p.m. MT, ESPN). After all, they've done it before — the Cougars haven't lost back-to-back games since the end of the 2019 season.

Still, the adage of "what might have been" lingers over the team as they prepare to head to Waco, Texas, in their longest road trip of the season to date.

"Obviously, everybody wants to be undefeated," said wide receiver Gunner Romney, who leads the team with 371 receiving yards and three touchdowns. "But I think this team is in a really good spot. We've been playing really good football, and if we use this game (against Boise State) as a wake-up call, we can finish out a great season.

"The opposite of that is if we let this loss get to us, that's what we don't want to happen. We can use this as an opportunity to go forward."

The Cougars are contracted to play in the Independence Bowl in Shreveport, Louisiana, if they finish with at least six wins and don't have a better offer, which in most seasons, indicates a berth in the College Football Playoff or New Year's Six bowl bid.

There also may be an option to exercise another bowl agreement — most likely with the Cheez-It Bowl or an ESPN Events-owned bowl game — under a variety of conditions that can be discussed later.

For now, BYU still has one win to make itself bowl eligible for the 16th time in the past 17 years. Let's take a look at how they got to this position with some midseason superlatives.

There's only one option for this award, and everyone else makes a compelling argument that ultimately falls short. With respect to Zach Wilson, Dax Milne and Brady Christensen a year ago, Allgeier has arguably been the best player on BYU's offense for the past two seasons.

The junior has done nothing but follow up on his breakout season of 2020, when the all-time leading rusher at Kaiser High in Fontana, California, ran for 1,130 yards and 13 touchdowns en route to an 11-1 record for the No. 11-ranked Cougars. That includes a career-high 218 yards and three touchdowns in a rivalry win over Utah State in Logan.

He's not showing any signs of slowing down, either — even against a significantly upgraded schedule. Through six games, Allgeier posted 637 rushing yards on 121 carries with eight touchdowns. He had his first lost fumble of the year Saturday against Boise State — an uncharacteristic flaw for the running back who went around 130 carries without a fumble.

That game also dropped his average yards per carry to 5.3 per attempt, and sent him "tumbling" to the No. 11 rusher in all of college football.

Yes, tumbling; Allgeier spent most of the first half of the season among the top 10 running backs in the nation. That is why he's been BYU's best player through six games in 2021, with respect to other candidates like Hall, Empey and linebacker Chaz Ah You, among others.

Even with the fumble in Saturday's loss to Boise State, Allgeier — along with fellow running back Lopini Katoa — has been one of the most consistent performers on BYU's roster. Allgeier has carried the ball 450 times with just three fumbles, per offensive coordinator Aaron Roderick, and Katoa has fumble just twice in 445 carries.

"These are reliable guys who had a bad day," Roderick said. "That's how I look at it.

"If we keep working the way we always do, then we'll take care of business."

It would be easy to say the Cougars' 26-17 win over in-state rival Utah is the best, or biggest, win of the 2021 season — if for nothing more than the catharsis of snapping a losing streak that extended over … well, you know.

But BYU's victory over the Sun Devils has the potential to carry it even farther. Arizona State was ranked No. 19 at the time and is No. 18 at the moment. And while it's impossible to know the mind of AP voters, it isn't unreasonable to believe the win kept the Cougars inside the top 20 following their surprise loss to Boise State.

Beating Utah was nice, if for nothing else than for the BYU fan base that suffered through a 12-year winless skid dating back to 2009 in the historic rivalry series. But beating ASU has the potential to turn the Cougars' season from "good" to "great" — if they can get to double-digit wins in back-to-back seasons for the first time since accumulating four in a row from 2006-10.

It also had the best play of the season (more on that in a moment).

There are a lot of directions we could've gone with this one, which is given to the star on the BYU team who was underrated or underreported or simply underplayed as late as fall camp.

And while nearly half the BYU defense qualifies — certainly, defensive backs Isaiah Herron and Oregon State transfer Kaleb Hayes come to mind, among others — Bywater's ability to fill a crucial role on that side of the ball can't be understated.

The former Olympus High star and rugby product stepped into a starting role at middle linebacker following the season-ending injury to leading tackler Pili and has done nothing but impress. In his first start following his move directing the Cougars' nickel package, Bywater had three tackles for loss and his first career sack in a 34-20 road win over Utah State.

On the season, Bywater has assumed Pili's lead tackler status with a team-high 49 tackles, including 31 solo stops, four tackles for loss, and a quarterback hurry.

Pili's injury was unfortunate, but adversity breeds opportunity, and Bywater is making the most of his chance.

Midseason Play of the Year: The Hammer of Ty vs. Arizona State, Sept. 18

Yes, Allgeier is already our Midseason Player of the Year, but his best play had nothing to do with his 121 carries, 637 yards or eight touchdowns.

Yeah, you know which one that is; you probably saw it on Sports Center's Top 10.

After Hall threw an interception against the Sun Devils, Allgeier put his burner speed and linebacker instincts to good use, bouncing off a collision with wide receiver Puka Nacua and chasing down Merlin Robertson with incredible closing speed.

Then he had the audacity not only to jump on Robertson for a stop, but to swing one of his massive arms around the 6-foot-3, 240-pound linebacker and punch the ball loose for a fumble — that Hall recovered.

Hall called it "the play of the year in college football." Fellow teammate Max Tooley rated it "200 IQ" for the instinctive move.

And a little known fact: With the play, Allgeier became worthy to wield Mjollnir, putting him on equal footing with Thor, the God of Thunder himself.