What ever happened to the Beehive Boot, and can BYU take it back?

Utah coach Kyle Whittingham is framed by the U and the Beehive Boot, as the University of Utah football players, coaches, band, cheerleaders and dignitaries are honored in a parade in downtown Salt Lake City, Utah, culminating in a pep rally at the Salt Lake City and County Building, Jan. 16, 2009. (Tom Smart, Deseret News archives) 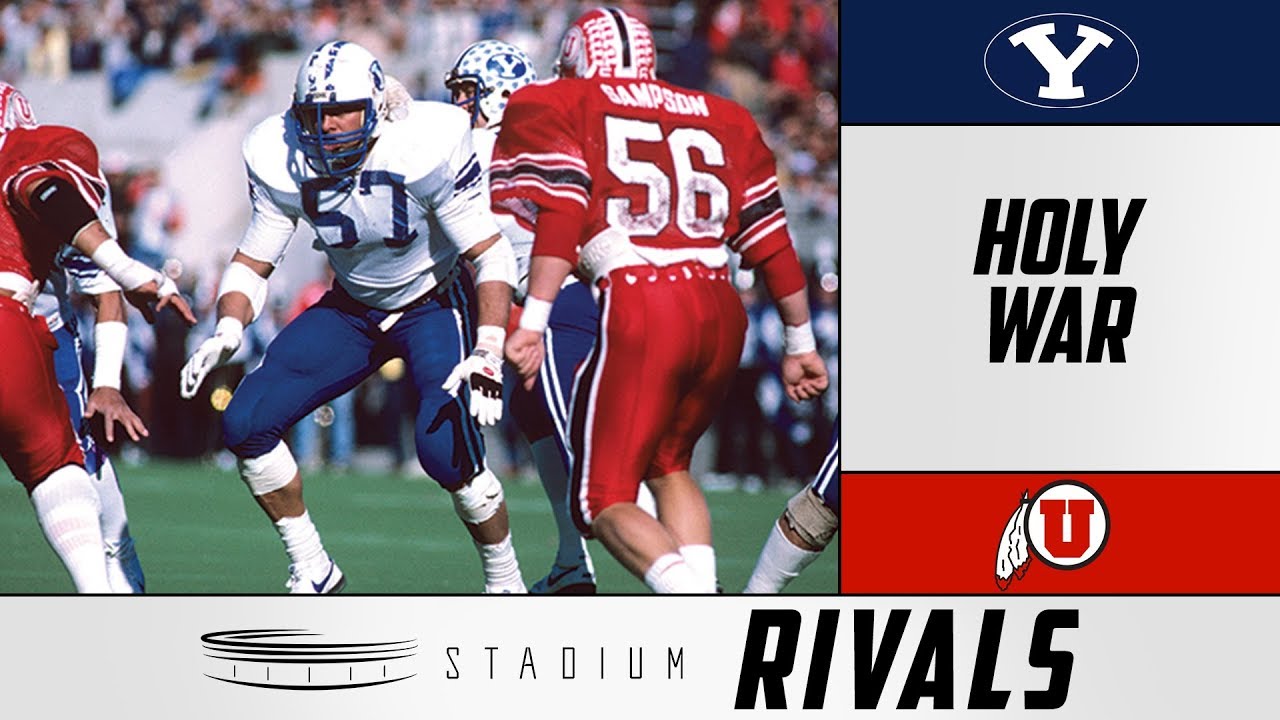 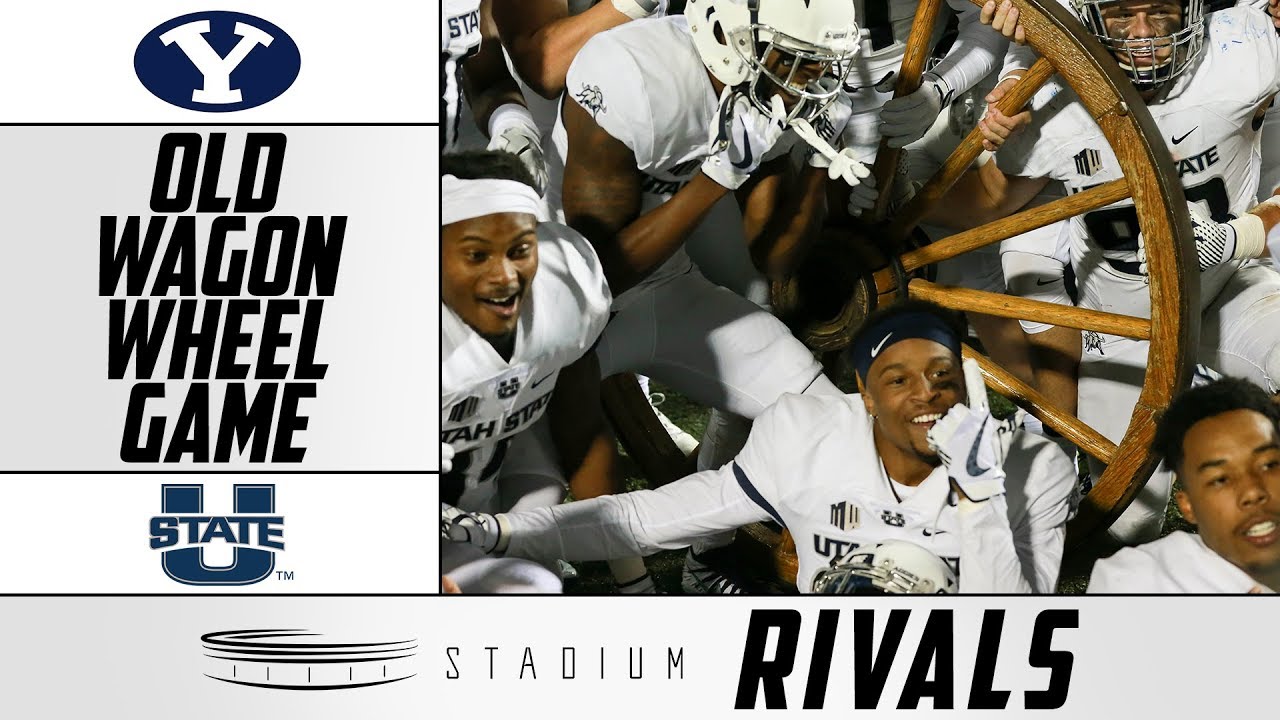 PROVO — Believe it or not, there was once a three-way traveling rivalry trophy passed around between the University of Utah, Utah State and BYU every year to the aggregate winner of the series each season.

The Beehive Boot, founded in 1971 by former BYU sports information director Dave Schulthess as a way to reward the winner of the annual round robin series between the three schools (Weber State was also initially involved in the challenge through the 1980s, but the Wildcats never won the trophy, as far as most local historians are aware, and were eventually dropped from the series entirely).

The series has been a mix of the Old Wagon Wheel between BYU and Utah State, the previously named Holy War between BYU and Utah, and the Battle of the Brothers between Utah and Utah State since Weber State was removed from the standings sometime around 1982 (as is the case with most facets of the in-state rivalry series, specific dates and years are more agreed upon than scientific).

In years where it was awarded, BYU won the Beehive Boot 22 times, Utah 15, and Utah State nine. But for three of the past four years that it was awarded prior to being pushed out of the public consciousness, the Utes took possession of the trophy — where it has remained since 2016.

In past years, the first thing BYU would have done in a season like 2021 — probably seconds after wheeling the Old Wagon Wheel onto the equipment truck bound for Provo from Logan after its 34-20 win over Utah State — was find the Beehive Boot and take it back with them. The Cougars are 2-0 against Utah and Utah State, which is the first time that has happened since 2009, but the Boot was nowhere to be found over the past 72 hours.

The century-old boot was donated by Tom Beasley, an antique dealer who lived in Cache Valley, who offered a pair of pioneer-era boots to use as the trophy.

The unique trophy is one of just four known three-team trophies in the Football Bowl Subdivision — the Florida Cup, the Commander-in-Chief's Trophy, and the Michigan MAC Trophy are the others. It became something of a memorial in 1979 to Steve Smilanich, the native Utahn who rose to become the national college sports editor at United Press International who was killed in a tragic auto accident in New York City in 1970, according to BYU.

So what happened to the Beehive Boot? It hasn't been awarded since 2016, when Utah reallocated the trophy with a 20-19 win over BYU and by virtue of the Aggies' 28-10 win over the Cougars.

Various message board postings have insinuated that the other boot donated by Beasley was hung in a museum on the Utah State University campus, but longtime Aggies sports information director Doug Hoffman told KSL.com that the only "Boot" of which he is aware is the one currently owned by the U.

BYU senior manager of communications Duff Tittle told KSL.com that the university had reached out to Utah to inquire about the Beehive Boot but had not heard back while representatives searched for it on campus.

Utah senior associate athletic director Paul Kirk then later told KSL.com that the trophy was currently housed in the Spence and Cleone Eccles Football Center, and his staff reported to Tittle that the Utes would find a way to bring it to Provo, when possible.

The Utes and Aggies haven't contested a football game since 2015, a 24-14 win by Utah, and have only played one another twice since 2012 — the year Chuckie Keeton and Kerwynn Williams led the Aggies to a 27-20 win in Logan.

In that season, though, the three sides decided the owner of the Boot by its unique tiebreaker: if multiple teams tied in the final standings, a media vote would be held to determine the winner. In year's where each team went 1-1 in the three-team round robin, the voting panel consisting of each school's play-by-play announcer and beat writers awarded the Boot. Utah State took the Beehive Boot in 2012 by such a vote, its second of three times winning the trophy in a five-year span.

BYU won it back in 1996 following one of the best seasons in program history, but Utah State immediately took it by media vote in 1997. The Cougars won three of the next four through 2001 before Utah won four in a row through 2005, when BYU subsequently won three of four.

The Aggies took three of five from 2010-14. But the 2012 meeting — along with the Utes' move to the Pac-12 — changed the nature of the rivalry series, specifically the Battle of the Brothers end that had been missed just twice in the previous 40 years.

A similar change to the series may be coming, with BYU set to join the Big 12 in 2023 and Utah State and the Mountain West possibly changing, as well. After the American Athletic Conference's failed attempt to take Boise State, San Diego State, Air Force and Colorado State to form a "western wing" of the league, Mountain West commissioner Craig Thompson told The Athletic that the conference is considering a measured response — beyond expanding a league that is geographically locked in its confines.

Other options for the league include abolishing football divisions and playing a ninth conference game among all schools. Obviously, that would have a significant impact in the Aggies' ability to schedule BYU and Utah, in addition to vice versa.

"If we're going to potentially lose nonconference opportunities to the alliance or the Big 12 or the SEC, how do you replace those games?" Thompson said. "Are we better off playing conference games and you don't pay a guarantee and your fans might have more interest in a conference game? Those are the types of things we're looking at."

For now, the Cougars are contracted to play the Aggies through the 2026 season, and a six-game series with the Utes currently contracted over seven years will resume in 2024 following a two-year hiatus.

But back to the Boot.

Utah beat both BYU and Utah State in 2015 to claim possession of the boot — the Cougars defeated the Aggies 51-28 that year. And when the Utes took down BYU 20-19 during the 2016 season, it was apparently enough to retain possession — despite the Cougars' own 28-10 win over Utah State and no tiebreaker in sight.

The media vote did not occur that season, as it had four times in the past, and then the Utes didn't schedule the Aggies for six-straight years (and counting) while the Boot sat on the Hill during a nine-game winning streak over BYU.

The Cougars had little recourse, obviously. In addition to The Streak, they also lost back-to-back meetings with Utah State in 2017 and 2018 — the first consecutive losses to the Aggies since the 70s — before ending that slide with a 42-14 win in Logan in 2019.

The old Beehive Boot was quickly becoming a forgotten relic, perhaps even akin to the Trotsall Trophy. No idea what that is? It's the old rivalry relic that used to mark the winner of the series between the University of Utah and University of Denver.

Denver hasn't had a football program since shortly before the Mountain States Conference dissolved in 1962. Now, the Trotsall Trophy sits at a vacant summer camp in Eden, Weber County, according to former Deseret News sports columnist Brad Rock.

"It's likely that someday the Beehive Boot, 'symbol of instate football supremacy' in Utah, will be someone's hat rack," wrote Rock in 2013, simultaneously celebrating and lamenting the lost art of the rivalry trophy among a round of conference realignment that has only accelerated in the decade since. "All it takes is a few years of inactivity and a prized symbol can become like a grade-school crush — you remember it, but it no longer matters."

For five years, the Beehive Boot didn't matter. The Cougars kept it listed on their athletics website, right next to the Old Wagon Wheel with Utah State and the on-campus Victory Bell celebration tradition.

BYU's resurgence, including a top 10 national ranking in back-to-back seasons and forthcoming invitation to join the Big 12, has made the Boot relevant again.

At least to the people in Provo.