'We're not going to stand for this': Utah students strike, call for climate reforms 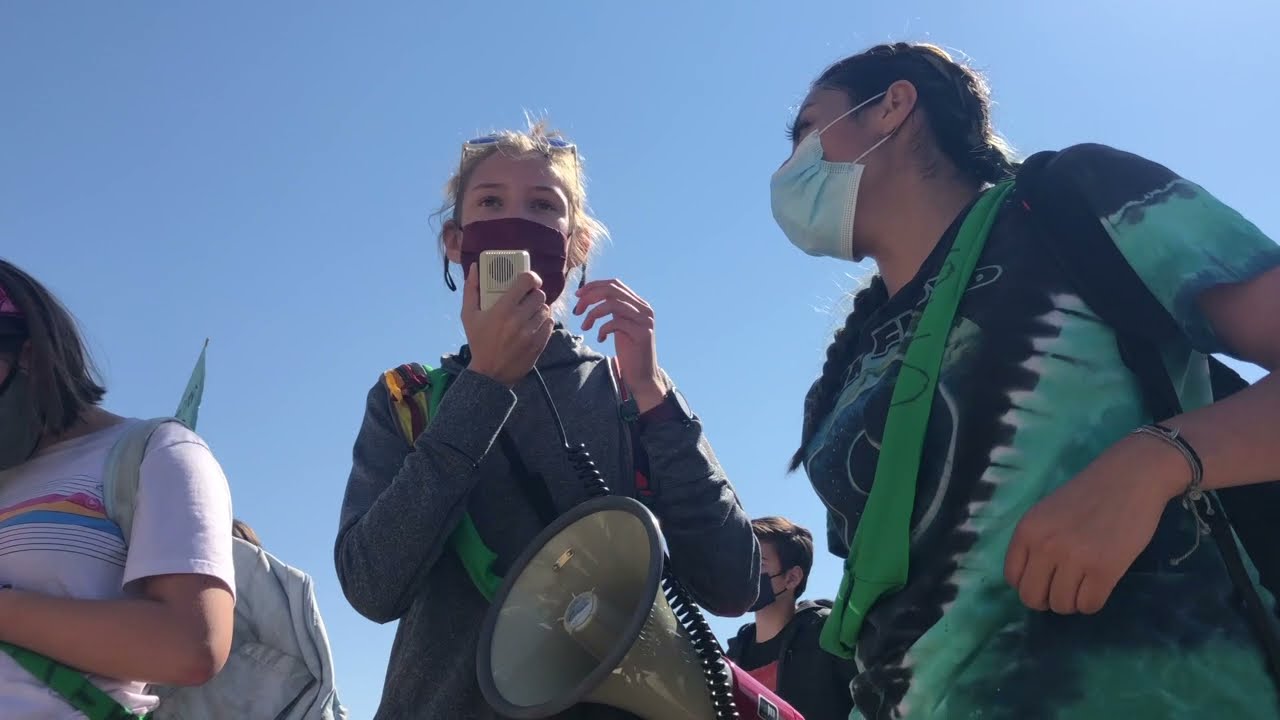 By this point, Thunberg had already started "Fridays For Future," a global movement where students walk out of classrooms to protest the lack of political pressure to address growing climate change issues. Inspired by her, Juarez took the opportunity to help bring that movement to Utah.

So in 2019, on the day of the first Fridays For Future event in Utah, Juarez slipped out of class and commuted from Ogden to Salt Lake City to demand Utah legislators address the issue.

She's since received her diploma and now works full time, but her concern for climate issues hasn't graduated. So on the week that country leaders meet to discuss issues including climate change at the United Nations, she helped organize another Utah walkout to coincide with a Global Climate Strike Friday.

"We're not going to stand for this. This isn't right," Juarez told KSL.com. "We're going to put our studies to the side because of our basic human rights of living, a sustainable living future. That's kind of what this means."

About a couple hundred middle and high school students — mostly from Salt Lake City School District — gathered at Washington Square before they marched up to the state Capitol, chanting phrases like, "Do not let our planet die, climate change is not a lie" and, "Hey, hey, you, you, we deserve a future too." It was the first major protest since the 2019 event.

While the crowd thinned as the afternoon continued, dozens stayed up at the Capitol where they knelt down and wrote on a large banner the social aspects of climate changes they hoped to eradicate in the future — issues such as racism, oppression and ignorance. Many of those who remained then ran through the sign as a symbolic smashing of the issues they hope are solved in the near future.

Participants of Friday's march say they are tired that the climate is an issue that's been handed down from generation to generation like a baton. They feel they are the ones who will face the brunt of the climate effects, especially as new reports say the world is warming faster than originally believed. They also believe it's an issue that's not taken seriously enough by state, federal and global lawmakers now, which they fear means it might be too late for them when their generation fills those political seats.

As Utah remains in one of its worst droughts on record, protesters Friday say this summer produced other reminders of what could be the future: more wildfires, more flash floods, more hurricanes and more drought. Almost fittingly, a light layer of smoke from distant wildfires nearly shrouded the Wasatch Mountain vista as organizers spoke from the steps of the state Capitol that overlook the Salt Lake Valley.

"I think everyone should be worried about what's going to happen because the effects are happening now," said Natalie Roberts, a freshman at West High School, who helped organize Friday's rally.

For students like Roberts, they are finding for the first time they can push for change even if they don't hold office and they can't even vote yet. She was inspired to join the cause by Thunberg and even more after attending Utah's 2019 rally as a middle school student.

The 14-year-old put herself at the forefront of the rally this time, marching up State Street carrying a bullhorn and leading the chants along the way.

I think youth in general, throughout history, have been movers of (changing) things that have been unjust for a long time.

Friday's protest is the norm for her now. It marked her 60th Fridays For Future Utah event going back just two years. Roberts makes her way to the state Capitol after school to participate in organizational events held every Friday after the final bell rings.

Juarez said the climate change movement in Utah isn't just inspired by the global discussion. It's also inspired by the recent March For Our Lives protests over gun violence, Black Lives Matter and even the civil rights movements of the 1960s, all pushed primarily by younger activists.

"I think youth in general, throughout history, have been movers of (changing) things that have been unjust for a long time," she said.

Climate change has become an increasingly bipartisan issue in Utah over the past few years. The University of Utah Kem C. Gardner Policy Institute hosted a discussion on the topic earlier this month, where state legislators from both sides of the aisle agreed that climate change is happening and that it needs to be addressed. The biggest political divider now is how should it be addressed today and moving forward.

That's where the issue lies in Utah, in the nation's capital and in many countries across the globe. Even with new scientific reports and the growing number of natural disasters tied to changes in the climate, Roberts contends leaders still aren't acting urgently enough to address the problem.

"You'd think it would scare people into action, but surprisingly it doesn't," she said.

It's why she plans to continue to attend more walkouts and more rallies in the future, and hopes her peers will join her in the effort.

Juarez agrees. She believes that climate change matters more for her generation because it and the ones after hers will likely deal with it the hardest, which is why she continues to organize rallies.

"We're going to see the effects, which is the difference with previous generations," she said. "This is going to be something we have to live with."