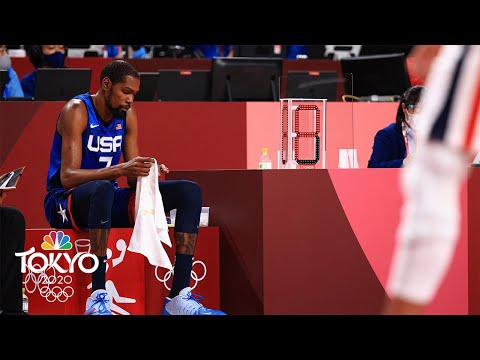 Best of Day 2 at the Tokyo Olympics: USA basketball stumbles out of the gate | NBC Sports 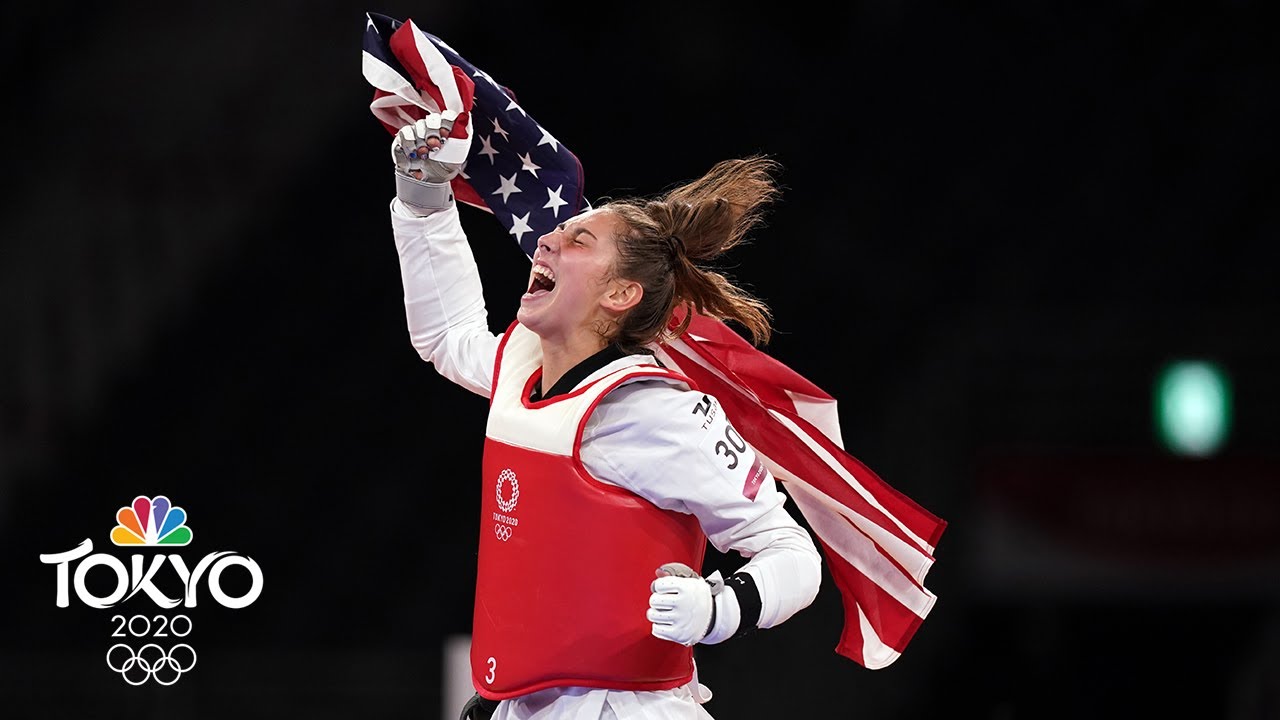 AT THE GAMES — In April, Rhyan White got a text from a high school friend she hadn't heard from in some time.

White had just competed in a major swim meet in Mission Viejo, California, and unbeknownst to her it was being broadcast somewhere.

She probably will have a few more of those texts come Sunday night.

The Herriman native will swim in the 100-meter backstroke semifinals live during Sunday's NBC's primetime coverage of the Olympic Games after posting the sixth fastest time in the prelim heats early Sunday morning.

White will be part of a loaded field, which includes three swimmers — Canada's Kylie Masse, USA's Regan Smith and Australia's Kaylee McKeown — who broke the Olympic record in back-to-back-to-back heats during the prelim swims.

White finished second to Smith in her prelim heat, and her time of 59.02 was comfortably among the top 16.

White is scheduled to swim in the semifinals at 8:53 p.m. MDT, a race that will be shown live on NBC. The top eight times from the two semifinal heats will advance to Monday night's final.

Rudy Gobert wasn't ready to celebrate yet — even if he had a pretty good reason to.

But beating the U.S. in the first game of the Olympics isn't quite the same as beating them (or anyone else) in the final one.

"I mean, it's great," Gobert said. "But until we have what we want to have around our neck it doesn't really matter."

That may have sounded farfetched in past Olympics, but after France beat the Americans in the World Cup in 2019, their confidence is growing.

That's especially true with Team USA having a tough time finding its footing. Former Weber State guard Damian Lillard was one of many of the American All-Stars who struggled Sunday, finishing with 11 points on 3-of-10 shooting.

The loss isn't a death stroke for America's gold medal hopes. The French and Americans will play two more group stage games against Iran and the Czech Republic. The top two teams in each group automatically advance to the knockout stage of the tournament.

Two Utah Jazz wings matched up against one another to begin their Olympic tournaments.

Ingles finished just 4 of 12 from the field and finished with three turnovers.

Oni started in his Olympic debut, but finished with just 2 points on 1-of-3 shooting in 23 minutes.

The two teams will both play Italy and Germany in group stage play to determine who advances to the knockout stage of the tournament.

Give it up for MyKayla Skinner everybody 👏@TeamUSA x #TokyoOlympics

The women's gymnastics qualifying meet could have gone better for Team USA. It was a shaky start Sunday morning with several uncharacteristic missteps — a step out of bounds here or a fall there. Still, the team finished in second place and qualified for the Team Final, just behind Russia in the team scores.

But the night was more than just a qualifying event for the team, which was almost certainly going to make it to the final, it was a night for all six of the gymnasts representing the United States — four on the team and two individuals — to compete for a spot in the all-around finals or on an individual event.

University of Utah gymnasts MyKayla Skinner and Grace McCallum had a good shot going into the qualifying meet to claim a spot in the vault (Skinner) and beam (McCallum). But in the end, the two missed an opportunity to compete in any of the individual events, ending Skinner's Olympic run — McCallum will still get the opportunity to compete as part of the 4-member team.

The top eight gymnasts in each event advance to the final; however, only the top two from each country may advance, which is how Skinner was left out of vault. Skinner had a step forward on her vault but still managed a 14.866 score — good for fourth overall. But Jade Carey, who is also competing in the Olympics as an individual, landed one of the best vaults and scored a 15.166 to push Skinner out of the running.

Don't know what I would do without youuuu!!! 😘 thanks sis https://t.co/wTyhAltwRI

Bountiful native Jake Gibb had yet another partner Sunday morning as he opened the pandemic-delayed 2020 Tokyo Games.

But for the 45-year-old Gibb, the four days he had to develop chemistry with USA newcomer Tri Bourne was no problem.

Gibb and Bourne took a straight-sets victory over Italy's Enrico Rossi and Adrian Ignacio Carambula Raurich, 21-18, 21-19 on Sunday night in Tokyo to open the Summer Games with a win.

Bourne replaced Gibb's former partner Taylor Crabb, who had to be removed from the tournament after testing positive for COVID-19. Gibb, who has been with Crabb since 2017, was ranked fourth in the FIVB world rankings with his previous partner, and had never played a match with Bourne — not even a practice session.

It didn't matter this time, though, as the duo opened the match with a 6-1 spurt and never looked back.

The pairing will play again Tuesday at 6 p.m. MT against Switzerland's Adrian Heidrich and Mirco Gerson.

Luis Palma and Juan Obregon scored the other two goals for Honduras, equalizing against New Zealand markers from Liberato Cacace and Chris Wood to set up Rivas' winner off a deflection in the 87th minute.

Honduras wraps up Group B play Wednesday against South Korea.

Former Utah shortstop Anissa Urtez was one of three players with a home run Sunday night in Tokyo, and Dallas Escobedo spun a one-hitter to help Mexico to its first-ever Olympic victory and keep El Tri's hopes alive for the bronze medal.

Urtez launched a two-run shot over the left-field fence in the bottom of the fifth inning for her second home run of the tournament for Mexico, which will face Australia in both team's round-robin finale Monday. The winner will face Canada in the bronze medal game Tuesday.

University of Utah graduate Alexis Lagan scored 560 for 38th place in the qualifying round of the 10-meter air pistol shooting Sunday.

The top eight advanced to the finals, and no Americans made the field.

Lagan will next compete in the 10-meter air pistol qualification Monday at 6 p.m. MT.