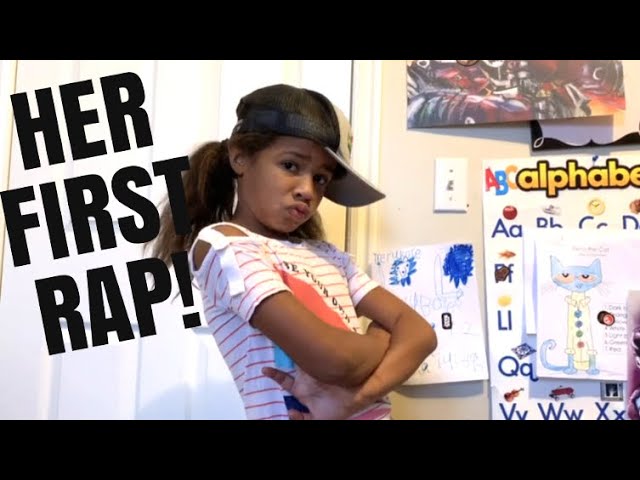 SALT LAKE CITY — In a matter of 25 seconds, 8-year-old India Boyé can tell you about her biracial family and why she matters in a rap that's won hearts and national recognition.

The rap is part tribute to her parents but also answers the question posed by the 2020-21 National PTA Reflections contest theme, which for 2020-2021 was "I Matter, Because."

India, a second grader at Canyons School District's Willow Canyon Elementary School, composed the rap in her bedroom while her family was cooped up at home during the COVID-19 pandemic.

Recently, the National PTA announced that Boyé's song, "Indi-rap," was winner of an award of excellence in the music composition category of the national contest. India will receive a silver medal, certificate, $200 scholarship, and her work will be featured in a traveling exhibition.

India said she entered the contest because her older siblings were doing it. The contest, which starts at the school level, is open to students pre-kindergarten through the 12th grade who create original works of art corresponding to a student-selected theme.

She said she decided to write a rap song because she likes to write, sing, dance and perform.

And the message clearly resonated with judges as her entry progressed from each round of the competition to the next, finally winning a national award.

"It was awesome. It was such a good feeling," she said.

Earlier this week, she was recognized by the PTA at school, which was a surprise. "They brought a big purple poster and it's still by the (school) office," she said.

India said she was already having a good day because "I was a high commander that day," she said, "It means you get to kind of help the teacher and pass out papers and do everyone's lunch choice. It's really fun."

When she spotted her mom in the school, she knew something was up. "I was like, 'Whoa,' " India said.

Her parents said the rap likely resonated with judges given the nation's social reckoning that followed George Floyd's murder while in the custody of a Minneapolis police officer and inequities revealed by the pandemic.

"I just knew that it was a unique thing. We figured that not many kids were rapping. As a biracial family with lots of kids in east side Sandy, I knew that she was going to stand out," Julie Boyé said.

Let me tell you 'bout my family history

My mom is white and my dad is brown

They are the best and they won't let me down

We are all God's children and we like to have fun

I matter, because my family loves me

I matter, because I like to dance and sing

I matter, because I'm a cool wildcat."

Alex Boyé said he was "really touched" by India's song the first time she asked him to listen to it.

"She just started rapping and she's going, 'My dad is Black and my mom is white.' It made me realize that she was aware of the climate and what was going on," he said.

This past summer's events and the Black Lives Matter movement teed up many conversations in the Boyés' home, Julie Boyé said.

"We had the news on in our house, to a degree, and they were aware of it," she said.

The theme, "I Matter, Because," was perfect for the moment in time, Julie Boyé said. School-level Reflections entries were submitted in the fall.

Among the Boyés' eight children, India is a natural entertainer and has knack for music. She studies videos of her father's performances and likes to watch singing and performance competitions.

"I will be upstairs listening to her sing and she will pick out harmonies," said Julie Boyé. "How many 8-year-olds can find a harmony to a song? She's definitely got a gift for music."

India also enjoys dance and gymnastics, although her mom once watched her dancing while on the balance beam and realized she preferred movement to the acrobatic skills performed on a 4-inch wide apparatus.

Julie Boyé said she wasn't terribly surprised that India's performance won national recognition because as her entry progressed in through local, regional, statewide and finally national rounds of the contest, "I'm like, 'Oh, she's got this.' We say that a lot in our house. It's kind of 'Go big or go home.' "

India recently celebrated her eighth birthday and was baptized in The Church of Jesus Christ of Latter-day Saints.

"So Alex got to do it and he blessed her to know that she was equal to everybody else. Sometimes they don't even know that that's a thing until they start learning about it in first grade half the time," Julie Boyé said.

For the second consecutive year, Utah had the most National PTA Reflections Contest winners.

Nationally, the top entry in literature was written by was Joshua Johnson, a student at Granite School District's Bennion Junior High School in Taylorsville. He was among seven students nationwide to earn top honors in the contest.

Johnson's entry, "The Voice in My Head," was selected Outstanding Interpretation Award, for which he was awarded an $800 scholarship, a gold medal, certificate and his work will be included in the association's national traveling exhibition. The local PTA unit was also awarded a $200 prize in recognition of Johnson's winning entry.

The association recently announced the Reflections contest theme for 2021–2022, which is "I Will Change the World By …"

Asked if she plans to enter next fall, India enthusiastically responded, "Yes."