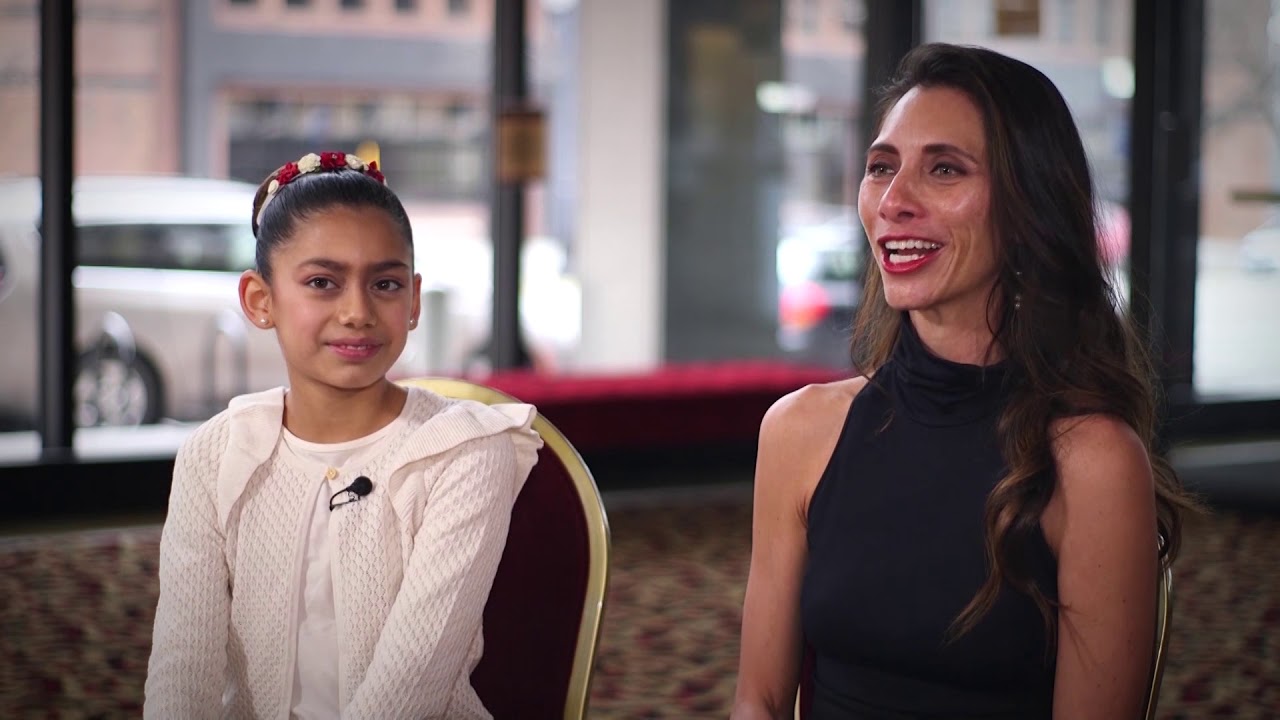 SALT LAKE CITY, Utah – "Let's dance" was the plea from the children who were cast this year in Ballet West's iconic production of "The Nutcracker." With COVID-19, their Capitol Theatre performances were canceled — but where there's a will, there's a way.

This is the story of a private pandemic performance.

It began with a very different dress rehearsal — no sets, no costumes, no props and the performance would be the same.

"There is nothing like ' The Nutcracker' — it has a very special magic to it," said Heather Thackeray, Ballet West's student ballet master.

When the county closed its performing facilities – the children, the older Ballet West Academy students and their parents asked if there was any way they could perform. Artistic director Adam Sklute thought it was a great idea. A bit like going back to the original production that Willem Christensen created – homemade everything.

It would now be a one-night-only performance. But even with all of the changes, backstage was filled with an air of excitement.

Go behind the scenes of The Nutcracker with Artistic Director Adam Sklute: https://t.co/cNFv7tuxYG via @YouTube

"We decided to rent the Grand Theatre (which belongs to Salt Lake Community College) and give all the students an opportunity to show their parents and their families what they've been practicing for four months," said Thackeray.

With the first notes of that iconic music, a performance of "The Nutcracker" for the history books began. "It was wonderful. I loved it," said 9-year-old Isabelle Latimer, who is Ballet West's first Spanish-speaking Clara — every young girl dancer's coveted role.

Her mother, Deborah Latimer, was a professional dancer and "The Nutcracker" was part of her life for many years in different roles, including Clara.

When Ballet West sent the email, she and her husband, who was at football practice with their son, stopped in amazement. They were thrilled for their daughter.

There is nothing like ' The Nutcracker' — it has a very special magic to it.

"That was very, very exciting," Latimer said. "So, then I just told Izzy, 'I'm going to take your picture before your ballet class' and actually, I was recording with my phone, just to see her reaction."

"It was just like she was taking a picture and she was like, 'Izzy, you're Clara,'" she said. "I just started freaking out, I didn't believe it at first."

With her head held high and toe shoes laced, Latimer knew she would be center stage.

Latimer said she is dancing in her bedroom, the kitchen and living room. Deborah, Latimer's teacher, nodded in agreement. There is a great deal of dancing in the Latimer home.