The Church of Jesus Christ of Latter-day Saints, File Photo 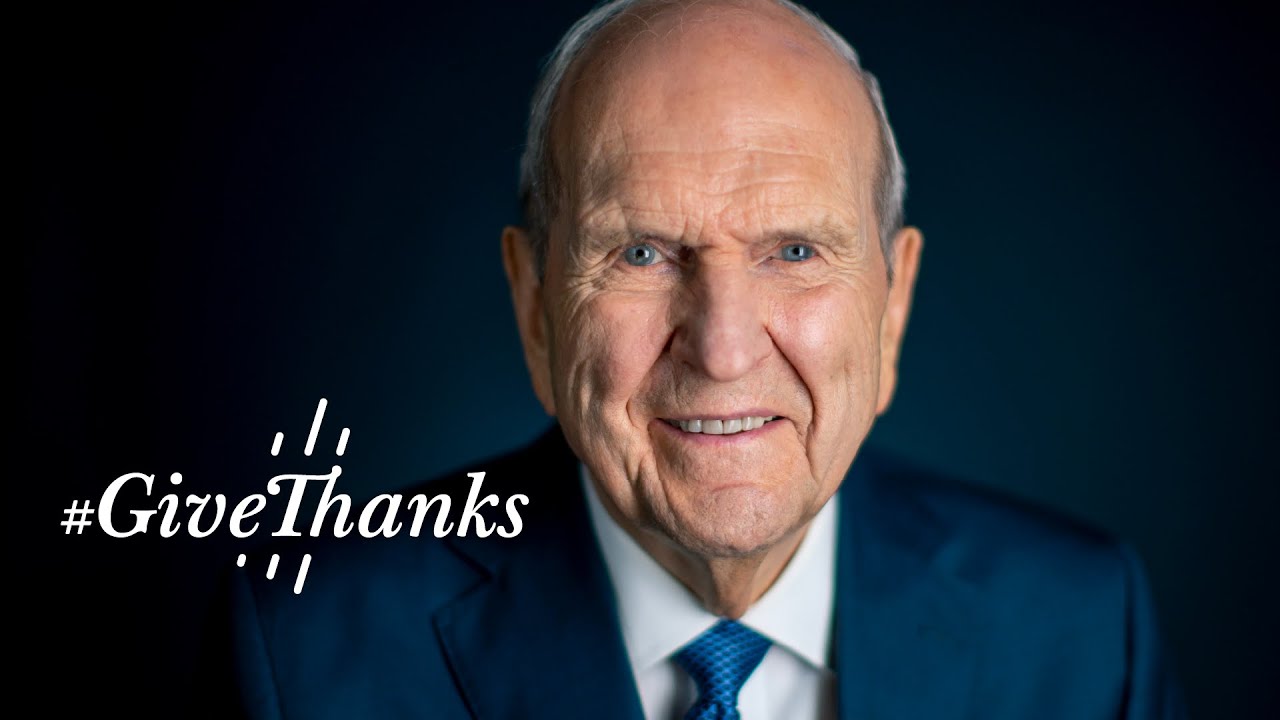 SALT LAKE CITY — In his lifetime, President Russell M. Nelson, leader of The Church of Jesus Christ of Latter-day Saints, has lived through the Great Depression, a world war, witnessed the rise of terrorism, and seen widespread hunger and poverty.

"Despite being well trained to treat the very thing that ended her life, I could not save my own wife," he said in an 11-minute video released on Friday morning. He added that "no parent is prepared to lose a child."

Instead of losing himself in such tragedies, President Nelson said he tries to express thanks to God for his trials.

"Does gratitude spare us from sorrow, sadness, grief and pain?" he asked. "No, but it does soothe our feelings. It provides us with a greater perspective on the very purpose and joy of life."

The 96-year-old faith leader is now encouraging others to do the same as many suffer from the impact of a worldwide COVID-19 pandemic. In the video, President Nelson called upon all individuals to participate in a social media campaign of gratitude, using the hashtag #GiveThanks.

For the next week leading up to Thanksgiving, everyone is invited to share what they are thankful for on social media and mark posts with the hashtag.

"Working together we can flood social media with a wave of gratitude that reaches the four corners of the Earth," he said.

Before leading the global church, President Nelson was a successful cardiovascular thoracic surgeon and often spent hours in an operating room. He knows firsthand the unique challenges faced by those in the health care profession and said he greatly honors the commitment that medical professionals have shown in fighting the virus.

As skilled scientists and researchers work hard to develop and distribute a vaccine against the novel coronavirus, President Nelson noted there is no medication or operation to fix the spiritual problems experienced by many in the world. But, he explained, gratitude can serve as a remedy to the pain.

"As a doctor, I know the value of good therapy," he said. While it may seem surprising to some or go against natural intuition, President Nelson said the healing power of gratitude has been validated by scientists and men and women around the world.

President Nelson encouraged individuals to unite in prayers of gratitude, in addition to his plea to flood social media with positive messages. He then offered a prayer "for the world and everyone in it" and said he hoped those watching would feel inspired to do the same.

As he bowed his head, he first thanked God for the beauties of the Earth and for life, and then asked for a special blessing of protection and inspiration for those working tirelessly to solve the COVID-19 pandemic. He prayed for help in ending the virus that has plagued so many. He also gave thanks for the leaders of nations and others who strive to uplift and asked for relief from political strife.

"Will thou bless us with a healing spirit that unites us despite our differences," he prayed. "Will thou also help us repent from selfishness, unkindness, pride and prejudice of any kind, so that we can better serve and love one another as brothers and sisters and as thy grateful children."

President Nelson told viewers he grieves with the billions worldwide whose lives have been upended by the pandemic.

"As a man of science and as a man of faith, the current worldwide pandemic has been of great concern to me," he said. Back in March and April, President Nelson called for global fasts in an effort to find relief from the global crisis.

The church has also assisted in multiple COVID-19 relief efforts, participating in more than 750 projects in over 135 countries.

Now, as much of the country faces another surge in COVID-19 cases, the faith leader hopes citizens around the world can come together yet again and share positivity — both on social media and through prayer.