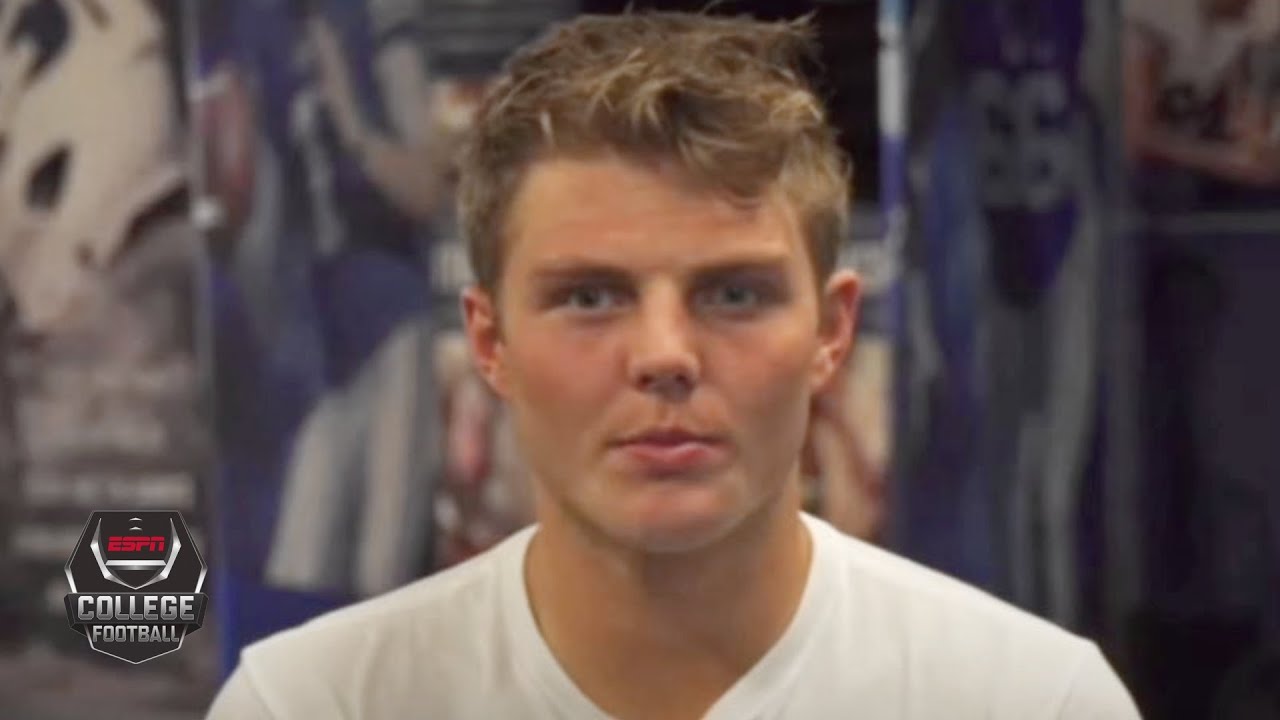 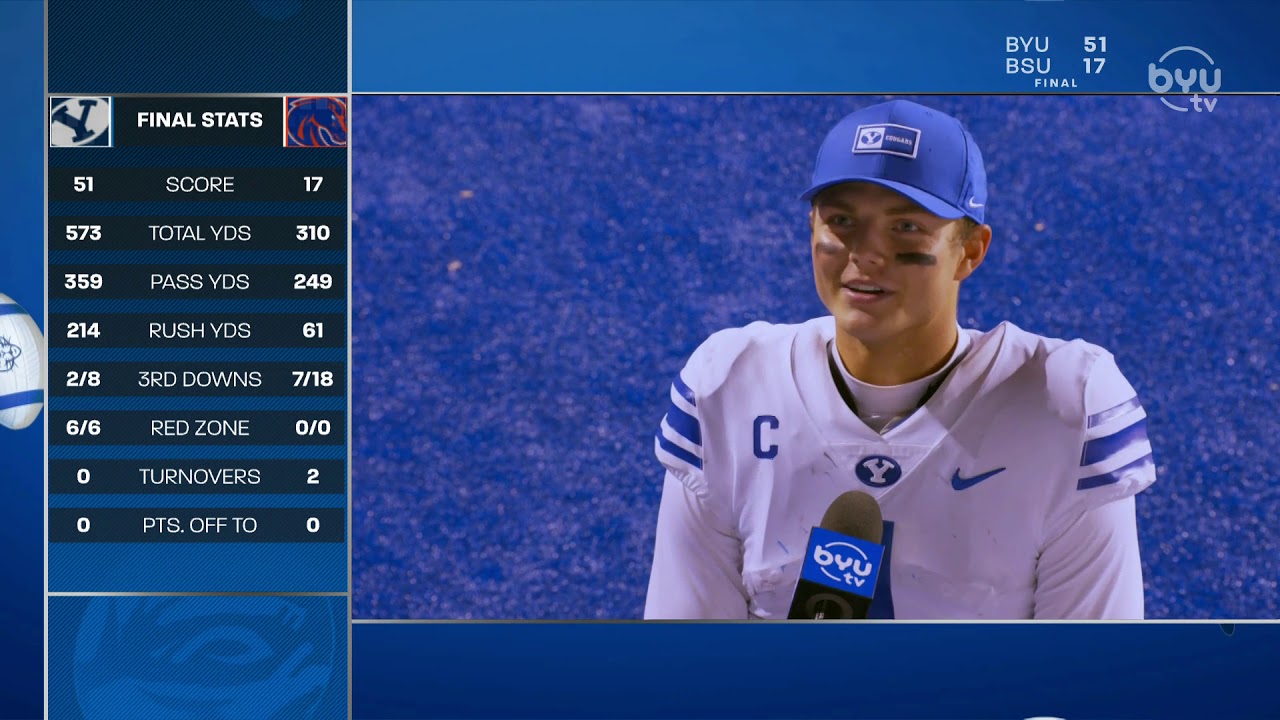 PROVO — Through the first eight games of the 2020 season, BYU has been a darling of the national media.

Ranked No. 8 in the latest Associated Press Top 25, the Cougars (8-0) have been mentioned as a "near-lock" for the New Year's Six bowl games, a darkhorse candidate for the College Football Playoff, and arguably the best team from outside the Power Five conferences — with apologies to No. 7 Cincinnati, who was also predicted to earn a NY6 bid in the most recent projections at ESPN.com.

But the guide captaining that ship has received his fair share of compliments, as well.

In those eight games, quarterback Zach Wilson has completed 75% of his passes for 2,512 yards and 22 touchdowns with just two interceptions. He's also run for 158 yards and eight scores, with a quarterback rating of 221.0, according to ESPN.

"There are so many things he's doing exceedingly well — better than guys I've been around for a long time," said Grimes, who complimented Wilson's consistency above all else. "It was maybe a moment of redemption for him, as well."

A year after missing much of his sophomore season with injuries to his shoulder and thumb, Wilson is the No. 2-ranked passer in the country and seeing his NFL draft stock soar during the Cougars' first 8-0 start since 2001. ESPN draft guru Mel Kiper rates him as the No. 13 talent in the class of 2021, despite the fact that the Corner Canyon product could technically return to school for two more seasons of eligibility.

ESPN colleague Todd McShay projects Wilson at No. 16, and The Athletic's Dane Brugler ranks Wilson as one of the most ascendent players from the 2020 college football season.

"The story of the NFL draft process thus far has been the ascension of Wilson," Brugler wrote. "Some around the league believe he could go higher than sixth."

And he's even joining the Heisman Trophy conversation, with the fifth-best odds to win college football's top individual honors, according to Odds Shark.

Wilson's 2,512 yards trail only SMU's Shane Buechele nationally. For comparison's sake, Alabama's Mac Jones — considered a Heisman Trophy frontrunner by oddsmakers' most recent projections — has thrown for 2,196 yards and 16 touchdowns with two interceptions, and Clemson's Trevor Lawrence has 1,833 yards and 17 touchdowns with two picks — though with two fewer games after being diagnosed with COVID-19.

D'Eriq King, the Houston transfer who has starred at Miami and is tied with Wilson on +2,200 odds, has 1,831 yards and 16 touchdowns with four interceptions.

It's easy to see why Wilson rates so favorably, at least if you ask his teammates.

"We want Zach to win the Heisman," said freshman tight end Isaac Rex, who is experiencing his own breakout season with 251 yards and six touchdowns. "We believe he's the best quarterback in the nation and should be a first-round pick when he decides to declare. He's the real deal, so Wilson for Heisman all day.

"I think he should definitely go to New York. He's doing things no other QB is doing right now, and he's leading us to an amazing year. We think he'll have that chance, and we'll have a chance to get him there."

Of course, Wilson has plenty of talent around him to make him look good. Besides Rex, who is one touchdown away from topping his father Byron's season-best mark in a BYU uniform, the Cougars count on two receivers ranked in the top-10 nationally: Dax Milne (805 yards, 6 touchdowns — No. 4) and Gunner Romney (648 yards, 2 touchdowns — No. 10).

And when offensive lineman Brady Christensen was added to the Outland Trophy watch list, which is given to the nation's best interior lineman, Wilson called him the "best left tackle in the country."

Wilson has his teammates' backs, so it should be no surprise that they have his.

"Obviously, we don't want to drink the poison. We've still got two games left," said Christensen, who Pro Football Focus grades out at a top-ranked 95.4 rating with just two pressures allowed. "But it's been awesome playing with that kid. No one works harder, and the fact that he gets all that attention is great. He deserves all of it.

"As an offensive lineman, it's great when your guy gets that kind of attention."

Wilson has been attracting enough attention that the university's social media staff initiated a Heisman campaign Friday night after the Cougars' 51-17 win over Boise State, using the hashtag #W1LSONHE1SMAN.

This, even as the school was three days away from restructuring the athletic department's media relations and sports information department, a shuffle that involved laying off seven of the communications staff's 11 employees.

So we're talking about this openly now!? LETS GO THEN! MY QB IS THE BEST IN AMERICA @ZACHKAPONO !! #W1LSONHE1SMANhttps://t.co/C2cvo6FcV6

Even as Wilson's play has done most of the talking for such a campaign, the Cougars aren't afraid to publicly put him in the same stratosphere as Alabama's Mac Jones, Clemson's Trevor Lawrence and Ohio State's Justin Fields, to name a few.

"Any time we can promote our players, I'm on board for it," head coach Kalani Sitake said. "Whether it's their playing ability or things they are doing in the community, I'm all about promoting what BYU players are all about. I support them in whatever they want to promote, whether it's for personal awards or anything like that. I want our players to be recognized for the things that they do and the talent that they have.

Believable or not, the 6-foot-3 BYU signal caller is having a season for the ages — and one that could lead to NFL fortunes in the future.

"I think there's a lot of NFL talent on this team," Sitake said. "Hopefully they get recognized, and we're able to get them in the league to represent the school and their families well."