No. 8 BYU is on pace for a special season. But is it special enough for the College Football Playoff? 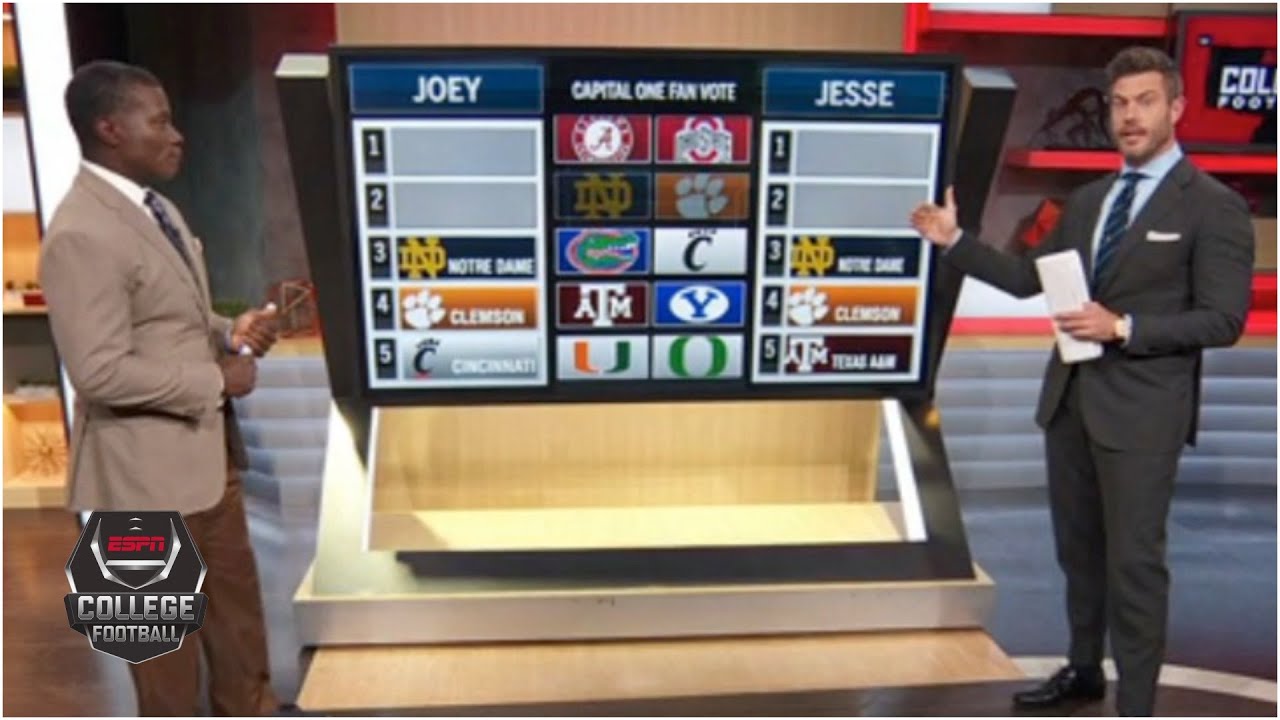 PROVO — After improving to an 8-0 start for the fourth time in program history with a 51-17 win over then-No. 21 Boise State, BYU's football team will take a much-needed breather into the bye week.

But the conversation won't be quiet around the Cougars, who ascended to No. 8 in both the USA Today/Amway Coaches Poll and Associated Press Top 25 on Sunday morning.

BYU is in the middle of a special season, and special seasons tend to end with postseason achievements. The Cougars haven't accepted a bowl bid, likely because they are waiting (hoping? praying?) for an invitation to one of the New Year's Six bowls.

Fitting into the top eight nationally — or top four, once playoff teams are taken out — would certainly help bolster that case. ESPN.com, which is owned by the same parent company that owns and/or manages most of the highest level of college football's bowl season, projects BYU to face No. 11 Oregon in the Fiesta Bowl in Glendale, Arizona, for example.

The Cougars can hardly control any of that talk — all they can do is win. But that's not to say BYU isn't enjoying the unique season it is having, one that objectively ranks as the best for the program since at least 2001 (the last time BYU was 8-0).

Still, all the Cougs can do is win, and keep winning.

Could winning out to the tune of a 10-0 record and wins over Boise State and San Diego State lead the Cougars from New Year's Six discussions to the College Football Playoff? It may seem like a pipe dream, but there's still time for such a move to be made.

The CFP committee will release its first rankings of the 2020 season on Nov. 24, and will update them weekly until the Dec. 20 selection show on ESPN. The two playoff semifinals are Jan. 1 in the Rose and Sugar bowls. Additional New Year's Six bowls are played Jan. 2, with the CFP championship scheduled for Jan. 11 in Miami.

While launching such platitudes may seem nonsensical to some — the Cougars' strength-of-schedule was thrown for a loop due to the novel coronavirus pandemic, and no Power Five team will play them with each league's move to conference-only or near-conference-only play — several college football pundits think BYU still has as good of a shot as any at making the final field of four.

High praise for the Cougs on @CollegeGameDay this morning 🔊#BYUFOOTBALL#GoCougspic.twitter.com/FqIwPEUuYx

"It's what they're doing on the field; they're winning games by an average of 45-13. What else can you ask them to do?" ESPN analyst Kirk Herbstreit said on the network's College GameDay. "I don't care what the schedule says. It's what you do on the field — and they do everything.

"This is a team that a year ago was riddled with injuries, and guys had to play a year ago that weren't ready. So it's a veteran team with a great quarterback … and don't sleep on their defense. They fly to the football."

Herbstreit currently lists BYU alongside Florida as the "next two" outside his current CFP Top 4 of Alabama, Notre Dame, Ohio State and Clemson.

BYU deserves to be taken seriously in the national conversation. Whether the Cougars are a team that could beat powers like the Tide or the Tigers is one thing, but they deserve to be in the conversation and squarely in the crosshairs of one of six multimillion-dollar bowl games played over the New Year holiday.

And yet, maybe the New Year's Six isn't the only target for BYU.

ESPN gives BYU a 23% chance at making the playoff, up from 10% three weeks ago. The Worldwide Leader had two of its 14 writers project the Cougars into the playoff — none picked Cincinnati — and ESPN analyst Tom Luginbill said it's because of Wilson.

"He's special," Luginbill said. "I give them the nod because of their quarterback."

"I've got to go with BYU, and it's because of the quarterback," Manuel said. "You watch Zach play, and he's so elusive. He's able to make so many throws.

"Even those 40- to 50-yard throws he makes on the run are incredibly accurate. I would have to give the edge to Zach Wilson and the BYU Cougars."

Of course, a 26% chance at the playoff means there is still work to do.

Top-ranked power Alabama has the best odds at making the playoff at 91%, and the current top four of Ohio State, Notre Dame and Clemson all project at 45% or better in odds.

But besides Wisconsin, which isn't scheduled to play Ohio State until a potential Big Ten title game matchup, the Cougars have as good a chance as anyone at finding itself in the playoff.

"To me, as teams keep losing, do not forget about BYU," said Herbstreit, who helped call the Cougars' season-opening win over Navy back on Labor Day. "They're legit."

The Cougars rank No. 3 nationally in yards per play, and boast the No. 5 total offense with 533.4 yards per game and 45.3 points per game.

Wilson's 2,512 passing yards are the second most in the Football Bowl Subdivision, trailing only SMU quarterback Shane Buechele. The Corner Canyon product has been cropping up in Heisman Trophy conversations for a few weeks, but with the Cougars' win in what most considered the most important game of the season, that talk has hit another level.

BYU's athletic department launched a Heisman campaign on social media under the hashtag #W1LSONHE1SMAN. Even his teammate Troy Warner responded to the mention, saying "I'm with all of this!!!" on Twitter.

So there goes that "distraction."

For his part, BYU head coach Kalani Sitake wants nothing to do with it, something about which his QB1 feels the same way. That's to be expected of the fifth-year head coach who has insisted every week that BYU focuses on "the next game," which in this case means Nov. 21 at home against FCS-level North Alabama.

"Let everybody else do the talking. We know what we need to fix, and we're just going to focus on that."

Wilson's focus is on his team, and he's said in the past that such discussions are "team awards." He's certainly had quite the supporting cast around him.

Dax Milne and Gunner Romney are both top-10 receivers nationally, with Milne coming in at No. 3 with 805 receiving yards and six touchdowns. Romney, for his part, follows at No. 8 with 648 yards and two scores.

Converted linebacker Tyler Allgeier is a top-10 running back, as well, with 710 yards and nine touchdowns.

You know @garystriewski had to come with the headband look to talk to BYU's Zach Wilson 😎 pic.twitter.com/5kK1qFxCv4

Not to be outdone, BYU's defense allows just 284.9 yards and 13.9 points per game — both the 11th-best marks in the nation — led by NFL prospect Khyiris Tonga at nose tackle.

"This year's been a ton of fun so far," Wilson told ESPN on Saturday night. "I'm grateful for the position we're in, and grateful that we had a schedule.

"We didn't think we would be in this position, so to be 8-0 and ranked, to come up with a huge win at Boise State like BYU's never done before, it feels good."