Triple-digit heat forecasted to blast Utah, western US throughout weekend 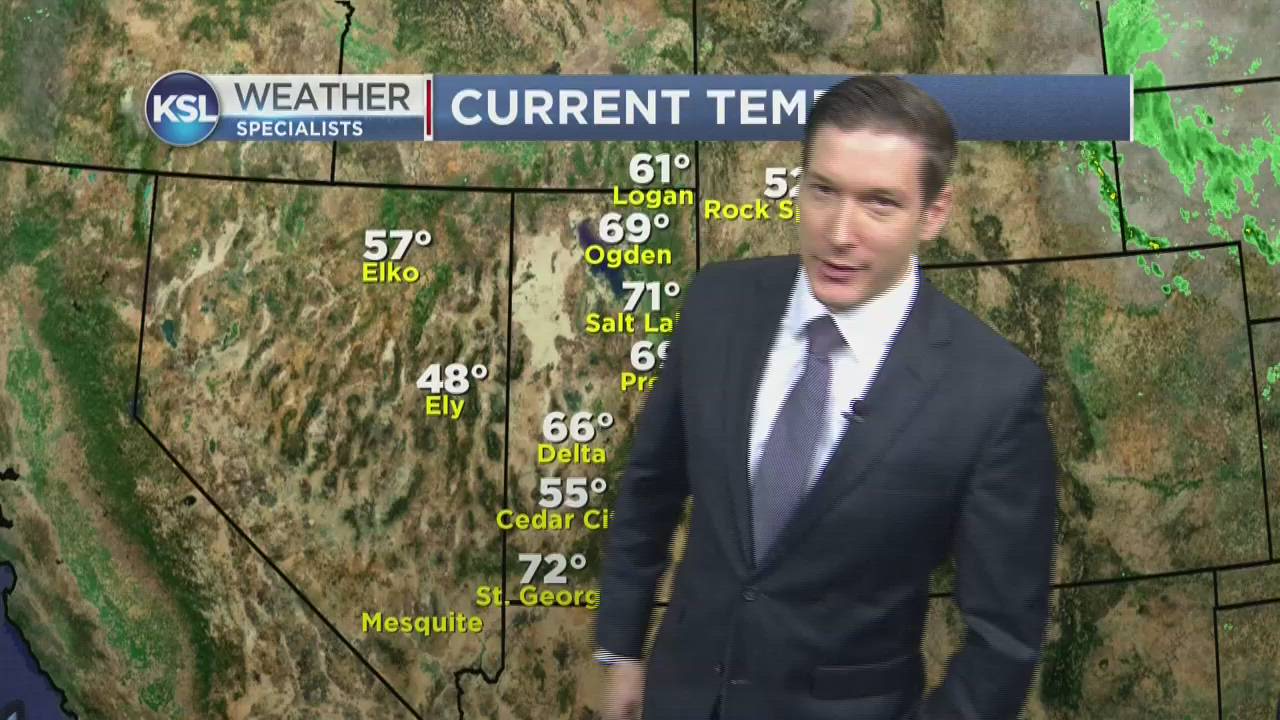 That’s essentially the best way to describe the forecast for all of Utah and even the western part of the U.S. over the next few days.

Forecasted highs near and exceeding 100 degrees throughout the Wasatch Front are expected Thursday through Monday, with high 90s also forecasted into next week. Temperatures in southern Utah could reach 110 degrees — the National Weather Service issued an excessive heat warning for some areas of the region from noon Thursday to 10 p.m. Saturday.

KSL meteorologist Dan Guthrie explained the heat is tied to a high-pressure system that has moved over the western portion of the U.S. It’s expected to be the dominant weather pattern for the next week to 10 days, driving up temperatures.

“What it’s doing is it’s blocking our flow of moisture,” he said. “In fact, we’re blowing all the dry air from the desert all over the Pacific. When that happens, you can’t evaporate any water from the ocean to make storms and to make clouds. That’s why we end up with dry times and it allows our temperature to warm up another 5 to 10 degrees then it otherwise would.”

As a result, the National Weather Service forecasts highs for Salt Lake City at 98 degrees Thursday and highs ranging from 100 to 102 from Friday through Monday. Overnight lows are expected to remain in the low 70s during that time.

Salt Lake County officials said they are once again opening up cooling centers to help residents beat the heat. The Salt Palace Convention Center, 100 S. West Temple in downtown Salt Lake City, and the Mountain America Expo Center, 9575 S. State, will be open — with social distancing protocols in place — from noon to 7 p.m. Thursday through Aug. 7.

Logan’s highs are forecasted in the upper 90s Thursday through Monday. Vernal’s forecasted highs range from 92-95 degrees during the same timespan.

“Extreme heat will significantly increase the potential for heat-related illnesses, particularly for those working or participating in outdoor activities,” the warning reads, in part.

High temperatures up to 110 degrees this afternoon through Saturday for portions of southern Utah including Zion NP, Grand Staircase-Escalante, Lake Powell, Glen Canyon and portions of Canyonlands NP. #utwxpic.twitter.com/rgWWJSia9d

Guthrie said that Utah's temperatures aren't expected to cool down until mid-week next week.

Similar hot patterns are forecasted throughout the West over the weekend. For example, Spokane, Washington’s forecasted high for Friday is 105 degrees; it’s expected to reach 104 degrees in Boise, Idaho, on Friday, as well. Missoula, Montana, is expected to top out at 99 degrees.

It's even worse for areas south of Utah. Phoenix has a forecasted high of 116 degrees Thursday and Friday, and 112 degrees over the weekend. Las Vegas has forecasted highs ranging from 110 to 113 degrees from Thursday through Monday.

With the high heat around the state and elsewhere, the weather service recommends the following:

Visit the KSL Weather Center for more forecasts across Utah over the next seven days.