OREM — A Utah Valley University basketball recruit was arrested Saturday and accused of sexually abusing a woman at a party and punching a man who confronted him.

Zachary Mogbo, 20, was booked into the Utah County Jail for investigation of forcible sexual abuse, assault, criminal mischief and possession of another person’s identity.

Orem police were called to a house party near 300 North and 900 West about 1:30 a.m. after receiving a report that a man at the party had tried to sexually assault a woman.

The woman, 22, told police she had been dancing with Mogbo when the two decided to go into a bathroom. The two were kissing consensually, but when she said Mogbo began touching her all over her body, she told him she did not want him doing that, according to a police affidavit.

“She tried to leave the room, but Zachary grabbed her by the groin attempting to hold her there and ripping the fish netting tights she was wearing,” the affidavit states. “She called for help and kicked Zachary trying to leave the room.”

A 21-year-old man at the party told police he heard his friend yelling for help from the bathroom and “saw Zachary trying to keep the female from leaving the bathroom,” the officer wrote in the report. When he confronted Mogbo, he said the man punched him in the face.

After leaving the bathroom, Mogbo punched a hole in the drywall near the bathroom door, according to the affidavit. Police say the crying victim then came out to tell others at the party what had happened.

Another man then confronted Mogbo, and witnesses said Mogbo threatened the man, “saying he had a gun and implied that he would use it,” the affidavit says.

Officers located Mogbo in a vehicle outside of the house and reported that he had “fresh blood and a cut on his right hand knuckles.”

Utah Valley University spokesman Scott Trotter said Mogbo transferred to UVU this semester as a newly recruited member of the 2019-20 basketball team. “We are aware of the accusations against him. Per athletic team rules, he was suspended pending the outcome of the investigation,” Trotter said in a statement.

The police report said Mogbo is from Florida and “may attempt” to go back there. His name was not listed on the school’s online basketball team roster late Saturday.

The 6-foot-7, 230-pound power forward played two seasons at Palm Beach State before transferring to UVU, according to a May post on the school’s website.

Orem police reported finding a California driver’s license with another man’s name in Mogbo’s pocket when he was arrested.

No formal charges have been filed in the case. 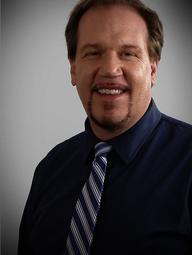