SALT LAKE CITY — Laughing while reporting they were assaulted. Changing details of their story. Fidgeting.

Those behaviors historically have cast doubt on victims’ accounts of rape or sexual abuse. But now, officers are learning such actions often signify trauma. They’re also gaining an understanding of how to sensitively interview people coping with trauma, according to a Utah prosecutor.

In that regard, Utah is a “front-runner” in changes being made nationwide since the #MeToo movement spurred a cultural awakening to the prevalence of sexual assault, said Marlesse Jones, resource prosecutor with the Utah Prosecution Council.

As part of HB200, passed in 2017, the Utah Legislature created funding to process the state’s backlog of sexual assault kits. As of last report, the Sexual Assault Kit Initiative created through the bill has processed more than 3,000 of those kits.

But the bill also required the Department of Public Safety and the Utah Prosecution Council to train law enforcement officers and cadets in how to respond to sexual assault or abuse cases.

The training, which has received less statewide attention than the backlog of rape kits, is changing the culture of police departments, Jones said.

Since January 2018, she has delivered instruction to 2,895 people in the justice system statewide, most of them law enforcement officers. 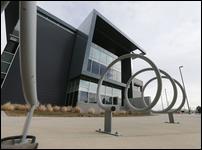 Following deeply personal testimony, a bill mandating that all rape kits be tested passed unanimously out of committee Friday to emotional applause.

“The interaction that I’m having with law enforcement at this point is really interesting, because they are wanting this information. It makes sense to them, they’ve not had this training before, typically in the past. And so they’ve been very hungry for it and receptive to it,” Jones explained.

During the courses — which Jones and others deliver across the state at no cost to agencies — officers receive training on myths, resources, investigations, DNA, sexual assault nurse examinations, strangulation, report writing, and court participation, Jones said. They also receive eight hours of training and participate in exercises specific to trauma and interviewing.

Layton Police Lt. Travis Lyman said the biggest impact the training created for his department can be seen in how officers now write reports. Each officer received the training in spring.

“It really has kind of an underlying implication that it is just a story, or maybe that we don’t put a lot of credibility into the truthfulness of it, even when it’s unintended on our part. Language like that tends to do that,” Lyman explained.

He said the department now uses phrases like “the victim stated this” rather than words that could suggest doubt of victims’ stories. The training also emphasized the need for officers to describe sexual assault clearly, the way a victim recounts it, rather than call it “sex” in reports. Some officers, especially those taking the first report, would often refer to assaults as “sex” because of a discomfort with being overly graphic and detailed in an initial police report, Lyman said.

He says the officers “have embraced trying to really be more sensitive to victims of these types of cases, and approach them from the very initial reporting, approach them in a believing way. From an approach that says, ‘Yeah, we believe that this happened.’ And go at the investigation from that perspective. That hasn’t been a hard thing for our officers, for the most part,” he said, adding that they had already sought to do so.

After going through the three-day course at Police Officer Standards and Training, one detective told Jones, “I’m thinking of cases now that I need to go back and reopen, and take a look at,” she recalled.

The training also signifies how trauma is increasingly becoming accepted as a type of evidence while the criminal justice system looks “a little deeper,” Jones said.

Trauma response is not just specific to sexual assault, Jones said, but often arises in domestic violence and other violent experiences as well. Trauma information “helps officers across the board” with any cases involving trauma, she said.

“And officers can relate to it, because we correlate their experience with the trauma (the victim) experienced,” she said.

Emotional reactions to trauma include shock and disbelief, anxiety, disorientation, denial, emotional lability (like going from laughing to crying), and difficulty concentrating or remembering, among a score of other responses, according to Harvard researchers.

With some of those responses in the past, Jones said, officers would often respond with disbelief.

“Now they can understand how the brain is embedding these memories and trying to survive through the trauma. And they don’t stop there anymore, they realize, ‘OK, inconsistent statements. That’s a sign of trauma. Let’s dig a little further, let’s investigate further.’”

While some officers historically have heard victims’ stories with doubt and responded with a lack of sensitivity, Jones said that came from gaps in training and societal understanding rather than a lack of caring.

“I can remember 20 years ago, as an advocate, going out on a rape call and not believing her, for the very reason that I now am training law enforcement that those factors actually are in support of the trauma that she has suffered. We didn’t know that 20 years ago, so we were not responding in the best way that we could have.”

But now, with the information, they can “do so much more,” she added.

Continuous education, however, will be needed, and SB200 provides funds to keep the training going indefinitely, Jones said.