SPANISH FORK — They line the interstates and major thoroughfares from coast-to-coast: cable barriers running along the center medians. They’re designed to prevent vehicles from crossing over into oncoming lanes.

Utah Department of Transportation began installing these barriers in 2003 and now has them along 300 miles of highway, primarily on sections on I-15 and I-80.

“The cable barriers absorb the force of the crash,” UDOT spokesperson John Gleason said Friday. “They act as a net to catch the vehicles before they go into oncoming traffic.”

Utah Highway Patrol Lt. Todd Royce said troopers have responded to many accidents where vehicles have hit these cable barriers.

According to UDOT statistics, crashes where a vehicle has crossed over the median are seven times more likely to result in a fatality.

About 5:40 a.m. Friday, 50-year old Kevin R. Miller, of Payson, died when his pickup truck apparently hit some black ice in the northbound lane of I-15 in Spanish Fork. The vehicle rolled over the top of the cable barrier at mile marker 253 and ended up on the northbound lanes, and was then struck by a semi.

Studies conducted by the Federal Highway Administration have shown that these cable barriers have been very effective in reducing the number crash fatalities and serious injuries across the nation.

Gleason said in Utah, the results are positive as well.

“It’s not 100 percent effective, but it is effective in areas where we have put in these cable barriers,” he said. “We’ve seen about a 95 percent crash reduction from those vehicles going across the road.”

Royce said he has responded to many accidents in Utah before the barriers began to be installed 15 years ago. He said they definitely have made a difference.

“Just with the time I spent down in Utah County and working throughout the state, they definitely have saved lives,” Royce said.

As UDOT continues to rebuild and make improvements on roads across the state more center median barriers — both concrete and cable — will be built.

“This has been a very effective way to prevent those crossover crashes so it is a method that we would use in the future, “ Gleason said. 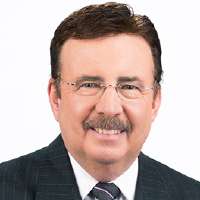