What to do/not do when encountering wild animals in Utah

SALT LAKE CITY — Many Utahns may be heading to the outdoors for camping and hiking during the Pioneer Day weekend. During these excursions, you may encounter some of Utah's wildlife. Here are some tips to help you and the animal avoid getting hurt.

Black bears are the only bears that live in Utah, according to the Division of Wildlife Resources. DWR gave some tips to help decrease encounters with black bears while camping.

If you do encounter a black bear, you should do the following: 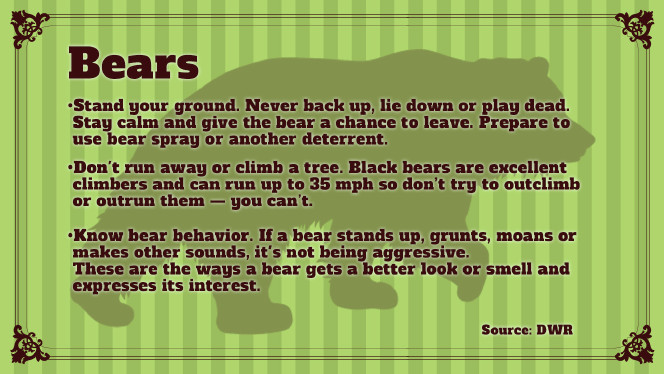 There are eight rattlesnake subspecies in Utah with the most common being the Great Basin rattlesnake, according to Division of Wildlife Resources native aquatic species coordinator Krissy Wilson. The most likely area to encounter a rattlesnake is on a rocky, talus slope.

Here's what to do if you do encounter a rattlesnake: 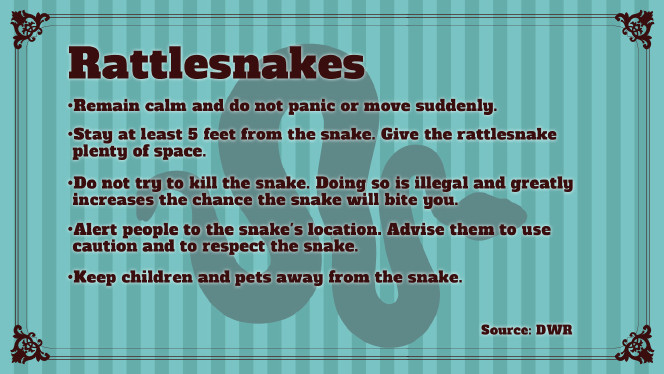 Click here for tips of what to do if you are bitten by the snake.

Utah is home to 18 species of bats, most of which live in Utah year-round and hibernate during the winter, according to Wild Aware Utah. Most bat-human conflicts occur when bats use buildings as dwellings, but bats rarely attack people. However, a small percentage of them carry diseases, like rabies.

Contrary to popular belief, bats do not try to tangle in people's hair, but they may appear to be diving at people because they are trying to regain flight speed and control, Wild Aware Utah said. Open the doors and windows to allow the bats to fly out of the room.

To avoid conflicts, people should consider sealing the cracks and holes in the attics and roofs of their homes. People could also consider installing a bat house near their property to provide bats an alternative roosting site from their home. 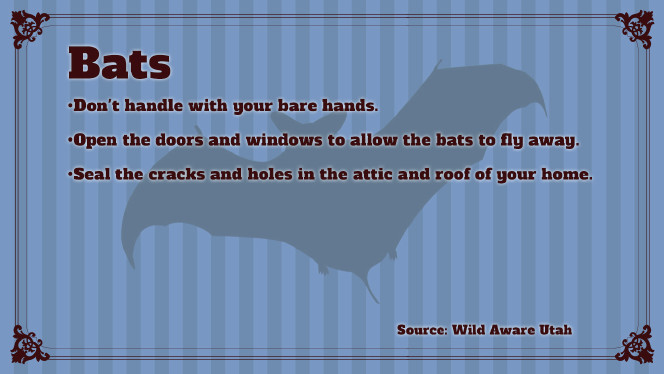 Mountain lions are active year-round and have extremely large territories, according to a Uinta-Wasatch-Cache National Forest news release. They sometimes roam more than 20 miles a day in search of food and have been known to enter residential areas.

Follow these guidelines to decrease encounters with mountain lions and to stay safe if you do encounter one: 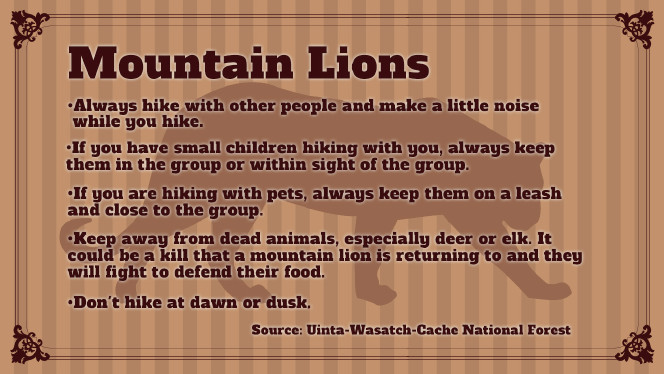 Moose are the largest member of the deer species in Utah and can run up to 35 mph, according to Wild Aware Utah. They can be found in the mountains of the northern and northeastern parts of the state. Along with elk and mule deer, moose can become aggressive.

Here's what to do if you encounter any of Utah's three deer species: 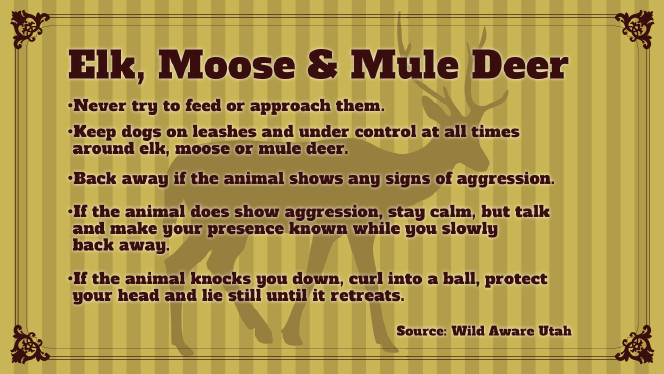