Utah inventions: Brothers with over 100 patents

Editor's Note: This article is part of the Utah Inventions series, which features a different inventor or invention with Utah ties each Wednesday. Today's story about the Hinton brothers is written by their sister, Anne Hinton Pratt. Tips for future articles can be sent to ncrofts@ksl.com. LEHI — Growing up with brothers who became scientific geniuses was quite an education. I had six brothers; three of them were very gifted in the sciences.

My mother designed our home and part of her plans included a special room, about the size of a bathroom, that she called the "laboratory." She filled that room with chemistry sets, microscopes and everything that a young mind might need to perform experiments. It paid off.

Gaylen Hinton, who was my older brother, was perhaps the most outgoing scientifically as a child. When he was 12 or 13, he bought a small rocket in which he placed a live mouse and sent up several thousand feet into "space." On its "re-entry," the parachute opened and my brothers cheered and then retrieved the rocket. The mouse survived for several "space" launches and only met its demise when it was accidently dropped on the stairs one day. That didn't stop Gaylen — he just got a new mouse.

I remember that around age 12 or so, he would make simple gunpowder in the lab. He fashioned a small cannon out of a piece of cast iron pipe, and used toilet paper as the wadding. He would take it outside and light it. It made a very loud "kaboom!" We all rejoiced at each reverberation, although most of the neighbors didn't share our enthusiasm. Glenn was a few years younger than Gaylen, but he also learned this technique and kept the tradition going for years.

Glenn Hinton was someone that I could always count on to clarify things. I remember him telling me as a youth that he didn't care so much about how things worked as to why they worked. He had a curiosity about everything, plus the gift to make the difficult more understandable.

One day when we were in our early teens, I asked him to explain black holes. He said, "Oh, that's easy. If you take all the mass from the sun, and condense it down to about the size of a basketball, (and it will still weigh the same as it did before,) then that would be like the density of a black hole." I got it!

Gaylen Hinton's work as an adult 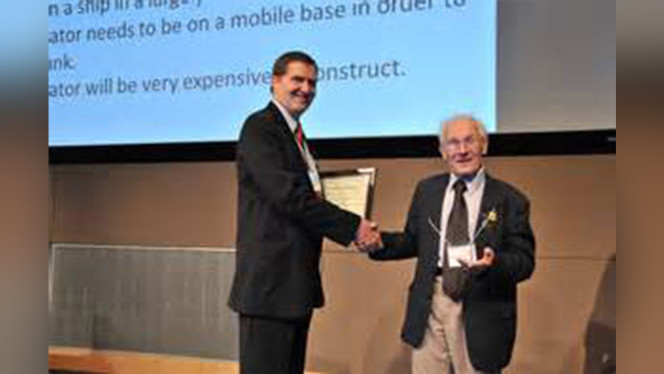 Both brothers went on to college to begin their careers. Gaylen graduated in 1977 from University of Utah with a bachelor's degree in physics, but he worked for most of his career as an engineer and inventor.

Gaylen was a renaissance man, with many diverse ideas and inventions. He created a new design for windmills used in Puerto Rico; designed very small analog satellite dishes before anyone else, and produced an automated robotic system for the handling of apples where no human was required, to name a few.

Gaylen's forte was research and development management of complex multidisciplinary engineering projects. One of those endeavors made it on to the world stage. It was a labeling project that has revolutionized the industry — a new and more efficient way to apply labels to containers. You have most likely used containers with this technology, with no idea that it came from a boy from Utah.

One of the most interesting patents that Gaylen worked on late in his career looked like something from a sci-fi movie. He was working on a new design for space elevators. His original design was so well received by the scientific community that he received an award in the 2010 Artsutanov prize competition.

Gaylen Hinton had 16 U.S. patents to his name. He worked on many new and exciting ideas until his untimely death from cancer in 2011, at the age of 58.

Glenn Hinton's work as an adult 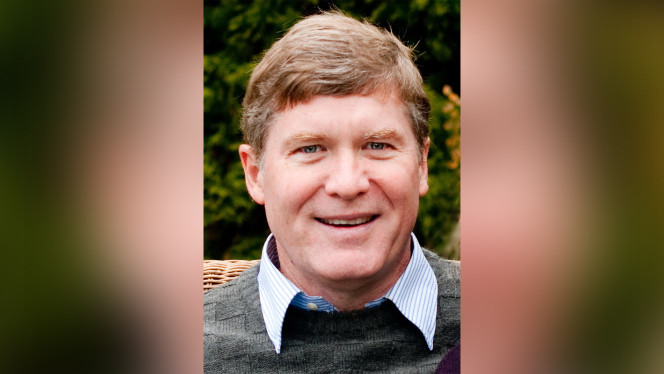 Glenn Hinton went in a different direction. He received both his bachelors of science and masters degrees in electrical engineering from Brigham Young University.

He joined Intel Corporation in 1983 and became one of the two lead micro-architects of the world's first super-scalar microprocessor in 1986. In 1990, he was one of three lead architects for the P6 processor design, which became the Intel Pentium series (Pentium Pro, Pentium II, and Pentium III processors).

If you have a computer, chances are that you have an Intel processor that Glenn designed. These chips that he produced are some of the most standard in computers around the globe. He has needed to get more than 100 U.S. patents in his name in order to complete these projects.

Utah inventions: Skating smoothly with Zamboni
Ice skating was born in Scandinavia around 1000 BCE, but the man who made it smoother was born in 1901 in Eureka, Utah. His name is Frank J. Zamboni.

"Invention does not come by itself for its own sake... it is the result of trying to solve specific real problems in the world, and key aspects often come as sparks of inspiration," Glenn said. "It takes effort and a belief that it can be solved, (despite all odds sometimes) and an ability to imagine the end before the end is even known."

He felt it was important to get his mind around the problems in a space with no distractions.

"It often takes many tries before reaching the final solution," he said. "Invention often comes at unexpected times, often while not actually 'at work.' Several of the most innovative things I came up with happened while thinking on a 3-mile run, a very long shower, or while awake in bed from 2 a.m. to 5 a.m. in the morning."

In 2011, Glenn became an Intel Senior Fellow, the highest technical position at Intel, which pronounced him the "cream of the computing crop."

Gaylen and Glenn Hinton have always been amazing brothers to me, but their remarkable minds and inventions are gifts to the entire world.

Anne Hinton Pratt is a writer, seeker of truth and composer. Contact her at anne@annehintonpratt.com.