The Red Fleet Reservoir dam was finished in 1980 and the area was established as a state park in 1988, according to Red Fleet State Park manager Mike Murray. The park was named "Red Fleet" because of a red rock formation that looks like three ships, Murray said.

Located about 12 miles north of Vernal on Highway 191, Red Fleet State Park draws numerous boaters and anglers to its warm-water reservoir. The reservoir is 750 surface acres and is stocked annually by the Division of Wildlife Resources. The reservoir is currently about 80 percent full and has large mouth bass, walleye, bluegill and rainbow and brown trout, Murray said.

Motorized boats are allowed on the reservoir for fishing or watersports and a boat ramp and courtesy dock are available for launching. The park also has a fish cleaning station for anglers, Murray said.

Similar to Lake Powell, the reservoir has a red rock canyon about mile long with 200-foot walls that small watercraft can access. The park has kayaks, canoes and paddle boards available for rent.

A two-day "paddlefest" is held at the park each year during the third week of June, Murray said. The event allows people to build their own boat that they race on the reservoir. Prizes are often awarded for the best boats. The event also includes live music and other activities. 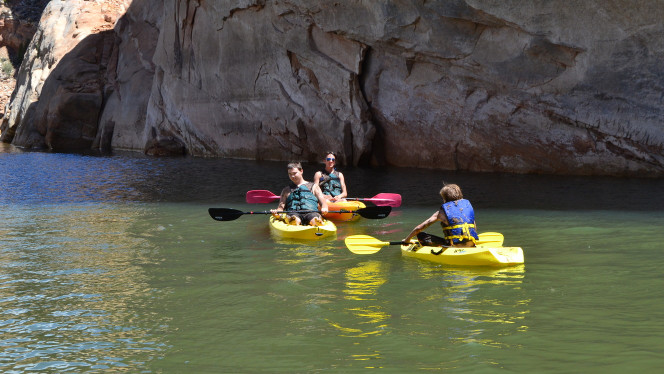 The park is also well-known for its large dinosaur trackway. The tracks are believed to be more than 200 million years old and belonged to three-toed dinosaurs that walked on two legs, according to the park website. The tracks range from 3 to 17 inches in size.

"It has over 200 dinosaur tracks," Murray said. "A trackway is three or more of the same dinosaur prints in a row."

The tracks were preserved in Nugget sandstone and can be reached by hiking a 1.5-mile trail around the lake. The Red Fleet Dinosaur Trackway Trail takes hikers from the campground area to the northeast side of the reservoir where the trackway is located across from the boat ramp, Murray said. However, if people don't want to do the 3-mile roundtrip hike, they can boat or canoe across the reservoir to reach the tracks.

"The best viewing times of the tracks are early morning or late afternoon," the website said. "The tracks are somewhat difficult to see when the sun is directly overhead." 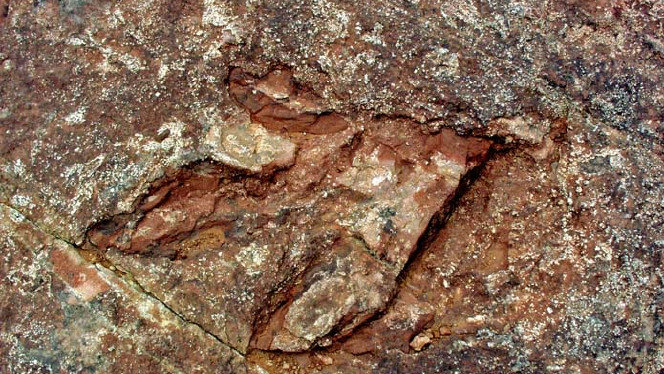 Red Fleet State Park has one campground with 38 campsites, five of which include full hookups for RVs and trailers. Each campsite has a table, firepit and shelter. There is also a large grassy area in the campground for tents.

The park also has two teepees available by reservation. The teepees are $30 per night and the full hookup campsites are $25 per night.