SALT LAKE CITY — Marvelle Whatcott was in charge of getting the mail every day and some days, she checked the mailbox multiple times to see if it had arrived.

"It was her thing. It was something that made her feel important," said Kevin Whatcott, Marvelle's son and caregiver up until the day she died at age 80 in 2009. He said that his mother, who had been diagnosed with Alzheimer's disease, was always looking for something to do, for a reason to belong.

"She would just sit on the couch in the dark if we let her," he said. "But it wouldn't make her happy."

The diagnosis was tricky for family members at first, even emotionally and physically taxing at times. But Whatcott said that after learning the proper way to respond to their mother's sometimes repetitive requests, the extended family became more devoted.

"Once everybody got it, it drew us closer," he said.

After seeing a need for better caregiving resources in the state, Whatcott, a former attorney, started Homewatch CareGivers of Utah. He said he's learned a lot over the years, going into people's homes to help those in need.

The idea of personal care, "of being there when no one else can be, when the family or a spouse can't deal with it anymore," he said, has helped people stay in their own homes longer, often avoiding the expenses of nursing home care. 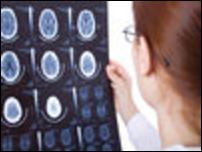 Researchers have discovered that a drug used to treat cancer may have benefits for sufferers of Alzheimer's disease.

While the reasons behind the costs of health care are complicated, much of what is being spent on Alzheimer's is going toward hospitalizations and institutional care, according to the Alzheimer's Association.

As the population continues to age, live longer and stay living in the state of Utah, the number of those facing the life-changing effects of the disease will increase dramatically, Dr. Norman Foster, director of the Center for Alzheimer's Care, Imaging and Research and a professor of neurology at the University of Utah said Thursday.

He and others spoke publicly during a special forum on Alzheimer's at the Hinckley Institute of Politics.

"It affects not just patients, it's not just a medical problem, but it also involves families and has an impact on neighbors, on children, as well as spouses and other family members," he said. While an Alzheimer's diagnosis carries an intense psychological burden for families of patients, Foster said it also has a huge financial impact on families.

Nationally, expenses are reaching $200 billion annually, with $140 billion of that coming from taxpayer-funded Medicare and Medicaid.

It is estimated that families in the Beehive State provide almost 80 percent of the care for the more than 32,000 Utahns living with the disease. The approximate 132,000 caregivers provide more than 150 million hours of care at home, care that is worth $1.8 billion annually. But such contributions are also crippling families and straining finances.

Because of the projected rise in people being diagnosed, the Alzheimer's Association and health care advocates nationwide are pushing for state-initiated plans to address the expected tsunami and its accompanying costs.

Utah is one of 38 states and the District of Columbia that has published or is in the process of writing a state plan. The Utah plan for Alzheimer's and related dementia diseases was adopted into statute earlier this year, following years of legislative moves to prepare for it, said Sen. Karen Morgan, D-Salt Lake City, who sponsored the original bill.

Morgan said the political and economic climate in Utah made it difficult to get lawmakers to take steps to get the plan started, but she said the public can help by increasing awareness about the disease and eliminating any stigma associated with Alzheimer's.

"Alzheimer's is a four-letter word to most people," said Bill Bruno of Holladay, who recently lost his 83-year-old father to complications of the disease. He said the family estimates their father battled the disease for more than a decade.

After moving in with his father to care for him, Bruno said, "that life quickly became the new reality. It was down to the basic level of caring for someone from morning to night."

"No one really knows what it is like until you spend 24-7 with them," he said.

Caregiving became a team effort for family members, as no one person could bear the burden completely, Bruno said. He also drew on the support of a group of caregivers in similar situations, whom he ultimately befriended and still considers extended family.

"Don't shy away from information," he advises other individuals who are caring for a loved one. "As painful as it is, and there's a natural tendency to avoid things that are painful, the more information you can learn about the disease, about caring for people who have it, about everything involved, the better off you'll be."

All of a sudden, I'm the chauffeur, I'm the cook. You're doing more and more of the things that two people used to.

And Utah's plan for Alzheimer's disease aims to increase the amount of information available to caregivers and to the general population. The first goal of the plan is to create a "dementia-aware Utah."

"This is the beginning of the game," said Alzheimer's Association Utah chapter spokesman Nick Zullo. "In the years ahead, we'll be able to see the progress." He said steps in the plan need not cost anything but rely on partnerships formed in the public and private sectors, and a collaboration between agencies that serve the aging population and government.

He said the biggest misconception regarding Alzheimer's is that it results from aging. While age is a risk factor for dementia-related illnesses and Alzheimer's, it is not the underlying cause.

"This is a disease course, it is not normal aging," Zullo said. "If that was the case, everyone 65 and older would have Alzheimer's."

Alzheimer's, he said, doesn't just affect the elderly. Historically, the first diagnosis was for a 43-year-old who later died at 55.

Foster said that new and more specific tools are helping to uncover the diagnosis more often and in more people. An increased desire for proper management is driving the medical field to deal with Alzheimer's in better ways, he said.

That hope is what keeps Bill Miller going.

The 67-year-old retired academic dean spends every minute of every day "running interference" for his wife, Beverly Miller, 66, who was diagnosed with Alzheimer's disease nearly three years ago. The duo serves as ambassadors for Alzheimer's, meeting with officials across the state, to "hopefully make a difference" in how people see the illness.

"All of a sudden, I'm the chauffeur, I'm the cook. You're doing more and more of the things that two people used to," he said. "You're also looking down the line about how this is going to impact how you're living, where you're living, the kind of things you'll be doing."

While his wife is in the early-to-moderate stages of the disease, he said, he knows "there's going to be a time in the near future where we're not going to be able to do things in the same way."

"Most of the days, things seem like they always have been, even though they're not," he said. "Seeing the diminished capacities of a person who had all these skills and abilities and did all kinds of things, it really saddens you. The person is still there, but their abilities to do certain things and the frustration of not being able to do those things, is not easy to watch."

Miller said caring for an Alzheimer's patient is different than caring for someone who is aging, and lawmakers in Utah don't seem to understand how it could impact them. He said the country is facing a series of health care crises in the future, that "are going to demand a certain level of response, understanding and realization from government and elected officials."

He's not quite ready to think about what may happen years from now, but until then, he said, he'll continue to help his wife enjoy life the best she can.

"She has lost the ability to do things she's always done and there's nothing we can do about it," Miller said. "While this is the same person, it's not quite the same person. It's a sadness we both feel."