The web made us smarter. Is Facebook making us dumber?

SALT LAKE CITY -- Like AOL before it, Facebook is the latest in a long line of mainstream technologies to introduce a lot of new users to the power, utility, and network effect of the Internet.

At the same time, the popular hangout has negatively impacted the number of public comments taking place online. Case in point: The number of people making online remarks has dwindled from a record 15 percent five years ago to an estimated 7 percent last year, according to market research by Nielson.

The reason: “Conversations around stories are moving off the news page and onto social networks,” says Steve Rubel, a longtime observer of social media since 2004. “With time spent on social networks like Facebook skyrocketing, it leaves little left to engage at the source of the news.”

Is that a problem?

“It's a conversation that's not necessarily visible to all potential participants in the same way,” he says of Facebook comments. In other words, what used to be found on a single-threaded and public web page often resides behind closed doors and across multiple profile pages now.

In addition to keeping unwanted people and ideas out, Facebook also incorporates algorithmic censorship by “turning off notifications after a certain number of back-and-forths, essentially muting the conversation,” Pariser explains.

In effect, even if you wanted to continue to participate in a Facebook conversation, you might not know when someone has added something new to the conversation without manually checking for it.

The same goes for Twitter. Although open to anyone, Twitter comments are scattered all over the place. Power users, of course, are familiar with hash tag filtering, which allows for centralized discussions of a single topic. But not everyone uses the same hash tags, if at all. And using tagging is a lot more difficult than scanning a single web page.

Okay, so there are fewer online comments, many of which are annoying in the first place. Big deal, right?

We are increasingly becoming more polarizing. People now may only follow sources that reaffirm their worldview and ignore the rest.

Not exactly. The lack of online dissent seemingly exposes us to fewer ideas. “We are increasingly becoming more polarizing,” says Rubel. “People now may only follow sources that reaffirm their worldview and ignore the rest.”

Elisabeth Noelle-Neumann explained the phenomenon in her Spiral of Silence theory, which states that a person is less likely to voice an opinion if he or she feels in the minority or fears rejection by those in their social circle.

What’s more, “the conversation tends to be more brief” in the social media era, says Rubel. In other words, Facebook commenters have been accused of many things, but being too deep isn’t one of them.

Which brings us where we are today: Fewer public comments, fragmented or lost discussion, and more chatter among like-minded individuals. When it comes to new ideas, “we aren’t necessarily seeking them out,” Rubel adds. 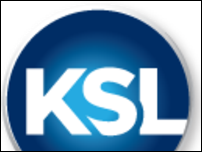 See what others in the ksl.com community are saying on Facebook.

Not everyone views the decline of public comments as a bad thing, however.

“Using non-anonymous commenting systems is allowing bloggers to better manage their communities and avoid offensive comments or comment spam,” says Jen McLean of Technorati, referring to both the Facebook and Twitter practice of allowing outside comments to reside in a single thread. “The quantity of comments is far lower, but the overall tone of the comments is much more expert and constructive.”

Still, it’s hard not to think the web may have lost some of its potency in a post Facebook world. Especially as many users are seeking out the news, ideas, and opinions they want as opposed to the ones they need.

About the author: Since quitting Facebook in 2010, Blake Snow has covered the website and other hard- to-put-down technologies like his iPhone with skepticism. He lives alongside the mountains of Utah with his family and can be reached at blakesnow.com