How will the health care reform package impact you?

SALT LAKE CITY -- Even after a year of sometimes ferocious debate, many Americans remain foggy about what the health care legislation will actually do.

It will take years to fully kick in. But for some, it means profound changes.

We decided to step back from the political warfare, from the arguments about whether it's good or bad. Instead, we set out to just explain a bill that runs 2,700 pages long with the help of two articulate, well-informed people on opposite sides. 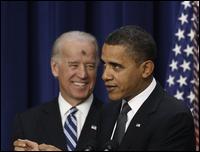 The first changes under the new health care law will be easy to see and not long in coming. Health care overhaul will bring real change, but it's going to happen slowly.

A popular feature of the bill is that insurance companies will be forbidden to refuse insurance for people with pre-existing medical conditions. The bill also will extend health insurance to about 32 million people who don't have it.

Former Health and Human Services Secretary Mike Leavitt explains who they are.

"Either they can't afford it or they are sick and therefore can't get insurance, or they just haven't bought it," he said.

But who will pay for their insurance? We all will pay, according to James Wood, director of the University of Utah Bureau of Economic and Business Research.

"They're going to get some tax credits," Wood said. "I'm going to have to pay a little bit more in taxes and get a little bit less coverage."

A provision that's caused enormous controversy is that health insurance will become mandatory for most people, with fines for those who refuse.

"The problem that tries to solve is that if only sick people buy insurance, then the cost is exorbitant," Leavitt said.

Utah Attorney General Mark Shurtleff says he'll join at least a dozen other states in a lawsuit against the health care reform package passed by the U.S. House on Sunday.

"If you end up with a pool of just high-risk, high-cost individuals, premiums are going to go through the roof," Wood said. "So you've got to get everybody in."

"I think there are other ways to solve that problem," Leavitt said.

There are sweeteners in the deal:

The additional costs require money from somewhere. There will be increased Medicare payroll taxes for wealthy individuals, new fees for insurance companies and new taxes on high-end insurance policies.

"It will make it far more expensive, and I think we'll see the law begin to create a bunch of unintended consequences," he said.

Wood says the extra cost is worth it: "We're going to insure 32 million with an addition of 3 or 4 percent in our total costs of health care in 2015."

Utah Health Policy Project executive director Judi Hilman says the measure will mean the vast majority of the state's 300,000 uninsured will be insured by 2014.

"If they get sick or have an accident, that coverage will be there for them when they need it most," Hilman told KSL Newsradio Monday. "I think that's going to give a lot of families peace of mind."

Among the reforms Hilman likes best - children within the first year of the legislation cannot be declined coverage or billed more because of pre-existing conditions. She also says the bill offers more options and transparency, while controlling costs.

"We're really excited and I think this is long overdue," Hilman said.

Recently, representatives and senators have said the reforms will cause doctors to accept fewer new patients and they will cost businesses more. Hilman says those are misconceptions.

"The fact of the matter is [the businesses] will not be mandated to do anything - ever," Hilman said. "What they will have, though, are incentives and tools - like tax credits - to make it easier for them to cover their employees."

Hillman calls the legislation a "starting point," saying the bill could have included stronger cost containment and better efforts to curb fraud in Medicaid.

To help you understand it better, we're making available on our website the entire interviews with James Wood and Mike Leavitt. Both have a lot more to say.

Compiled with contributions from John Hollenhorst and Andrew Adams.