STOCKTON -- A traffic stop involving a young officer and the son of a small-town mayor has the whole town talking. The mayor of Stockton tried to fire the officer for issuing his son a ticket.

Cpl. Joshua Rowell told KSL News he was just doing his job. He said he acted professionally when he wrote the driver a ticket and was shocked when he was suddenly asked to hand over his badge.

Rowell is a new member of the five-man Stockton police force. So, last Tuesday he didn't think twice about pulling over a driver in a small white car for avoiding a DUI stop. 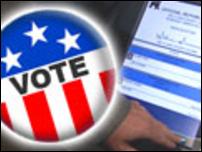 Some already calling for revote in small town

When Mayor Dan Rydalch suspended an officer who gave his son a ticket, it set of lot of Stockton residents off. Some town council members say he needs to retire.

"He didn't have a driver's license, so I issued him a citation for that," Rowell explained.

He didn't think twice, that is, until he handed the ticket to the court clerk.

He said he had never met the driver, 29-year-old Jared Rydalch, before. He said Rydalch told him he was out looking for his dog, and asked him to tell the other officers to not pull him over again.

"I told him, ‘No. If I see you driving around again, I'm going to pull you over again,'" Rowell said.

Rowell said he knew there was trouble when, about 20 minutes later, he found the chief of police in the mayor's truck in a heated discussion. Then he said the mayor, Dan Rydalch, rolled down the window and demanded he get in his truck. When he refused, Rydalch abruptly fired him on the spot.

"He told me, ‘All right, I want your badge in the morning,'" Rowell said. "I tried to defend myself and say, ‘First of all, look, he was breaking the law. Second of all, I didn't know he was your son.'"

Shortly after the incident, Rowell was told he was suspended without pay, indefinitely.

According to Durtschi, not only was Mayor Rydalch out of line, the council stands behind Cpl. Rowell. In fact, the town is so upset about the mayor's actions, many of the citizens are trying to change their write-in ballots for the upcoming election.

"I think the mayor did make a mistake," one Stockton resident told KSL News.

As for Rowell, he just wants the job he loves back.

"There's no more respectable position than a police officer, in my mind," Rowell said.

We tried repeatedly to get in touch with the mayor.

Another Stockton city council member, Kendall Thomas, told KSL News the mayor is conducting the investigation into any wrongdoing in the incident and has not consulted any of the council members. A special council meeting is scheduled for Thursday night to discuss the incident.