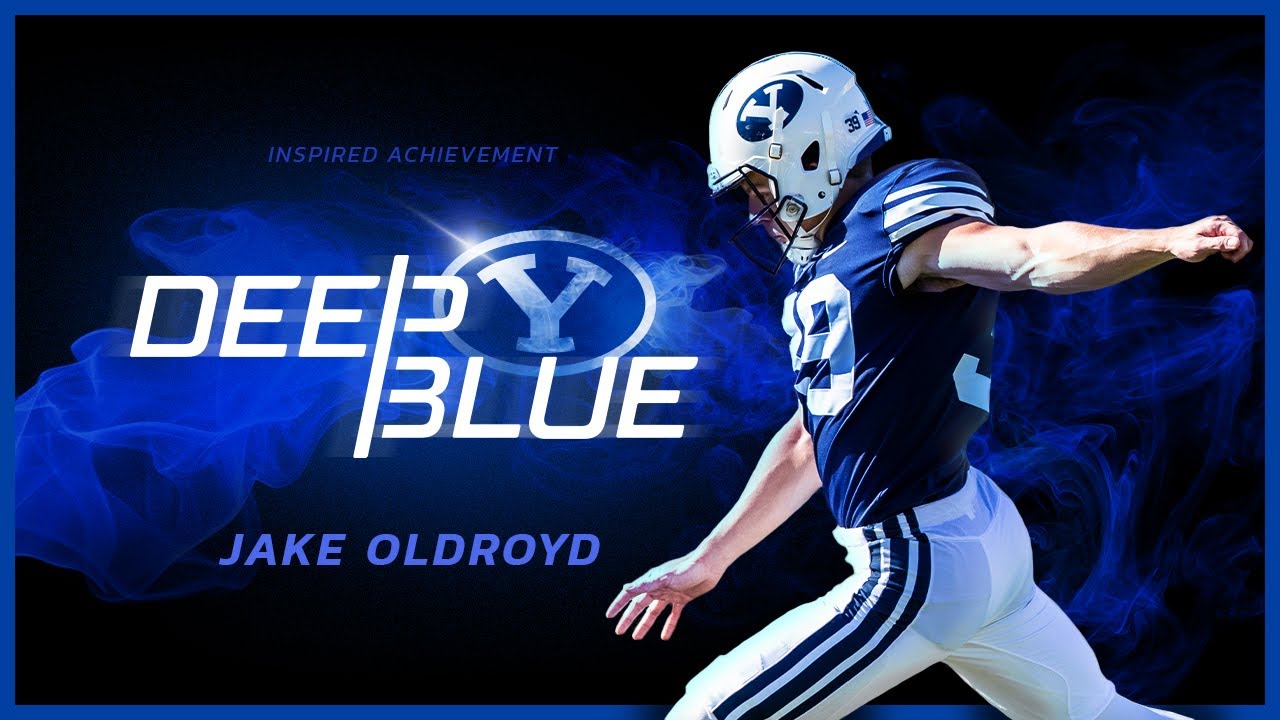 ALBUQUERQUE, N.M. — Jake Oldroyd's BYU career started with a flash of green cleats and a game-winner in the Arizona desert, and it ended just over 400 miles away in the New Mexico Bowl.

In between was a wild, raucous ride, but he wouldn't have it any other way.

Oldroyd became the Cougars' all-time scoring leader Saturday when he booted a 31-yard field goal with five minutes left in the first half before BYU held off SMU's late rally on a 2-point conversion stand at University Stadium.

"It's the culmination of a lot of things," Oldroyd told BYUtv after the win. "It feels like I've been kicking here for about 14 years now, and if I didn't come away with this one, it would've been a shame. It's awesome to have it come together on my final game, and in amazing fashion."

The irony of the career of the 6-foot-1, 195-pound kicker from Southlake, Texas, in the Dallas-Fort Worth metroplex was not lost on Oldroyd when he met with the media for his final pregame interview earlier in the week, either.

"I hope that I provided some exciting moments for fans," said Oldroyd, who has accepted a job in Utah in tech sales that will allow him to train for the NFL draft, just in case his football career continues. "I've been part of some amazing games that I hope were fun to watch and witness as a fan.

"I hope that more often than not I was able to provide some consistency in the kicking game. And when I didn't, I hoped I could be an inspiration to anyone who has gone through a challenge, on or off the field."

Oldroyd had one Division II offer when he left high school but started "bombarding every coach" at BYU, Utah and Utah State to see if either school needed a punter or kicker. A lifelong member of The Church of Jesus Christ of Latter-day Saints who served a two-year mission in Chile, Oldroyd always knew he wanted to go to college in Utah.

Former BYU special teams coordinator Ed Lamb was the first to respond and offered Oldroyd a spot on the roster if he could report for the 2016 season. The freshman was so new that year that he made the trip to the Cougars' season opener against Arizona in Glendale, Arizona, but the equipment crew didn't have any cleats for him.

That's how Oldroyd's legend began, when he wore his green shoes from high school, kicked a 33-yard game-winner with eight seconds remaining at University of Phoenix Stadium, and helped BYU to the first win in head coach Kalani Sitake's tenure.

"I'm just really proud of him," Sitake said of Oldroyd. "I'm reflecting on a lot of guys who I could say the same thing who have been with us for many years.

"It's going to be hard to say goodbye to all of them; a lot of guys put a lot of blood, sweat and tears on that field and meant a lot to the program."

With BYU moving to the Big 12 in 2023, it seemed fitting for Oldroyd to close out the chapter after he walked with his fellow seniors on senior day against Utah Tech, as well.

The reliable kicker came home from a mission in time for the 2019 season, when he was a Ray Guy and Lou Groza award watchlist candidate and played in all 13 games. His leg was steady, until the 2022 season, when he missed a pair of field goals against Baylor and Oregon, was replaced by walk-on Justen Smith, and eventually regained his starting spot with three-straight makes to end the regular season.

Through struggles and travails, Oldroyd always seemed to bounce back.

"That's the most important thing to me," he said. "You're not going to make every kick, you're going to miss some important kicks. When you get in a little bit of a rut like that, the biggest thing is how you respond.

"I feel like I put together a solid string through the end of the year, and that's all I can ask for."