Who will step up for BYU basketball with Spencer Johnson sidelined by knee injury?

BYU Cougars forward Noah Waterman (0) and teammates come off the court after their win over the Westminster Griffins at Vivint Arena in Salt Lake City on Tuesday, Nov. 29, 2022. (Spenser Heaps, Deseret News) 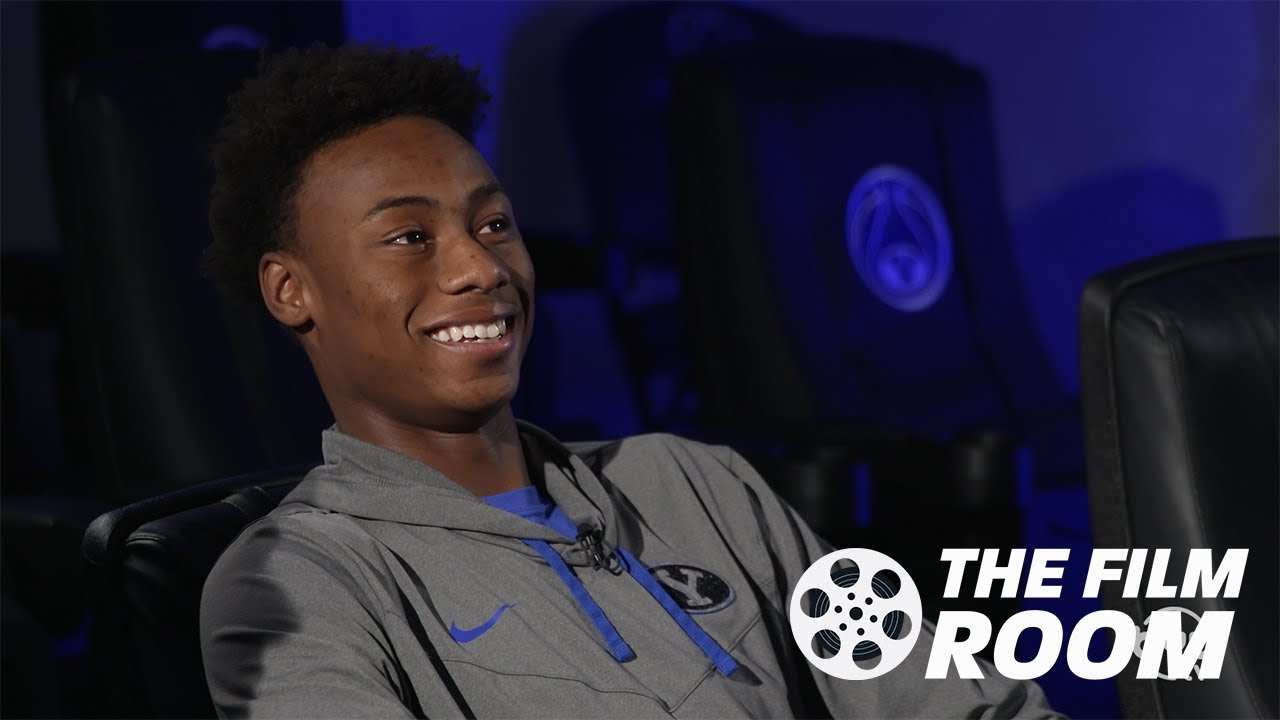 The Film Room with Jaxson Robinson

SALT LAKE CITY — Mark Pope had a humbling look on his face as he arrived with his BYU basketball team at Vivint Arena a few hours before tipping off against Division II Westminster on Tuesday evening.

Maybe the fourth-year head coach was simply trying to get everything ready in an unfamiliar arena for his club, or perhaps he had bad news four days after wrapping up the Battle 4 Atlantis with a 1-2 record in the multi-team exemption for a 4-3 start to the season.

A few moments later, bad news came out of his locker room: Spencer Johnson, the Cougars' most experienced player, was going to miss a second consecutive game with a knee injury.

You could feel the gut punch.

Noah Waterman filled in admirably for the American Fork product, scoring 13 points on 5-of-6 shooting, with three 3-pointers and an assist and just two turnovers in a 100-70 win over the Griffins.

But he could feel the questions coming as soon as his 11.0 points, 4.0 rebounds per game wing was set to miss additional time: just how much would it be?

"He's convinced he's coming back Saturday," Pope quipped to a handful of local media after the contest, half-joking but not entire in jest. "The doctors are telling us it might be longer than that.

"We've just got him on a day-by-day thing, and we'll kind of feel him out. Hopefully he's not gone any more games, but for all the games he's gone, we've got to find some other answers. He was the better of our team defensively, and he was our leading scorer. We're going to have to have a bunch of guys step up."

Johnson played 61 games at BYU since the one-time Weber State commitment followed Pope from Utah Valley, with a stop at Salt Lake Community College, but didn't start until the first six games of the 2022-23 season.

He's made himself invaluable, though, in that short time in the starting lineup, a steadying hand 49% from the field and 66.7% from the free-throw line, trailing only senior Gideon George's team-high 12.7 points in 29.3 minutes per contest.

But ever since a knee injury suffered during the Cougars' trip to Paradise Island in The Bahamas, Pope has had to find another way.

He's done that with Waterman, the 6-foot-11 Detroit Mercy transfer who missed his only shot attempt in nine minutes of the Cougars' comeback win over Dayton to wrap up Atlantis. But Johnson's lack of minutes also opened up new opportunities for Jaxson Robinson, the Arkansas transfer who has scored in double digits in three of his last four games, including 15 points on a career-best five 3-pointers with five assists against the Griffins.

Something clicked for Robinson after scoring 6 points on 2-of-9 shooting in an 87-73 win over Nicholls State on Nov. 19. The sophomore from Ada, Oklahoma spent nearly an hour on the Marriott Center court after that game with point guard Rudi Williams and a couple of BYU graduate assistants, taking the rock and dropping from 3-point range at different spots on the court.

"I think that's where it starts: it's just his mentality," Waterman said of Robinson. "Sometimes in games before, he got down on himself a little bit. I sat down with him before and told him, 'you're a shooter; you can't let those misses affect your next shot.' I think that's what he was doing at the beginning of the season.

"Now his confidence is sky-high. As you can see, he's performing great, in the Bahamas, here (at Vivint Arena). It's fun to watch."

Of course, if you ask Robinson, not much has changed. Same ole, same ole.

"I don't think it's anything different; we were just more focused coming into this game, making sure we played all 40 minutes," Robinson told BYUtv. "I think we did that (against Westminster).

"I feel like every game, I'm getting more and more comfortable out there. It just takes more reps and time, and coach Pope is putting me in the right positions."

Additional minutes could also be found from Dallin Hall, though he's played a pure point guard role in the realm of starter Rudi Williams, and Richie Saunders, who has burst on the scene as a three-and-D freshman. But the Cougars (5-3) got a big boost Tuesday night from Tanner Toolson, the son of former BYU star Andy Toolson who had 10 points and three rebounds on 3-of-7 shooting in 19 minutes of his regular-season debut.

Pope's been looking for a chance to "give more minutes" to the younger Toolson. With Johnson's injury, he has just that.

"Tanner and Andy talked about it a lot the last few days, and I talked to Tanner a lot about it, too," Pope said. "There's no way to know how things are going to work out, but he feels ready to take a swing at this and I certainly have a lot of confidence in him.

"I have a good sense of what he can become, and he can become a special player. He's going to run with it; let's roll."

BYU returns to Vivint Arena this weekend to host South Dakota. Saturday's matinee will tip off at 1:30 p.m. MST on BYUtv.