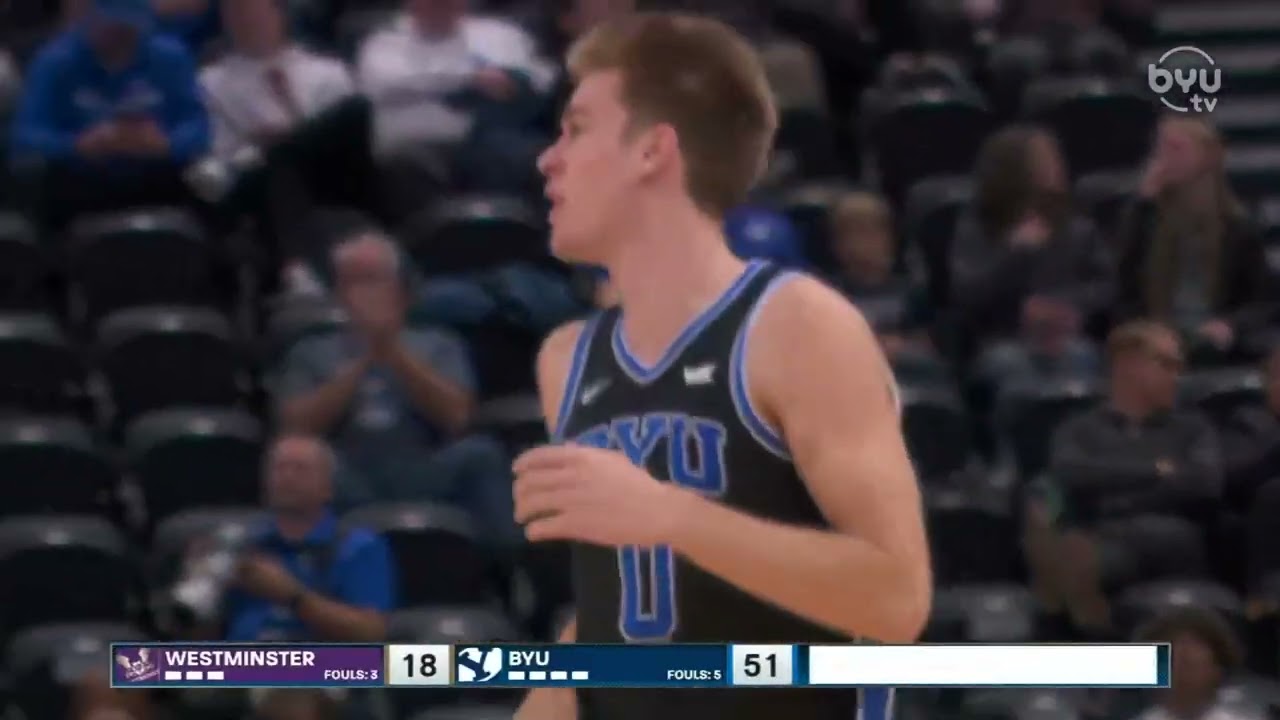 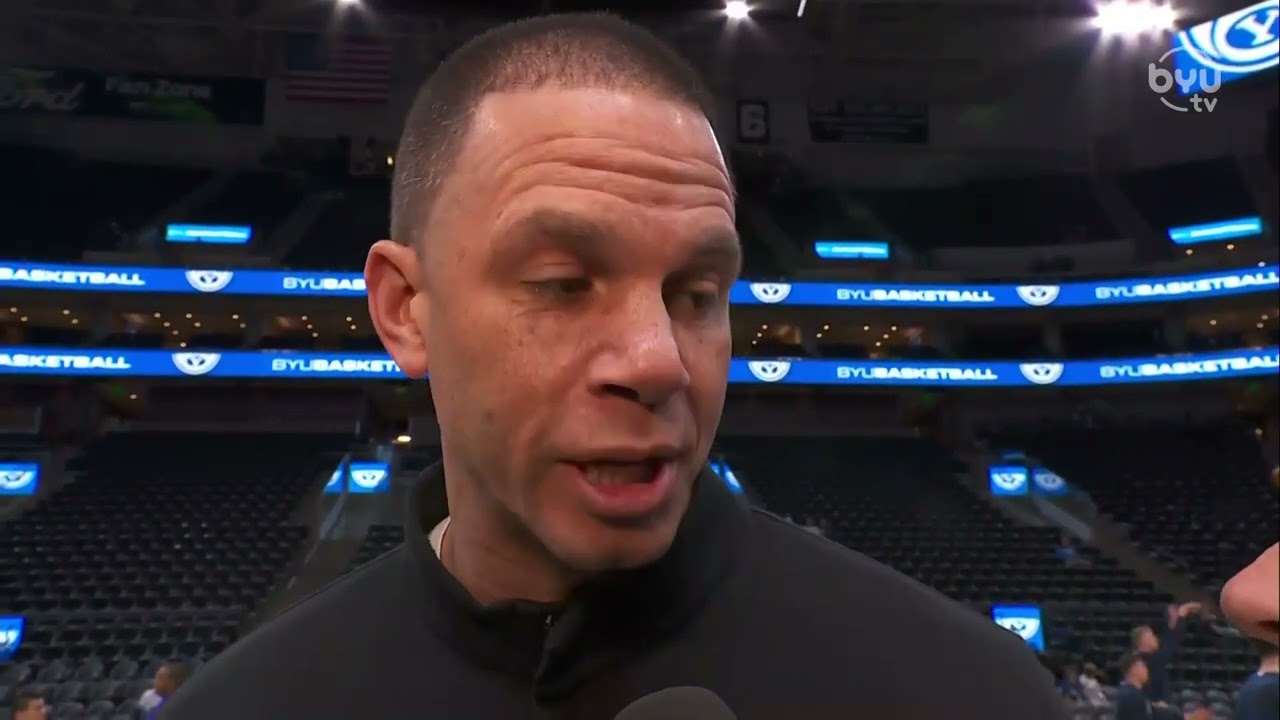 SALT LAKE CITY — Shaking off the rust after playing three games in three days over the Thanksgiving holiday, BYU wasn't supposed to be challenged by Division II Westminster.

Jaxson Robinson and Gideon George each scored 15 points to lead five players in double figures, and BYU drained a school-record 19 3-pointers to cruise past the Griffins 100-70 Tuesday night at Vivint Arena.

Rudi Williams had 14 points and four assists, Noah Waterman scored 13, and freshman Tanner Toolson added 10 points and three rebounds in his regular-season debut for the Cougars (5-3).

"The rim was feeling pretty big, for me and Jax; he shot really good on the court," said Waterman, who hit 5-of-6 from the field with three 3-pointers in 19 minutes. "I'm going to blame it on the NBA arena. I think the rims were a little different; we got all the rolls here. It was great."

BYU finished the night shooting 35-of-64 from the field, a season-high 54.7% clip that included 19 makes on 37 attempts from beyond the arc. Waterman, Robinson, Williams and George — all starters, along with Fousseyni Traore (4 points, eight rebounds, three assists) — combined to shoot 20-of-31 from the field, including 12-of-19 from deep before making way for a bevy of younger players, including Toolson and fellow recently returned missionary freshmen Dallin Hall and Richie Saunders.

Hall finished with 9 points, three assists and a steal with no turnovers in 17 minutes; and Saunders added 9 points, four rebounds, an assist and a steal for the Cougars.

Playing its second consecutive game without starting wing Spencer Johnson (knee), the Cougars opened with a 13-2 run that included seven consecutive makes and a pair of 3-pointers from Waterman to jump out to an 18-4 start.

The Cougars shot 71% from the field in the first half, including a season-high 13 3-pointers to take a commanding 63-26 lead on the winless Griffins, who were playing their second exhibition game of the year against a Division I opponent after losing at Utah 93-58.

Waterman had 13 points on 5-of-6 shooting with three triples in just 13 minutes, and Robinson added 15 points and four assists on a career-high five 3s to lead the way in the first half.

Williams did his damage in an equally limited eight minutes that included hockey-style line changes with the reserves, including freshmen like Hall, Saunders and Toolson.

The Cougars posted a season-high 22 assists to go with a season-low 10 turnovers, though committed six turnovers in the first half before tightening up.

"Westminster was committed to going under every ball screen, and they kind of made us make shots," said BYU coach Mark Pope, who won his 150th game in his 235th contest. "I think the volume of 3s was just a shot open every time.

"Our guys did a good job of earning each other good shots; they were all catch-and-shoot shots, with the exception of a couple behind ball screens and we stopped to gather ourselves. I think they were high-quality shots the guys earned for themselves."

Just four days after overturning a 23-point deficit to beat Dayton in overtime in the final game at the Battle 4 Atlantis, BYU was never threatened against the in-state Division II team with an 0-5 record.

On the same court where his father, former BYU star Andy Toolson, played on two separate occasions with the Jazz before a lengthy career in Europe that included the 1997 Spanish Cup title with Joventut Badalona, Tanner Toolson made good work of his first minutes of the season Tuesday night.

The freshman was the last of the "returned missionary three" to come off the bench, but finished with 10 points on 3-of-7 shooting, including three 3-pointers and the free throw that sent BYU fans into a loud cheer for hitting 100 points for the first time this season.

The 6-foot-5 guard who grew up in Vancouver, Washington, also had three rebounds and two fouls, but shot just 1-of-5 from the free-throw line.

"Tanner's going to be a really good player," Pope said. "I was impressed with his effort and his focus on the defensive end; that was the most important part for me.

"He's going to make shots, and he's a pure shotmaker. But I thought that defensively, he was really dialed in. It's hard for freshmen; there's so much, especially for returned missionaries who haven't played in a real game in almost three years. I was really pleased with him and his mental approach to the game."

BYU returns to Vivint Arena this weekend to host South Dakota. Saturday's matinee will tip off at 1:30 p.m. MST on BYUtv.