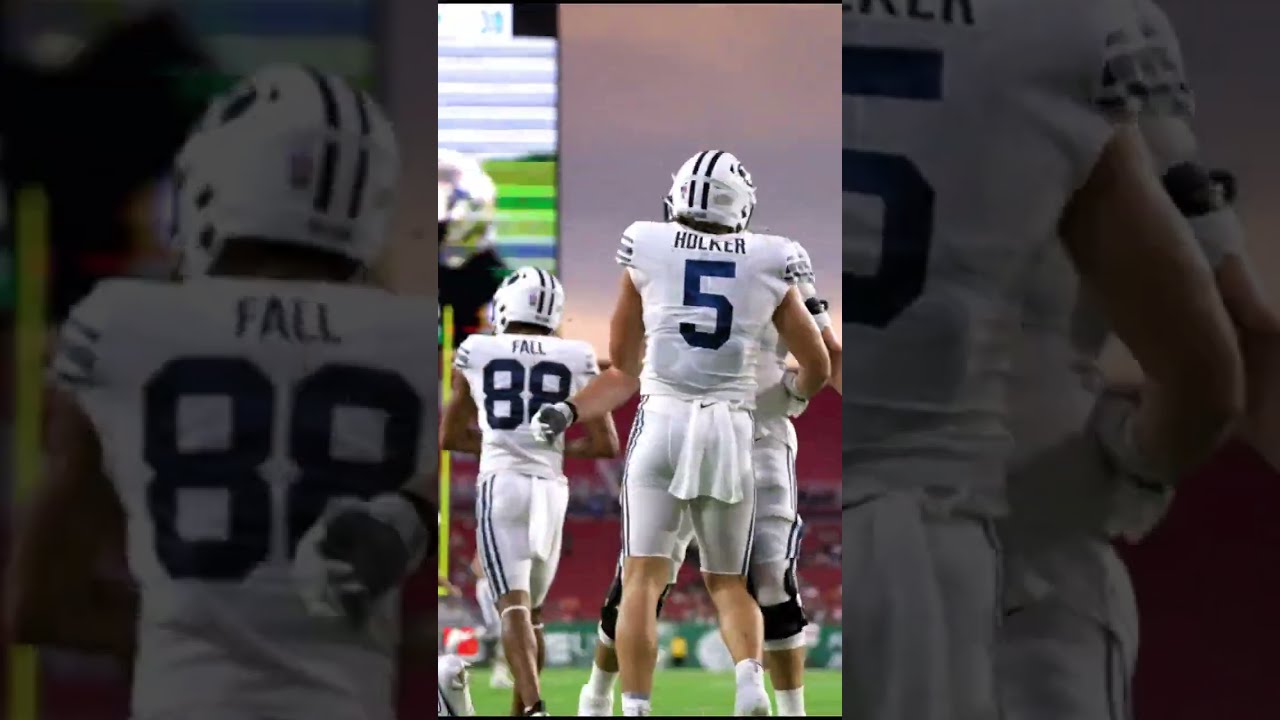 PROVO — Dallin Holker's time at BYU has come to a close.

The standout tight end plans to transfer from the only university he's called home, his dad told the Deseret News late Tuesday night. Holker, a third-year junior who was serving a two-year mission during the non-counting COVID-19 season of 2020, has the ability to redshirt the 2022 season after only playing in three games.

After wrapping up practice Wednesday in a rain-soaked Provo, offensive coordinator Aaron Roderick said he was shocked when he was notified of Holker's decision to leave the team. Still, he holds no ill will toward the former Lehi High standout as he looks for a new start.

"I love Dallin. I've loved coaching him," said Roderick, who added he was "very" surprised. "I wish him the best. I really, really like that kid. I was gutted."

Under new NCAA regulations, the transfer portal will open in mid-November. The Division I Council modified its transfer proposal, which went into effect this past summer, on Wednesday by adding an addendum for athletes seeking postgraduate work would not be bound by two transfer windows, one for fall and winter sports and another spring athletes.

Postgraduate students must enter the transfer window by May 1 for fall/winter sports, and July 1 for spring sports to be eligible for the following season.

Players are not bound to leave by entering the portal, but coaches are not bound to maintain a scholarship once a player notifies the school's compliance office of his intent to leave. Asked if the Cougars would welcome Holker back to the program if he chose, Roderick deferred to head coach Kalani Sitake.

The 6-foot-5, 240-pound pass catcher played one season at BYU in 2018 prior to serving a two-year mission for The Church of Jesus Christ of Latter-day Saints in Chile. In his first season back, he averaged 14.3 yards per reception on 14 catches for 200 yards and a touchdown, including a season-high 56 yards in a 35-31 win at USC in 2022.

Holker played in 26 games during his two full seasons in Provo, as well as the first three contests of the 2022 season and totaled 521 yards and three touchdowns on 41 catches. After catching five passes (on six targets) for 38 yards in the Cougars' 41-20 loss to then-No. 25 Oregon on Saturday at Autzen Stadium, he appeared visibly frustrated on the sidelines.

His 2022 season also includes three catches for 39 yards and a touchdown in BYU's 50-21 road win over South Florida in the season opener.

"I feel like we did a good job playing together as a team," Holker told BYUtv after the game. "You can never play a perfect football game, but I feel like we did good as a team and individually did all of our assignments. It's kind of fun to see the outcome when everybody does their job.

"I feel like I did pretty well," he added. "There are always things I could do better, but I don't know how I would grade myself."

It's unsure if the frustration was with the loss, his own performance, or parts of both. His six targets were the third-most among BYU pass catchers — trailing Kody Epps, who caught five passes for a career-high 45 yards and his first career touchdown and Chase Roberts, who was targeted eight times by caught four passes for 60 yards as quarterback Jaren Hall spread his 29 completions to 10 distinct receivers in a receiving corps that has been highlighted by depth for each of the past two seasons.

Holker, a junior, was listed as a co-starter at tight end with redshirt sophomore Isaac Rex and fellow junior Masen Wake at tight end on the Cougars' depth chart. In his absence, BYU could also turn to reserve tight end Carter Wheat, who has been making a name for himself on special teams, freshman Ethan Erickson, and fullback Houston Heimuli in a larger capacity.

But foremost in Holker's absence, it's likely that Rex — who is still returning from a brutal ankle injury suffered in last year's regular-season finale at USC — will receive the starter's share of reps for BYU, Roderick noted.

"Dallin's been a good friend and brother of ours. It's sad to see him go," BYU running back Lopini Katoa said. "But we're just hoping for the best for him, and for his career.

"I think it definitely caught most people by surprise, just because of the timing. But Dallin's a brother of mine, and whatever color jersey he is wearing in the future, I'll support him and cheer him on."

A PE Teaching major, the former three-star recruit and No. 16-rated player in Utah by 247Sports recently married BYU track and field athlete Taye Raymond, who broke the Utah high school long jump record at Orem High. A freshman who competed during the non-counting COVID-19 season in 2021, it's unsure if Raymond will also transfer with her husband.

But because he's only played in three games in 2022, Holker could utilize a redshirt to maintain two seasons of eligibility at his next destination.

The Cougars have been remarkably untouched by transfers in the era of the transfer portal, and players and coaches alike have reasoned that fact is due to Sitake.

"I think our players like playing for Kalani. He makes football fun, and he has a great perspective on football and life. It's not for everybody, obviously, but I think winning helps, too. We've been winning a lot of games here, and we play good football. I think that's why we've retained our players well."