CENTERVILLE — Three Centerville residents were injured Thursday after police say a "complete stranger" broke into their house armed with gasoline, attacked them, then set the home ablaze.

Six police officers who entered the burning home to rescue the family and arrest the man were later treated for smoke inhalation. Damage to the home and an adjacent motorhome was estimated at $1.2 million.

"I'm extremely proud and honored of what my officers did today and how they rushed in, and took care of a combative, aggressive person who was burning down a house with people inside," Child said.

"They risked their lives and are being treated at the hospital for smoke inhalation. They truly saved lives today and I'm extremely proud of them."

The incident began around 2:15 p.m. at 329 E. 1825 North when police were called to a report of a home invasion. "The man entered the home containing a few elderly people, with gasoline, and claimed to have a knife," said Centerville Police Lt. Allen Ackerson.

Ackerson explained that there was a physical altercation with the homeowners after the intruder somehow entered their house.

"It is my understanding that he made it very clear that he was going to burn the house down from inside," the lieutenant said, adding that the intruder dumped the gasoline and threw it onto one of the victims, then started the fire. "Luckily, the victim didn't catch fire, but the suspect did strike two of the victims with his fists."

Ackerman said the residents — whom neighbors described as a couple and one of their fathers who is on oxygen — suffered injuries not considered to be life-threatening.

"(The suspect) ended up igniting the gasoline, then exiting the home where he attempted to burglarize some vehicles. He then reentered the home and barricaded himself inside the home," Ackerson said.

"About that time, officers arrived. They interacted with him. There were Taser deployments and he was taken into custody and he was transported to the hospital," he said.

Two of the three victims were also taken to a hospital to be treated for their injuries. The intruder was also hospitalized with "injuries relating to the fire and was believed to have been under the influence of controlled substances," Ackerman later said in a statement Thursday night.

Police don't know why the man wanted to burn the house down, but Ackerson said there were reports that he had earlier been "acting erratically" and attempting to "burglarize or steal vehicles."

Fire crews arrived to discover the home was heavily engulfed in flames. They were told that the fire started as a home invasion and accelerants had been used to ignite it.

"Our primary concern was not only the home fire, but the hillside. As you can see, the home sits fairly close to that," said South Davis Metro Deputy Fire Chief Dave Powers, pointing to dry grass on the nearby mountainside.

"We came into it with eyes wide open based on the dangerous circumstances with the assailant being there," Powers said.

Firefighters battled the blaze for about 45 minutes before knocking it down. A house to the west suffered "very minor damage," he said, but crews were able to contain the fire.

The house fire resulted after an intruder who is unknown to home owners entered home reportedly armed and started a fire in the home. Home was fully involved when officers arrived.

Cyndi Lawrence said her cousin called her asking if her house was on fire. She walked out her front door and saw her neighbor's house ablaze.

"It terrified me," she said. "Every window had flames coming out of it."

She said she could hear popping sounds. "I assumed it was tanks and when the motorhome caught on fire, you heard an explosion," she said. "There was probably four or five pops, explosions."

Lawrence could feel the heat from the home above hers and turned on the hose to keep her house wet.

"The fire was big enough that if it had (spread) to that hill, who knows what would have happened?"

Child said the suspect is 37 and from Salt Lake City, but Centerville police were not familiar with him. "From what I saw, there may been an indication of a mental break of some sort," he said.

"We have a real tragedy that struck our community and specifically a family who (are) longtime residents here. This was a complete stranger who went into their home and burned it down," he said. "We should be safe in our homes."

The chief reiterated how proud he is of the actions of officers and firefighters.

He didn't know how long the family was in the house once it caught fire, but said, "They were in there long enough to have potentially died.

"When I arrived on scene, it was fully engulfed. Officers were rushing, running toward the house ... and they were engaged in getting people out," Child said. "I'm proud of my officers and my prayers will be with them." 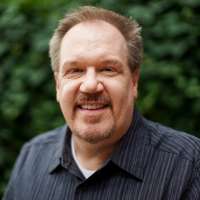