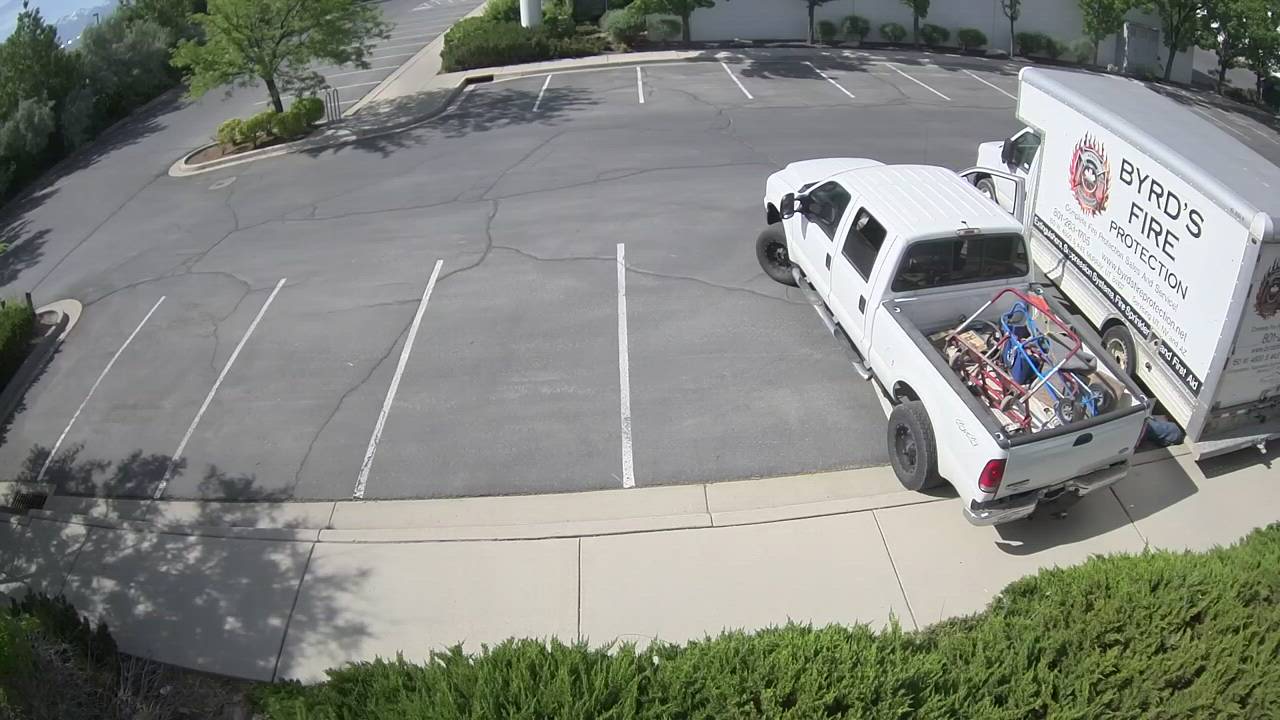 SALT LAKE CITY — As gasoline prices soar, some thieves have resorted to stealing gas in a very dangerous way. One Salt Lake City business has been victimized multiple times. The business manager is fed up, and now the thief has scars for his trouble.

A truck parked outside Summit Fire and Protection had already had its catalytic converter stolen and the gasoline siphoned out when another thief showed up Saturday, in broad daylight, and tried to steal the gas. But he paid a price for the costly crime he committed.

"Some people try to take the easy way out of everything," said branch manager Travis Mills, showing surveillance video of the theft in progress.

Not long after 10 a.m. Saturday, Mills was notified about a gas theft from one of the trucks that also caught fire.

"The guy tried to siphon gas out of it and he wasn't getting the siphon to work," Mills said. "So he decided to drill the gas tank, and that's when he caught on fire."

On the surveillance video, you can see the thief underneath the work truck on the side of the gas tank. A white pickup truck is parked next to the work truck.

At one point, the thief pops up quickly with his shirt on fire and runs away from the truck. The thief had to stop, drop and roll across the parking lot before his accomplice picked him up and they escaped.

"The reason why he's fleeing is that, if there were more gas in it than a gallon, this thing would have absolutely turned into a bomb," the manager said. "It's sad because times are tough for a lot of people, but it's not worth the $5 that he would have saved for the injury that the guy sustained."

The company has had multiple catalytic converter thefts and smash-and-grab thefts in recent years.

They put in a $30,000 security system before this happened. "It's been extensive," Mills said.

"Unfortunately, given the gas prices in the valley and nationwide, we are seeing an increase in gas thefts," said Division Chief Tony Allred, Salt Lake fire marshal.

He said their hazardous material team drills into gas tanks in emergency situations with plenty of precautions, but it's a bad idea for anyone else.

"Drilling into a tank is extraordinarily dangerous," the fire marshal said.

The drill, the drill bit, or even static electricity could spark an explosion.

"It's just extraordinarily dangerous for the person stealing the gas for a very low return," Allred said.

The loss of the gas is the least of the company's problems.

"Horrendous expense," Mills said. "We have downtime with our guys, immediately. Oftentimes we don't know what's going on with it until we go to get in it, and now your gas is gone and it doesn't start."

The vehicle is out of commission until it can be repaired, which is very costly — if they can even find a replacement.

"We're finding that gas tanks are hard to come by," Mills said.

If you know anything about this crime, contact the Salt Lake City fire marshal.

The fire marshal recommends not to park your vehicle where it might be targeted, and if you walk up to your vehicle and it smells a lot like gasoline, or it appears that the tank has been tampered with, take a closer look before you start the vehicle.