'They made me stay alive': Young girl grateful for Primary Children's care

Harper Morgan, center, and her parents talk about her experience at Primary Children's Hospital. (KSL-TV) 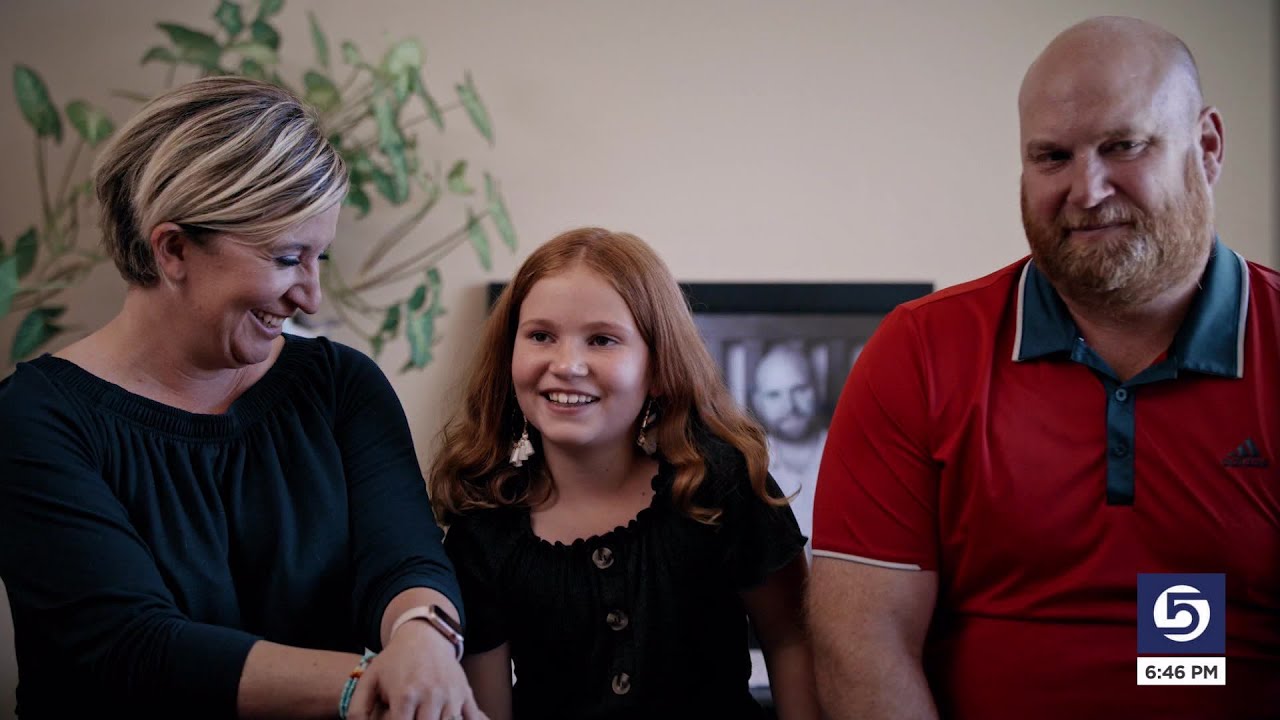 ‘Pale’ at a party leads to a child in hospital with leukemia; KSL Give-A-Thon underway

Cora Morgan said she couldn't shake the feeling and called a doctor from the party.

"He asked if we wanted to do a blood draw, and I said 'yes.' And two hours later, I had a phone call," Cora Morgan said.

"Get her to Primary as fast as you can; she is full of leukemia," Cora Morgan remembered the doctor saying.

Harper Morgan remembered being scared when she first got to the hospital. "When I first got there, I was kind of scared. But the more I came, the less nervous I became."

She said it was the staff at Intermountain Primary Children's Hospital that put her at ease.

"I started knowing the doctors, and I trusted them," Harper Morgan said.

Harper Morgan understands what matters the most when it comes to the care she received at Primary, "They actually made me stay alive, and that's the most important thing now."

When her father, Ryan Morgan, was asked to describe his daughter, he said, "Let's see, she is super fun, full of life; total warrior. She just always brings a smile to my face."

The Morgan family is one of many who have benefited from the care given at Intermountain Primary Children's Hospital.

The KSL Primary Children's Hospital Give-A-Thon tells the stories of the families benefiting from the care at the hospital and raises money through your donations.

Watch on Dec. 3 from 11 a.m. to 1 p.m. and 6 p.m. to 7 p.m. to meet other kids benefiting from Primary Children's Hospital and see how your donations help our community.

You can start donating now online at kslkids.com.