The message Baylor had for BYU was clear: Welcome to the Big 12; now get ready for it

Baylor first-year students run out onto the field before the team, a tradition called "The Baylor Line" that dates back to 1970, during the Cougars' road game at Baylor, Saturday, Oct. 16, 2021 at McLane Stadium in Waco, Texas. (Jaren Wilkey, BYU Photo) 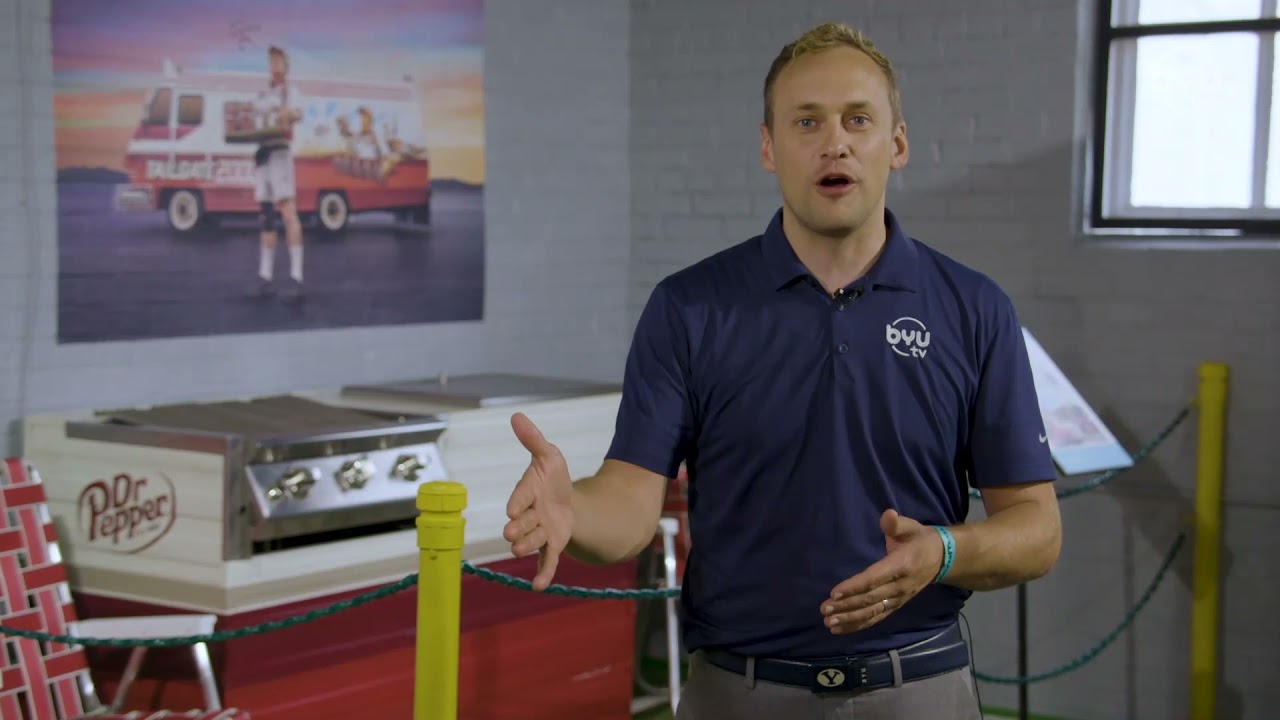 WACO, Texas — All through Saturday morning and into the afternoon, Baylor rolled out the red — or green — carpet for BYU, honoring university president Kevin J. Worthen and athletic director Tom Holmoe during the school's homecoming parade and showering them with cheers as one of the four newest members of the Big 12 Conference come 2024.

Then, the unranked Bears rolled up the carpet and beat the 19th-ranked Cougars over the head with it.

Saturday's 38-24 loss on the road in a future conference rival's home stadium didn't just end anything but a Independence Bowl bid for the Cougars, it showed just how far the program needs to grow to live up to the Big 12's standard — even one that will be without top brands Texas and Oklahoma by the 2025 season.

Make no mistake, Baylor was better in every way than BYU: more athletic, faster and better prepared than the FBS independents who wandered into Waco nursing their wounds off a snapped winning streak and a 5-0 start to the season for the second consecutive year for the first time in program history.

But perhaps most importantly — and perhaps shockingly — the Bears (6-1) were more physically dominant than the Cougars (5-2). The new offense put together by Jeff Grimes in less than 10 months on the job at Baylor put together a more physical product than his old job in Provo.

"That's not our style," BYU coach Kalani Sitake said. "Credit to them for making plays; that's a really good team that we faced. It's a real gut-check for us."

On the field, the Cougars will take Sunday off and review the tape Monday morning, determine to improve and snap a two-game slide by Saturday's early-afternoon kickoff at Washington State (1:30 p.m. MT, FS1).

Off the field, BYU was shown how being a physically dominant bully on the gridiron doesn't have to translate to attitudes away from it. Baylor soundly beat BYU at their own game, aided by former offensive coordinator Grimes and offensive line coach Eric Mateos — and then helped them up and extended a gracious hand.

A warm welcome to @BYU in today's parade! We're so excited to have y'all become part of the Big 12 in 2023!!! #BaylorHomecoming 🔥 pic.twitter.com/eJqqqsl4dh

The Bears' overt display of welcoming to the Cougars to their new conference home was refreshing for a squad accustomed to visiting various climes across the intermountain west and west coast, where BYU, its university ideals and its fan base are often viewed with derision and jealousy — or occasionally a combination of both.

But in Baylor, the Cougars have found an immediate ally in joining the Big 12 in 2023. The two schools, along with TCU, will be the only three private institutions in the Big 12 when Cincinnati, Houston and UCF join BYU in the new-look league.

Beyond athletics, Baylor — which is affiliated with and governed by the Baptist General Convention of Texas — wanted to make sure the Cougars knew they had their back.

The school proudly proclaimed their shared belief in a "commitment to providing and protecting faith-based higher education in the increasingly secular environment of American academia" in a brochure given to media and special guests of the game, while touting shared academic standards, like top 10 business programs nationally between the No. 75 and No. 79 rated institutions in the latest U.S. News and World Report rankings.

At first glance, the two schools go together like short-sleeved white shirts and ties go with Cowboy boots. But the pairing may actually make as much sense as Donny and Marie Osmond or Chip and Joanna Gaines.

The Big 12 needed a fixer upper after the departures of Texas and Oklahoma. BYU, which needed the validation of its national fan base of a Power Five conference, brought the Magnolia, along with Cincinnati, Houston and UCF.

It's nice to be appreciated, and Baylor — which was sometimes viewed as an outsider in the Big 12 since the Bears joined Texas, Texas A&M and Texas Tech in Big 8 Conference expansion in 1994 — was determined to make sure the Cougars felt wanted in their new home.

"They're great fans. We love 'em," said Ronnie Richardson, a lifelong Baylor fan who greeted each traveling BYU supporter with a hug and asked to take a selfie with many of them. "They're just good people, we like good people here. It's what we want.

"When you welcome them here, they want to be here. They're not like our old buddies that want to go; they want to come here."

Those "old buddies," of course, are referring to Texas and Oklahoma, who are currently contracted to depart for the Southeastern Conference in 2025 (if not before). The decision left many in the Big 12 rankled, setting off a desperate search for new members that actually started a half-dozen (or more) years earlier.

In the end, there was only one school that made the most sense, according to several sources and reports across the country: BYU. And that's just fine for Baylor.

"It's going to be BYU and Baylor," said Richardson, whose sister is a member of The Church of Jesus Christ of Latter-day Saints that sponsors BYU. "That's going to be the rivalry. BYU is the new beginning of something special."

The decision was easier for BYU. The Cougars are a national brand, and the Big 12 needed a national brand — even one based in the mountains of Utah — to bolster the remaining eight members.

Baylor gives ⁦@BYUfootball⁩ a Texas-sized "Welcome to the Big 12" pic.twitter.com/f4wPZ09n5t

It's nice to be recognized from coast to coast. The Big 12 had that in Texas, and Oklahoma's recent success — with four appearances in the College Football Playoff since 2015 — had made it one, too.

But the Longhorns and Sooners had grown weary of the rest of their league, and cast their eyes elsewhere — either westward or toward the southeast — for most of the past decade. They didn't want to be in the Big 12.

Hence, welcome to the Cougars.

"I can't wait until BYU is a full member of the Big 12 in a couple of years," Baylor radio voice John Morris said. "We're disappointed that Texas and Oklahoma are leaving; we've got a great, long-standing rivalry with both of those schools, but especially Texas … that goes back to the early 1900s.

"We hate to see them go, but they've made their decision — and good riddance; just go. We're going to move forward, and I think it's a very positive step moving forward with those four schools."

That's why Big 12 commissioner Bob Bowlsby joined Worthen, Holmoe, Baylor president Linda Livingstone and Baylor athletic director Mack Rhoades in receiving the game ball before the game. It's why the Bears made mention of the two universities' soon-to-be shared conference affiliation in just two years, and why Baylor fans cheered at the mention.

Like the 2004 cult classic depicted, the Baptists and Mormons were hosting a barbecue, and everyone was invited. And after the game, the two sides ended the game — win or lose — by embracing their shared Christianity and kneeling together in prayer.

"I was really impressed with the Baylor crowd, and with our fans that showed up," Sitake said. "It's nice to have the support of Cougar Nation, and how nice everyone was to us, even after the defeat. I really hope they know how much we love them.

"I thought Baylor was really cool," he added. "I know we're going into the Big 12, and it was a really good environment. Great fans, and I thought it was a really great setting. I'm excited about our partnership with Baylor and other universities in the Big 12. I'm really looking forward to it."

But first, Sitake has a ship to right. The Cougars have to get better — both for this season, and for the one two years down the road.

It starts with Washington State.