Coach Kim: Is the internet making us meaner?

In this edition of LIFEadvice, Coach Kim answers a reader's question and explains the ways being and communicating online has made us meaner to each other. (Shutterstock)

SALT LAKE CITY — In this edition of LIFEadvice, Coach Kim answers a reader's question and explains the ways being and communicating online has made us meaner to each other.

I was recently "ghosted" by my partner. Along with the sadness of the breakup, I am also feeling emotions of embarrassment and shock. What red flags do people who "ghost" usually exhibit? How do you deal with the trust and self-esteem issues that almost feel inevitable? Maybe you could write about not doing this to other people and explain why people are so mean online?

Do you have a question for Coach Kim, or maybe a topic you'd like her to address? Email her at coachkimgiles@gmail.com.

There have been many changes in our world in the last two years, and it appears that we are treating our fellow human beings worse than ever. It seems like online/tele-everything is lessening our ability to treat other humans with love and respect.

A recent article in the Deseret News says, "People seem to have so many things to be angry about today, whether it's wearing masks or not wearing them, keeping schools open or refusing to close them, getting vaccinated or thinking it's dangerous, or just feeling powerless against forces out of their control."

The whole world is functioning in a fear of loss state, where they feel at risk and believe they must protect themselves from other people. The pandemic has made us afraid of each other and we often see other humans as a threat — and this is not just about catching the virus. We see people who have different views, look different, or live differently as more threatening than ever, too.

We also have a greater tendency to say rude things online than we ever would face to face. I have experienced this with negative comments to my articles here. This phenomenon is known as the online disinhibition effect. As a KQED article explains it as, "Essentially, being online lowers your inhibitions. This often results in people either behaving meaner or opening up more online than they normally would in face-to-face conversations."

A recent survey from Pew Research showed that 40% of American adults have personally experienced abuse online. While we generally conduct real-life interactions with strangers politely and respectfully, online we can be horrible.

Essentially, being online lowers your inhibitions. This often results in people either behaving meaner or opening up more online than they normally would in face-to-face conversations.

This is especially true in high schools and junior high schools, where we see cyberbullying causing problems, and in online dating. In the first quarter of 2020, Tinder reported 3 billion swipes in a single day. But, this is not necessarily a good thing.

We are starting to treat dating about as seriously as a video game or a take-out order, as lifestyle writer Mary Crace Garis says. In an article for Well+Good, Garis quotes Camille Virginia, founder of the relationship coaching service Master Offline Dating, thus: "There's a direct correlation between the investment of effort to meet someone and how much value gets placed on that person, When you put the same amount of effort into swiping on a dating app as you would into ordering Chinese takeout for lunch, you're going to subconsciously value the person in that moment about the same as you do the food. I'd actually argue most people would value their Chinese food even more than the people they're swiping on."

The problem is that dating apps also make it seem like there is an endless number of other options ready and waiting if you don't like the one you are talking to. This, along with the fact that dating apps feel a little like a video game, can make us forget that real people with real feelings are involved.

We also have people who are online dating but who have no intention of actual dating at the end of it. They might be just looking around, dipping a toe in, but they often quickly decide they aren't up for it and disappear. Some like spending time swiping and browsing people, but they aren't actually ready to date or even single yet.

This has created a whole new world of terrible human behaviors like ghosting, cloaking, bread crumbing, and zombieing other people. It's important to know about these terms because teens and young adults use these techniques in their cyberbullying.

Let's clarify a few of them now:

There can, of course, be good reasons to block someone you met online. There may be red flags or scary behavior, and you absolutely should protect yourself and be careful. Having said that, for most people (who aren't dangerous), a quick message that you've changed your mind and aren't interested would be the respectful, kind way of handling it. Even better, give them some honest feedback and sincerely wish them the best of luck out there. If you struggle with the courage to be honest, check out a recent KSL.com article I wrote: "Delivering bad news as nicely as possible."

In this edition of LIFEadvice, Coach Kim shares some ways to make delivering bad news to others easier on both of you.

All of the behaviors listed above are driven by fear. People are afraid of real communication, honesty, vulnerability and owning who they are and where they are. You might watch out for people who are very slow in moving forward, aren't good at communicating, and aren't willing to take the next step to video chat or meet. Those are red flags that they are only interested in swiping and then quickly off to the next option.

If you are going to participate in online dating or any online interaction with other humans, you should be ready to handle these interactions with honesty, respect and courage. Care enough to consider how they will feel and what they need. People would rather hear the truth — even if it hurts — than they would be left totally confused.

If you have been ghosted online or treated disrespectfully, remember that it isn't really about you at all. It happened because that person is scared and functioning in fear. They don't have the confidence to handle themselves in a respectful way. They might think they need to treat others badly to feel powerful and good, but this never leads to happiness.

You probably dodged a bullet here. It's better to find out that they aren't ready for a real relationship/friendship or aren't right for you now than later.

Do not allow this person to lessen your intrinsic value as a person. You have the same value as every other human on the planet and what one person thinks of you doesn't change anything. Understand the right person for you will show up and love you exactly as you are. You may have to go through a lot of scared, immature, unprepared, people online to find the one you are looking for, but don't give up. Just go into any online networking knowing that these common bad behaviors happen to everyone, and be ready to shrug them off when they happen to you.

You can do this.

Coach Kim: How to appreciate people you don't even like

In this edition of LIFEadvice, Coach Kim explains why we don't like certain people and shares ways to appreciate them.
× 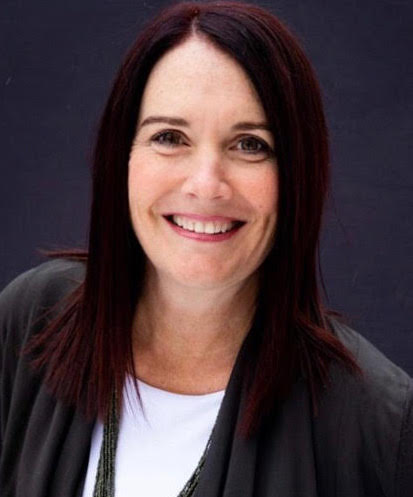