'How do I help?' Student recalls Idaho school bus crash that left several injured and a man dead 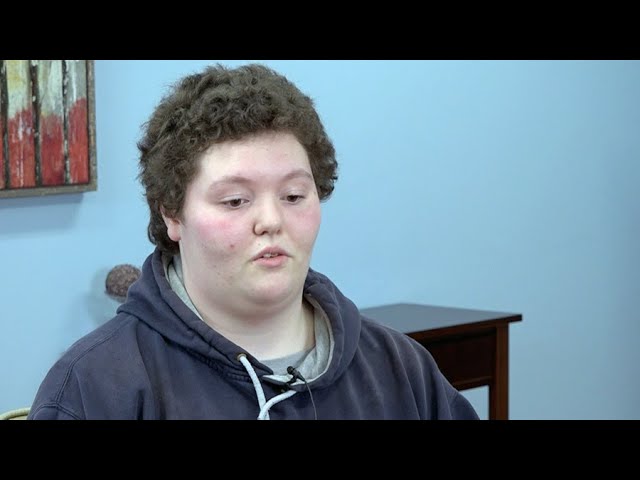 IDAHO FALLS — A Bonneville High School student jumped into action after a pickup collided with a school bus carrying dozens of students the morning of Sept. 13.

Isabelle Macdonnell, a 16-year-old sophomore and her 13-year-old sister were on the Bonneville Joint School District 93 bus when the fatal crash occurred. The bus and the pickup collided shortly after 8 a.m. at the intersection of 65th North and 15th East, causing the bus to roll onto its side.

"It was pretty scary," Isabelle said to EastIdahoNews.com. "I believe we tumbled twice, but I do know we skidded a little."

Isabelle and over 40 more students from Bonneville High and Rocky Mountain Middle schools found themselves inside the badly damaged bus. As she realized what happened, Isabelle recalls smelling diesel fuel.

"Everyone is freaking out trying to grab their stuff and I tell everyone to 'Just get off the bus, don't touch your stuff, just get out,'" Isabelle said.

She did not get off the bus herself when she saw other students helping one girl who was stuck near a window. After realizing the girl was almost freed, Isabelle noticed the bus driver was trapped in his belted seat.

"I was like, how do I help?" Isabelle said to the bus driver.

The driver pointed to the green seatbelt cutter and Isabelle was able to free the driver from the bus.

"I only stayed because I wanted to make sure everyone was OK and that also the shock of what just happened kind of froze me in place," Isabelle said.

Isabelle realized she had cuts from broken glass and made her way back to the rear emergency exit. That's when the emotions hit her.

"My little sister was at the back waiting and I quickly broke down crying because we just had a crash happen right there; it was pretty surprising," Isabelle said. "You don't expect anything like that to happen to you because, you know, being 13 and 16, you don't expect bad things to happen until you are 18, maybe."

First responders rushed to the scene and found the pickup driver, 27-year-old David Eason Thomas Roemer, of Ammon, Idaho, had passed away. Four other students were taken by amublance to Eastern Idaho Regional Medical Center and Idaho Falls Community Hospital in stable condition. District officials report 13 additional students were taken by their families for medical treatment.

District 93 Superintendent Scott Woolstenhulme was at a local elementary school when he got what he calls the second-worst call he has received as superintendent. As soon as he got word kids were injured, Woolstenhulme said he drove to the hospital while other district employees went to other locations to help however they could.

"It was a tough day, but really just a testament (to) the teamwork that we have and I just can't express enough gratitude that our kids, while banged up and we had some injuries, none of them were critical or life-threatening," Woolstenhulme said.

In a district newsletter, Woolstenhulme said one student had a fractured collarbone and others sustained similar injuries to their arms and wrists. Some students had lacerations and other received concussions.

Following the crash, Woolstenhulme was able to watch a video of the crash and the aftermath. He explained the crash happened quickly but what happened next amazed him.

"I got teary-eyed," Woolstenhulme said. "Seeing how our kids responded … all of a sudden our kids go from being on a normal bus ride and all of a sudden they are tipped over … it's just amazing to see how almost immediately the kids start turning and helping each other."

EastIdahoNews.com requested bus camera footage of the crash, but Bonneville School District 93 is not releasing the video after the Bonneville County Sheriff's Office directed officials to withhold the video pending an ongoing investigation.

Following the crash, the bus driver was the last person to be checked out at the hospital. The next day, the driver was back at work to help the kids know it will be OK.

"I just wish overall as a country and as people, we were a little more patient, a little more understanding, that we gave ourselves time to understand situations before we rushed to judgment. Our driver was nothing but a hero in that situation. There is nothing he could have done to avoid it … I think it was just a pure accident, a tragic accident and I just feel so much for the loss of the life of the (pickup) driver."

The Bonneville County Sheriff's Office continues to investigate the crash. Sheriff's Office spokesman Bryan Lovell said they do not believe speed to be a factor in the crash but are looking at inattention and failure to yield.