What Pac-12 expansion, or lack thereof, means for BYU and the Big 12 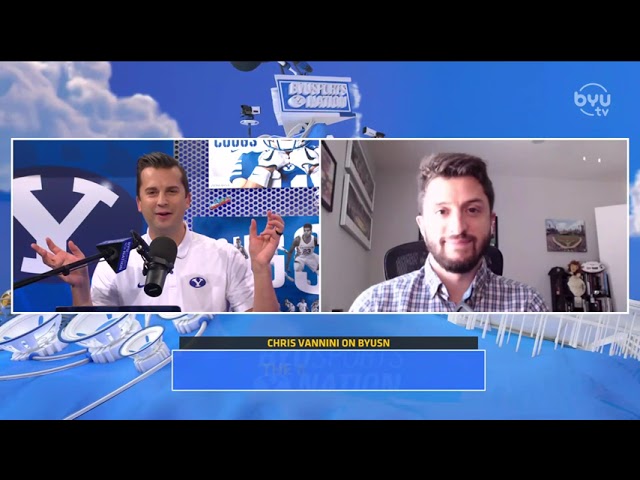 PROVO — The Pac-12 will not be expanding any time soon.

While expected, the move was solidified, signed and stamped with college sports' version of an affidavit Thursday when the conference released a statement saying as much. Two days after rolling out an alliance in name-only with the Big Ten and Atlantic Coast Conference, the "Conference of Champions" surveyed the rest of the college football landscape and said, "thanks, but no thanks."

"Following consultation with our presidents, chancellors and athletic directors, the Pac-12 Conference has made the decision to not pursue expansion of our membership at this time," a statement from the league reads. "This decision was made following extensive internal discussion and analysis, and is based on the current competitive strength and cohesiveness of our 12 universities.

"It is also grounded in our confidence in our ability as a conference to best support our student-athletes and to grow and thrive both academically and athletically."

In other words, there were no universities or athletic programs that met the Pac-12's qualifications for admittance, even if none have publicly admitted to approaching the conference. Sure, Boise State would love to join the Pac-12, as would BYU. San Diego State, Utah State, UNLV — the entire Mountain West, Western Athletic and Big Sky conferences would jump to the Pac-12 (or any Power Five consortium) with the right invitation.

The two schools that make the most sense from the conference's current footprint were always BYU and Boise State. But Boise State's academics aren't on par with the other 12 schools in the conference — the Broncos ranked outside the top 250 in the most recent U.S. News and World Report — while the 80th-ranked Cougars have cultural issues such as a no-Sunday-play policy and a complicated history with LGBTQ+ students that have made them virtually untouchable by the conference for well over a decade.

BYU athletic director Tom Holmoe said during the Cougars' annual media day over the summer that any decision on joining a conference will "have gone all the way up through our (university) president and all the way up to Salt Lake (to the headquarters of The Church of Jesus Christ of Latter-day Saints, the university's sponsoring institution)."

Future expansion of the College Football Playoff to 12 teams will have an affect on BYU, whether it remains as an independent or joins a conference. Certainly, the university also values the autonomy that comes with playing outside of a conference and determining its own future football schedules.

"Autonomy would be a goal. And the reason I want it is because I want all of our players in all of our sports to be able to play against the best players in the country each week," Holmoe said. "When you go to the NCAA track and field championships in Eugene, you see kids in BYU all over the track, you know our kids are competing against the best.

So BYU won't be joining the Pac-12 anytime soon. Instead, 12 has been decided to be the right number (for now) for the Pac-12 that once existed as eight and 10 teams and its current iteration as it navigates into a new era of college football, one spearheaded by forthcoming realignment in the Southeastern Conference that will see the top figures in the old Southwestern Conference serving a new master.

By aligning itself with the ACC and Big Ten — an alignment so strong it doesn't have the benefit of a signed contract or anything beyond a "look in the eye" and a handshake agreement — the Pac-12 told the world that it has no need for expansion. Why divide the media rights further than 12 teams if you don't have to?

Even if the conference is arguably the fourth-best among the rapidly approaching Power Four leagues, it's still part of the four. While the gap between the SEC and everyone else widens further until the 2025 entry date for Texas and Oklahoma, the new "alliance" has shown two conferences that are willing to play second-tier to the real power structure in college football — the SEC and the Big Ten — in exchange for a seat at the table.

The Big Ten is in the middle of a six-year television contract with CBS, FOX and ESPN that pays around $2.64 billion through 2023. The SEC is expected to receive around $3 billion from a new deal signed with ESPN that goes into effect in 2024, while the ACC is locked into a deal with ESPN through 2035-36 that pays an estimated $240 million annually in exchange for the Worldwide Leader in Sports launching a linear network dedicated to the conference.

The Pac-12 signed a $3 billion deal over 12 years back in 2011 for media-rights distribution that included at the time the launch of the Pac-12 Network — whose expenses dropped 2% in the 2019-20 academic year after reporting $118 million in revenues and net operating expenses of $82 million. The roughly $250 million per year deal was the largest in the country at the time but has since been lapped by every major conference in college football with the contract coming to a close in 2023.

The next highest television contract outside of the Power Five comes from the American Athletic Conference, which signed an exclusive 12-year deal with ESPN beginning in 2020 that will pay an average of $83.3 million per year. The Big 12 signed a 13-year, $2.6 billion deal with ESPN and FOX in 2012, but that figure is expected to drop significantly when Texas and Oklahoma leave for the SEC upon the conclusion of the league's Grant of Rights in 2025 — if not sooner.

Why worry about the moat between the SEC and the Pac-12 when sitting on the other side of a gulf between the Big 12 and the American Athletic Conference?

While the Big Ten occasionally jostles for position with the SEC, the ACC and Pac-12 will fight for third place. And while no one ever remembers the bronze medalist, the same is often more true for fifth place in any race or track meet.

The next step in the current run of conference realignment, then, falls solely on the shoulders of the Big 12 — or rather, the "Leftover Eight" of the conference sans Texas and Oklahoma that should not be confused with the original Big 8 Conference of Oklahoma, Oklahoma State, Kansas, Kansas State, Missouri, Nebraska, Iowa State and Colorado.

The Pac-12's disinterest in the Leftover Eight signals a change to conference realignment, and if the Big 12 wants to survive as any kind of entity — even one closer to the American than the rest of the Power Four — it needs a big brand name with a national fanbase.

In other words, the Big 12 needs BYU.

Indeed, that's precisely where the conference's already-formed subcommittee for expansion has been eyeing — even if not publicly, according to The Athletic's Max Olson.

"One sentiment among multiple sources is that the Big 12's best approach to expansion, if it does stay together, is focusing on building the strongest football conference it possibly can," Olson reported. "BYU, Cincinnati, UCF and Boise State would be logical targets if that's the plan, and several more schools merit consideration. There still seems to be serious reluctance about engaging with Houston, which dates back to the conference's unpleasant experience with UH board chairman Tilman Fertitta in 2016."

A conference with those four additions wouldn't just expand the league's numbers back to a more mathematically appropriate 12 universities. It would also significantly cripple the Group of Five conferences in their attempts to compete with the power brokers in college football, including the American and the Mountain West.

Boise State is the primary driver behind the Mountain West's most recent deal with CBS and FOX, so much so that the Broncos receive an unevenly portion revenue from the networks and have exclusive broadcast rights to their home games given to FOX.

And while ESPN's deal with the American includes more than just Cincinnati and UCF, taking the Bearcats and Knights out of the conference leaves the league rebuilt from the ashes of the Big East to rely heavily on SMU, Houston and Memphis to carry the torch of its national appeal.

Furthermore, expanding to 12 teams would enable the Big 12 to go back to divisions — and a six-team East-West divide would keep travel between the Mountain Time Zone schools of Boise State and BYU and the east coast-based schools of UCF and West Virginia to a minimum, especially in non-revenue "Olympic" sports.

Essentially, the new Big 12 could play two mini-conferences of six teams each — say with BYU, Boise State, Texas Tech, Baylor, TCU and Oklahoma State anchoring the west, or any other geographic configuration that makes sense — with as many as three (nine-game conference schedule) or four (eight-game schedule) crossover games with the other division.

While the new league likely won't approach the television revenue (or ratings) of the one that once included Texas and Oklahoma, it's in a much better spot than it was at eight — and likely allows television networks to reopen their coffers after settling with current Group of Five leagues devoid of most of the top teams in that unofficial subdivision (sorry, Coastal Carolina).

But how soon before the Big 12 can even consider such a move? While reporting that a subcommittee has been formed to consider expansion, the Athletic also noted that it's unclear when that group could begin taking action and vetting schools for future moves. It all depends on how Texas and Oklahoma remain in the league — and until the Sooners and Longhorns are out the door, they maintain voting privileges in the current 10-team conference.

"It's hard to know right now whether those schools will wait until 2025 as they've claimed or intend to make an early exit," Olson wrote.

The ball is now exclusively in the Big 12's court.