The next go-around: Is BYU an option for Big 12 if Texas, Oklahoma take off for SEC? 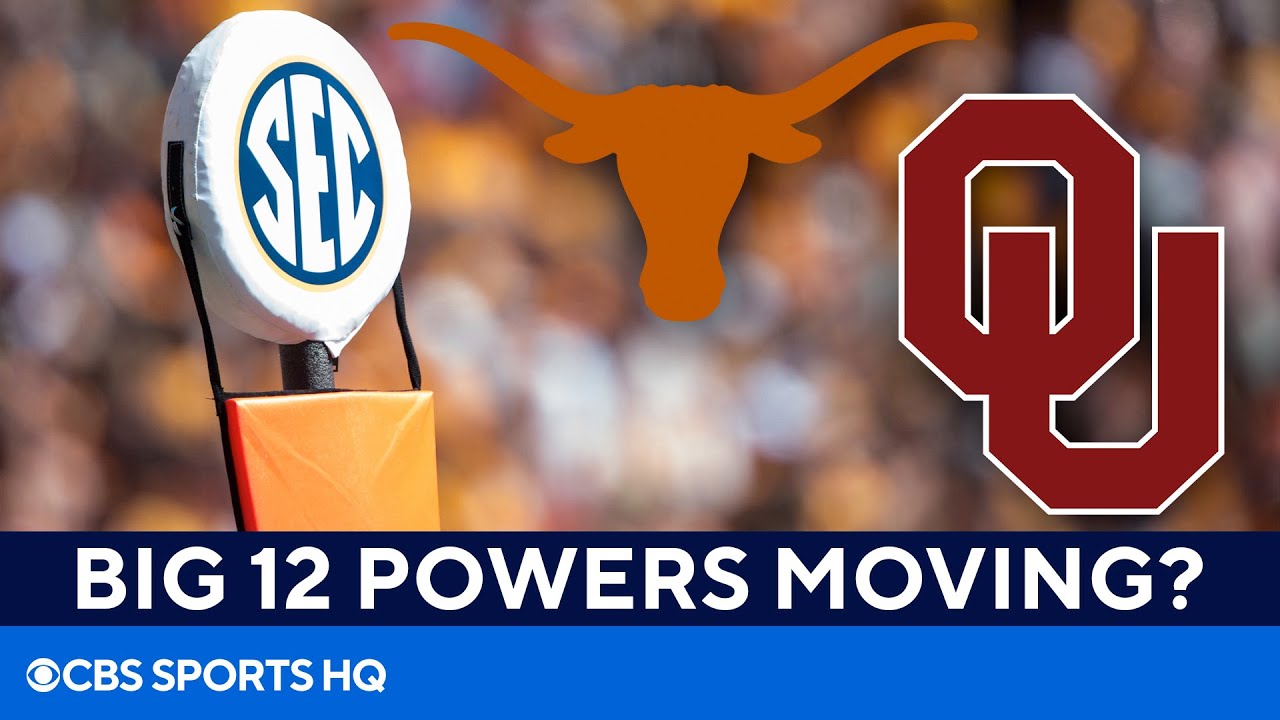 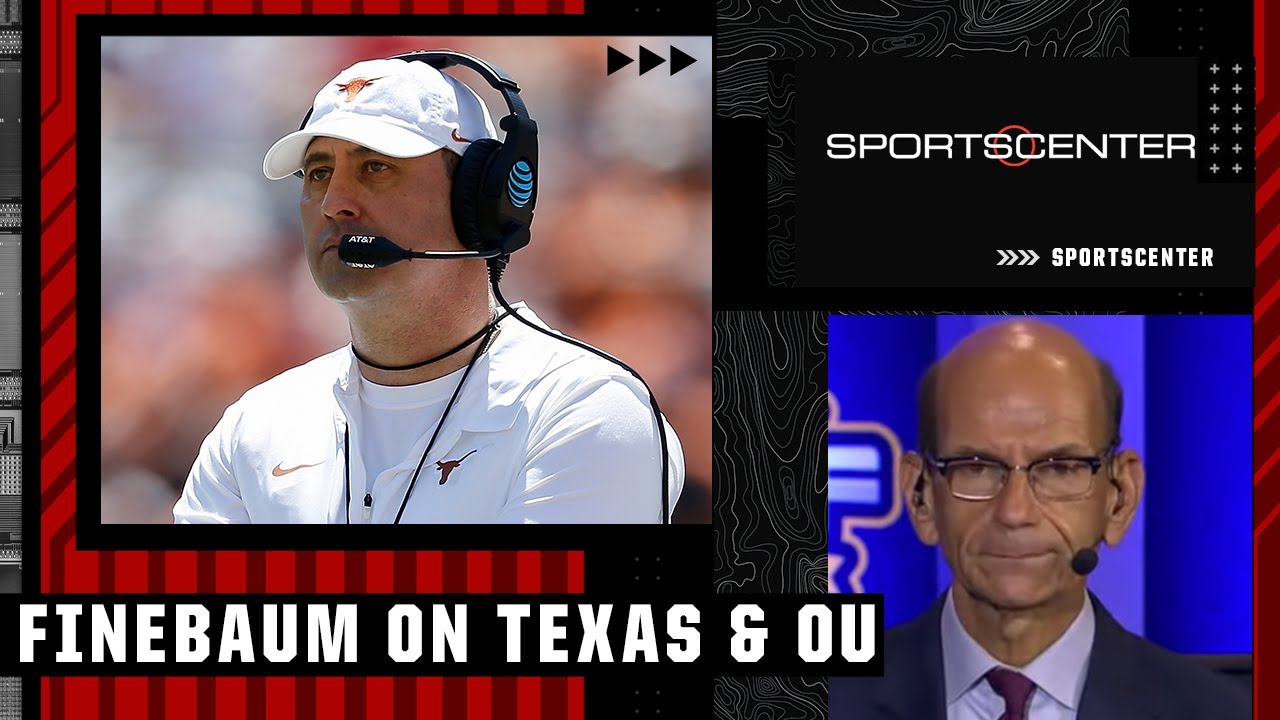 LAS VEGAS — Like sands in an hourglass, this is conference realignment, which reared its head again this week with a bombshell report that Texas and Oklahoma have approached the SEC about future membership.

Just moments before Texas A&M coach Jimbo Fisher approached the podium at SEC media days and while the Mountain West met near the opposite coast, the Houston Chronicle delivered a staggering report, with Texas A&M beat writer Brent Zwerneman citing unnamed sources that the Longhorns and Sooners had "reached out" as a duo and offered to join the Southeastern Conference.

The Athletic's Bruce Feldman reported Friday that Texas and Oklahoma plan to inform the Big 12 next week that the two schools will not renew their grant-of-rights agreement when it expires in 2025. Such a move is the first formal decision in a long road that would have the Longhorns and Sooners represent another conference.

The move, which has been confirmed as in talks by a handful of outlets, would be the biggest move in conference realignment in at least 10 years — and likely longer — since the days that Utah and Colorado moved to the Pac-12; Maryland, Rutgers and Nebraska joined the Big Ten; and Texas A&M and Missouri skirted the Big 12 for SEC pastures.

One source told KSL.com that Texas had been planning for weeks a bombshell that would "shake up the college football landscape" but did not elaborate further. It's unknown if the current report was the projected news, but it would certainly qualify.

Asked during the SEC's four-day football talk-fest in Hoover, Alabama, if the reports had any validity, league commissioner Greg Sankey skirted the issue entirely

"I'm talking about the 2021 season," Sankey told the Associated Press.

Likewise for representatives from Texas and Oklahoma, who neither confirmed nor denied the reports through a pair of vaguely worded statements when pressed.

"The college athletics landscape is shifting constantly," Oklahoma said in a statement. "We don't address every anonymous rumor."

The move also has its detractors, including notable alums of the two defecting institutions like former Oklahoma quarterback and current Browns starter Baker Mayfield. Oklahoma State officials have also publicly voiced their displeasure with the move.

"It would ruin the Big 12. It would be done," Mayfield told the AP in between shooting TV commercials in Cleveland.

Speaking of television, the most recent realignment cycle was driven by it. That's why the Big Ten expanded to the shores of New Jersey and Maryland, why the Pac-12 added two fanbases in the Mountain time zone, and why the ACC picked apart the football-playing members of the old Big East Conference to fit their agenda. It's why Texas A&M and Missouri enjoy membership in the SEC, despite both of them having as many titles in that conference as Utah and Boise State.

The potential forthcoming realignment won't be driven by television, but streaming. It won't be driven by cable boxes, but brand visibility. Few brands in college athletics are as big as Texas and Oklahoma, which would explain why the SEC might be interested in capturing the biggest fish possible.

But another big brand continues in college football, one with a national title in the last 40 years and a nationwide fan base that stretches from coast to coast and beyond: BYU. The Cougars were turned back by the powers that be of the Big 12 a decade ago; could 2025 be their time to finally enter college football's mainstream power structure?

It won't be easy, and it is far from certain. If the era that ended with the Big 12 entertaining PowerPoint-like presentations from BYU, Houston and other potential candidates in 2016 taught us anything, it's this: any non-denial will be read as a confirmation, at least by those who want to believe the news. Likewise, that same era taught us not to believe any "insiders" or "sources" until a press conference had been called at League X's headquarters.

Noted national college football reporter Pete Thamel expects the Big 12 to act "aggressively" in adding schools, especially since the departure of the two largest brands in the conference would drop membership to eight. Arizona and Arizona State will almost certainly be a possibility, he wrote, and the league could even attempt to pull Colorado back to its former conference and bring along fellow Pac-12 newcomer Utah, as well.

Then it gets interesting.

Because the most likely next step for the Big 12 would be to expand to as few as 12 and as many as 16 teams, further insulating itself from further damage if other schools are pulled away from the discharging conference.

"Four seems like the most reasonable number, with Cincinnati, UCF, USF, BYU and Boise State the most likely candidates from outside the state of Texas. The potential addition of Houston and SMU becomes complicated, as Baylor, TCU and Texas Tech wouldn't have much interest in more in-state competition.

"Remember, it's streaming subscriptions, not cable boxes, that matter most. BYU would appear to have the best option for that, with its national following. But BYU is always complicated, which prevented the Big 12 from adding it in 2016 when the Cougars' complicated LGBTQ history became a factor."

Thamel is referencing the actions of Athlete Ally, an LGBTQ+ advocacy group, and the National Center for Lesbian Rights publishing letters and calling on members of the Big 12 not to invite BYU into its fold, claiming that "through its policies, BYU is very clear about its intent to discriminate against openly LGBT students, with sanctions that can include suspension or dismissal for being openly LGBT or in a same-sex relationship."

Further complicating matters this time around is the current surge of the American Athletic Conference. How attractive would a Texas/Oklahoma-less Big 12 be to schools like Cincinnati and UCF when the AAC has positioned itself as the best Group of Five conference in the country, and one uniquely positioned to take advantage of the College Football Playoff's likely expansion to 12 teams over the next several years? Sure, money talks. But would the rest of the Big 12 schools be able to garner the billion-dollar contract over 10 years that the American currently has with ESPN?

Moreover, how much would ESPN and other television partners be willing to pay for such Big 12 after 2025, especially since the Worldwide Leader in Sports will be directing more than $60 million annually to the SEC after 2023 — in addition to its top television slots and highest-valued inventory? Kansas basketball is an incredible brand in the sport, but it can only take the school so far with its mediocre-at-best football program.

The trickle down would continue from there. Would the Big 12 try to grab from the American, or might things work the other way around? Perhaps the Iron Skillet game between TCU and SMU can (finally) be a conference rivalry. Or what about Kansas and Kansas State to the Mountain West? Baylor and Texas Tech to the Pac-12? These are all ideas that would likely at least be floated.

Would BYU leave Gonzaga and the West Coast Conference — it's venerated home for the past decade — for membership in a Big 12 Conference that could easily fall behind most of the Group of Five without its two biggest schools? What would a change in conference membership mean for BYUtv, a syndicated national television station whose purpose is to spread the gospel of The Church of Jesus Christ of Latter-day Saints but also airs daily programming around BYU sports, both live and via tape-delay?

Maybe most of these questions have an easy answer in the face of multi-million dollar contracts currently espoused by Power Five football schools. But they are questions that need to be asked, either way.

In a perfect world, BYU (and Boise State, likely) would be among the first calls for any conference expansion, including the Big 12.

Of course, college football exists in a world that is anything but perfect. That means the Cougars are in the same position as anyone else: sitting, waiting and wondering.

If you're new to the realignment train, take this advice: grab a beverage, hold on tight, and enjoy the ride. Don't try to understand everything happening at once, because the times change with the hours.