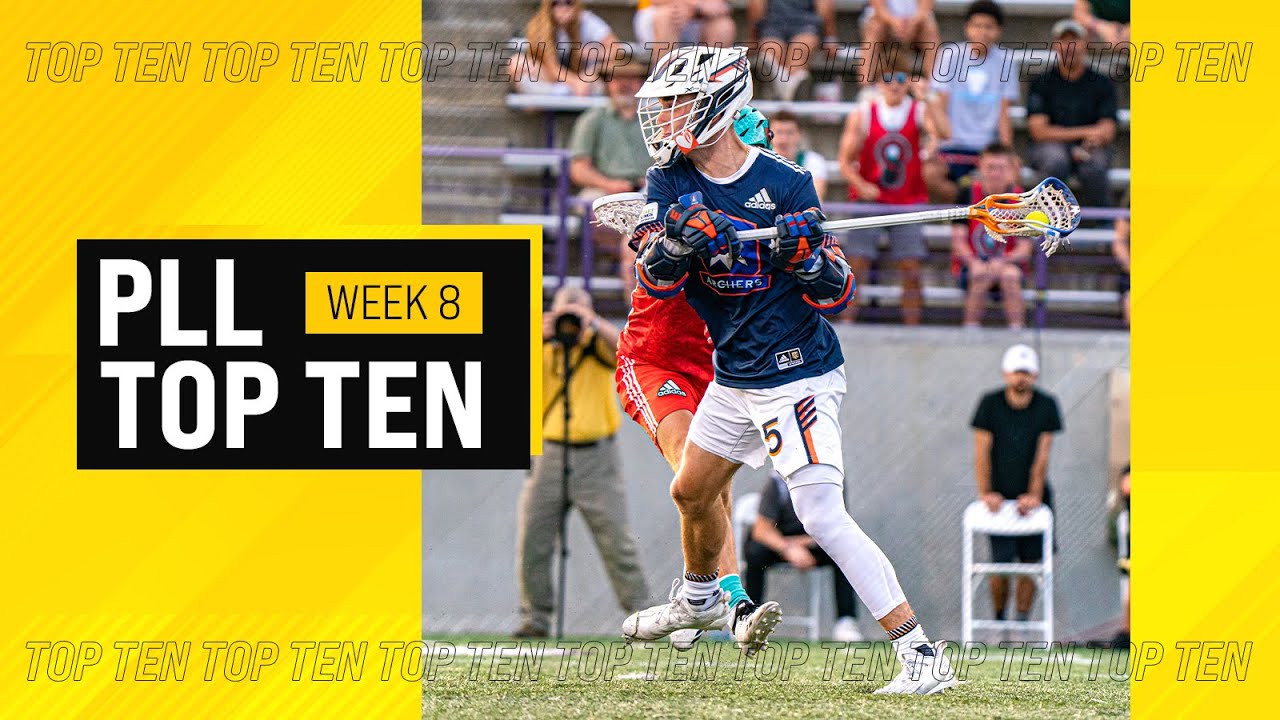 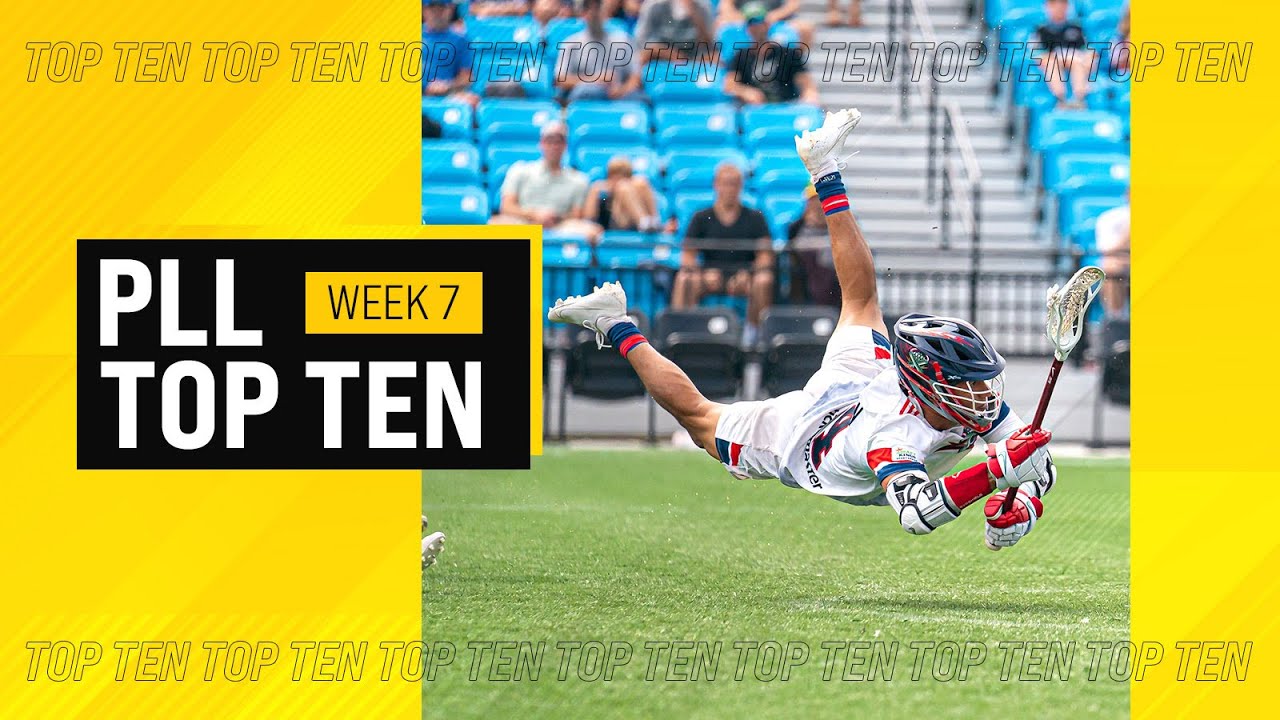 SANDY — The Premier Lacrosse League always wanted to come back to Utah.

Following the success of the PLL Championship Series last year in Herriman, the third-year league is back on the Wasatch Front.

The league will host the championship quarterfinals Friday and Saturday at Rio Tinto Stadium in Sandy, its second straight year of playing matches in the Salt Lake area.

The playoffs continue Sept. 5 with the PLL semifinals at Subaru Park in Philadelphia, followed by the championship game Sept. 19 at Audi Field in Washington D.C.

Six of the league's seven playoff teams will be in action this weekend. After clinching the regular-season title and No. 1 seed in the playoffs, Waterdogs advanced directly to the semifinals, where they await the winner of the Redwoods-Whipsnakes quarterfinal Saturday evening.

Why back to Utah?

Utah was no accident as the site of the "bubble tournament" held last summer in the midst of the COVID-19 pandemic.

The league was one of the first to return to action following the pandemic shutdown of most professional sports, choosing Utah as the site of its rebirth in large part due to the COVID-19 safety protocols implemented by the National Women's Soccer League in hosting a similar Challenge Cup tournament in the state.

PLL co-founder Paul Rabil said after the success of the tournament — so successful that they left the championship series trophy buried somewhere on "PLL island," he joked — the traveling Premier Lacrosse League of eight teams that play without geolocation was always keen to come back to the Beehive State.

"Utah's great. It's an emerging market and has been for the last decade," Rabil said. "The university has done a fantastic job of taking the program from MCLA to NCAA Division I, and we have a number of players who are based here, too."

This year shattered all sorts of viewership records, according to the NBC Sports Group, with the league's new home on Peacock and NBC's over-the-air and cable properties. The broadcast giant televised or streamed 44 total matches, including the 2021 All-Star Game live from San Jose, California, on NBC Sports Network.

That game drew 391,000 viewers in total audience delivery, a mix of NBC Sports' television programming and streaming viewership (minus Peacock), which makes it the second-most watched game in league history, and pacing of a 30% increase in viewership over 2019 in household ratings.

The regular-season match between Redwoods and Waterdogs on July 3 delivered another historic mark with 366,000 viewers on over-the-air NBC, the third-most watched match in PLL history. Other top-rated matches on television include Cannons-Archers on July 11 with 162,000 viewers on NBC Sports Network and Redwoods-Whipsnakes, which yielded 151,000 on July 10 on NBC Sports Network.

And much of the success of 2021 started in Herriman.

"It was a great moment for a nascent league like ours," Rabil said. "And then that really led to the merger with MLL and propelled us to the offseason in Year 3, where Utah was back on our road map. We felt like it would be really rewarding to give them the opening site of the playoffs."

The Premier Lacrosse League is the top sanctioned professional league for lacrosse in the United States, and the only one after absorbing chief rival Major League Lacrosse last year in a blockbuster deal.

The merger added an eighth team to the travel league, where teams fly into one location for a week of games and continue doing so for three rounds of playoffs. That team was Cannons Lacrosse Club, based on the historic MLL brand, Boston Cannons.

The club was founded in 2001, won two MLL championships in 2011 and 2020, acquired a roster of mostly PLL veterans via expansion draft in 2021 — including league founder Rabil, the former Johns Hopkins midfielder who has played in the indoor National Lacrosse League, was the first overall draft pick by Boston in 2008, and joined Cannons from previous club Atlas LC.

Of course, Rabil understands that his team may not have home-field advantage in Salt Lake City. If anyone does, it's probably Archers LC, who open the quarterfinals Friday at 6:30 p.m. MT against Chaos with current Utah assistant coaches Marcus Holman, Will Manny and Adam Ghitelman on the roster.

"A lot of those guys are personal friends of mine. They compete really hard, and that's a great club. We're fierce competitors on the field; you have to be to get here. But off the field, you recognize and empathize with the pain, the struggle, and the success. It's all connective tissue."

When are the games?

The Friday match, which will air live on NBC Sports Network and stream on NBC's Peacock, will also feature one of the league's top offensive talents in Archers' Grant Ament. The former Penn State All-American was one of five nominees for the league's 2021 Jim Brown MVP award named Thursday, including Atlas' Jeff Teat, Cannons' Lyle Thompson, Chaos' Blaze Riorden and Waterdogs' Zach Currier.

Rabil's Cannons will face Atlas in the early match Saturday, and two-time defending champions Whipsnakes will face Redwoods in the final quarterfinal.

Here's the complete schedule for the weekend:

All games on NBC properties can also be streamed live on the NBC Sports app and Peacock TV.

"I think lacrosse is the best game in the world, and it's also the oldest sport in North America," Rabil said. "What we've built in the PLL are the best players in the world, competing at what they do when everything is on the line. That's what you get in a playoff game.

"It's super fast, and the competition levels are at an all-time high. It's just like the NFL and NHL playoffs, and that's what we have for fans in Salt Lake City."